Sex, eyeliner-drenched mugs, and rock and roll. To some, that may be the root aesthetic of a rock and roll lifestyle, and is, but there are more layers to musical madness, which Grace McKagan peels back in the new single “Baby That’s Rock N Roll.”

Produced with Isaac Carpenter and bandmates Blues Williams, and Trent Peltz, “Baby That’s Rock N Roll” was initially written during the pandemic in 2020 and recorded in McKagan’s hometown of Seattle during the spring of 2021 and touches on the idea of a rock and roll lifestyle, which isn’t what it always appears.

“Baby That’s Rock N Roll” speaks to the current mainstream attitude towards rock music, and how distorted it is from the original depth and authenticity from which it was derived, says McKagan, who recorded the track in her hometown of Seattle and produced it with Isaac Carpenter and bandmates Blues Williams, and Trent Peltz.

Now further removed from her earlier days with the punk band The Pink Slips, McKagan’s more recent solo releases, including “So Lucky,” “So Hyper” in 2020 and lovelorn “One You Love,” in 2021, reflect more of her punk and classic and gazing rock influences. The first track off her first solo EP, featuring a collection of more uptempo songs, “Baby That’s Rock N Roll” balances her “rock n roll and electronic moods.”

“Baby That’s Rock N Roll’ marries both the rock and electronic aspects on the first EP,” says McKagan, whose second EP, out in the fall of 2022, features more emotional tracks. “It’s perfectly down the middle. The narrative flow in ‘Baby That’s Rock N Roll’ follows a story of somebody living a life of what they believe is living like a rockstar.”

Moving through sepia-filtered scenes, the video follows McKagan cruising through Malibu, Hollywood, and throughout Los Angeles on the back of a motorcycle, moving pictures that are very rock and roll—or not—depending on one’s perspective of the lifestyle.

“I’m not the guru on what rock is or isn’t, but the personification of the genre has evolved a lot, especially in these past couple of years,” adds McKagan. “Studs, dirty sex, a guitar riff on a pop song, and wearing eyeliner doesn’t quite equate to rock n roll in my eyes, but on the plus side let’s celebrate that guitars are back.” 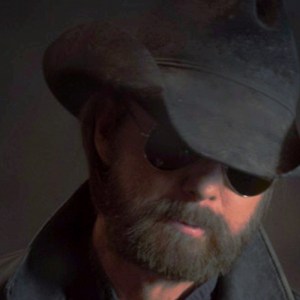