Still led by cofounder Ray Benson, Asleep at the Wheel has appeared on the show 11 times, including its 2015 induction into the Austin City Limits Hall of Fame. The retrospective features clips from each decade of the band’s and show’s existence, including performances with Willie Nelson, Lyle Lovett, Vince Gill and the Avett Brothers. The setlist starts with a rendition of AATW’s first and biggest hit, “The Letter That Johnny Walker Read,” a top-10 country single — one of more than 20 that made their way onto Billboard’s country singles chart. Benson and the band have also released 31 albums, earning 30 Grammy nominations and nine awards.

Among countless other accolades, Benson became the second Texas State Musician in 2004. AATW earned the 2009 Americana Honors & Awards Lifetime Achievement Award for Performance, and Benson earned the 2011 Texas Medal of the Arts award in music. When 60 Minutes correspondent Scott Pelley, the night’s emcee, introduced Benson, he cracked, “Although he was born in Philadelphia, and therefore highly suspect, there is no denying that Ray Benson is a true Texas icon.”

One of the band’s ACL appearances featured the Texas Playboys, the band that backed Texas native Wills when he became known as the king of western swing. That eclectic uptempo hybrid of jazz, blues, country and boogie-woogie music inspired Benson to form Asleep at the Wheel with Lucky Oceans and Leroy Preston in Paw Paw, West Virginia. After the band gained attention in the Washington, D.C., area, Commander Cody & His Lost Planet Airmen encouraged Asleep at the Wheel to move to California. Then Van Morrison praised them in Rolling Stone, which led to a recording contract and meeting Willie Nelson, who talked them into moving to Austin.

They fit right into Austin’s cosmic-cowboy scene, where artists who mingled various musical styles drew diverse fans who also mingled happily, sharing joints and bonding over music. Over the years, the 6-foot-7 Benson has become a towering presence in Austin’s and America’s music scene, cofounding the Rhythm and Blues Foundation, hosting annual birthday fundraisers and emceeing countless others, as well as building what might be country music’s largest musical alumni association; over 100 players have performed in the band. Some appeared in the stage production, Ride With Bob, a historical-fiction musical in which Benson imagines meeting his inspiration. He also recorded two Grammy-winning tributes to Wills, including one with that title. AATW also has presented the opening performance at every Austin City Limits Festival.

In an interview aired during the Americana Music Association Foundation’s virtual Thriving Roots conference last week, Benson said the ACL retrospective is the first of many special events planned to mark the band’s golden anniversary, including a new album coming in early 2021. Benson, who has survived both COVID-19 and Hepatitis C (leading to his role as an awareness-raising spokesman), is undoubtedly itchy to return to the stage with his band, where he’s likely to drop witticisms such as his favorite career observation, which he repeated to Pelley: “Being Yankee and Jewish is not the way most country singers make it.”

ACL Presents: 50 Years of Asleep at the Wheel setlist:
(dates note years the song was performed on ACL) 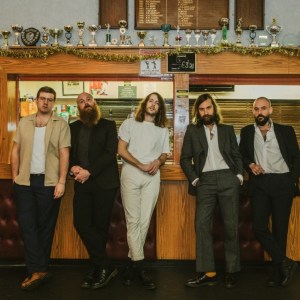 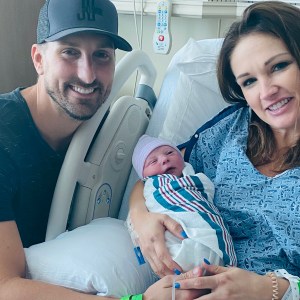