Though he had no love for rock & roll, he recorded a few of the modern songs, but all with that special Sinatra flair

Sure, the crooners came from a different era. It was the age of melody, when a songwriting team wrote one song that two dozen singers and bands would record. Great songs were great because everyone was humming them or whistling them or dancing to them or listening to them in the car or the market. Sinatra entranced one and all with the smooth lustre of his voice, the essence of cool, crooning always through those wee small hours.

Those hours once wee and small got loud as bands started rocking around the clock. And the world wasn’t ever quite the same. Sinatra and his fellow crooners weren’t relevant the way they once were, when romance was still a slow dance in the moonlight. Sinatra was known to secretly detest rock & roll, but he kept it to himself. For quite a long time anyway, playing it cool.

There is one time when he discussed rock and roll that he seems to be expressing some serious doubt about the value of the new music. Perhaps people are being over-sensitive or reading too much into this, but many are convinced Sinatra, a champion of the songwriter for decades, is openly admitting here not only his true discontent at the state of American popular song, but his disappointment in the new songwriters of the day.

FRANK SINATRA: This music is the most brutal, ugly, degenerate, vicious form of expression it has been my displeasure to hear, and naturally I’m referring to the bulk of rock ‘n’ roll…. It fosters almost totally negative and destructive reactions in young people. It smells phony and false. It is sung, played and written for the most part by cretinous goons and by means of its almost imbecilic reiterations and sly, lewd — in plain fact, dirty — lyrics, and as I said before, it manages to be the martial music of every sideburned delinquent on the face of the earth.”

According to his pals, he talked of walking away completely when The Beatles took over, but he didn’t. He tried his hand at it, and his voice, recording a rock and roll song in the early rock era of 1951, “Castle Rock” by Ervin Drake, J. Shirl, and Al Sears. It’s got a real rock and roll feel, though with much lush lustre as played by Harry James and the Orchestra.

Imagine though replacing all the horns with electric guitars, and Harry James’ trumpet solo with an electric guitar lead. If you did that, it would sound a whole lot like real rock and roll. But with Sinatra singing. Let’s face it. The man doesn’t rock, he swings.

Other songs from the era he cut included the Lennon & McCartney song he famously said was his favorite, “Something.” Which George Harrison wrote, of course. (Close enough – same band.)

Frank was famous for changing lyrics, which would work with those Sammy Cahn words and make Sammy laugh back in the day. With “Something,” except for his addition of one spirited “Jack” he’s fairly restrained.

With “Mrs. Robinson,” however, by Paul Simon, he evidently felt the lyric was good, but needed more. A lot more. Which I’m sure thrilled Simon, as did Sinatra’s hip disregard of the rhyme scheme or such old-fashioned concerns. He took Dimaggio, whoever that was, out of the song, and added some character of his own.

In 1970, he made Watertown, a whole song cycle of hip songs of the era all written by Bob Gaudio & Jake Holmes, the title song of which is included.

Also included is one record that seems to have answered every question about this merger of generations, the romantically lethal “Bang, Bang (My Baby Shot Me Down” by Sonny Bono. Frank wears this one like an old suit from the 30s. And he’s styling. 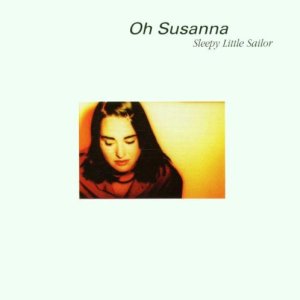 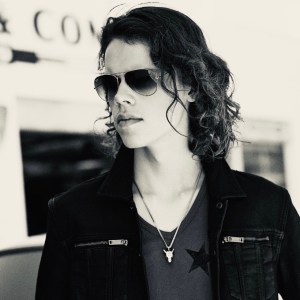