Held annually in scenic Floyd, Virginia, the 12th edition of FloydFest had a strong West Coast feel to the festival, drawing numerous acts touring from across the other side of the country, playing beneath sunny and warm skies, typically known in Southern California, in addition to the brisk and rainy weather normally found in the Pacific Northwest.

Brooklyn-based The Spirit Family Reunion opened on the headlining Dreaming Creek Stage with their homegrown Americana music, touring with their self-titled EP.

Langhorne Slim & the Law continued on the Dreaming Creek Stage. Born Sean Scolnick, the  Pennsylvania-born and Portland, Oregon-based singer-songwriter known as Langhorne Slim and his bandmates (David Moore on banjo and keys, Jeff Ratner on bass and Malachi DeLorenzo on drums) kicked off the festival in fine fashion, with their upbeat alt-country and rock & roll, playing in support of their latest release, the acclaimed The Way We Move.

On the Streamline Stage at Hill Holler, the high octane punk-bluegrass act Larry and his Flask, from Redmond, Oregon, charged through a rip-roaring set touring behind their newest album By The Lamplight.  Consisting of brothers Jeshua (contra bass and baritone) and Jamin Marshall (drums and vocals), Ian Cook (lead vocals and electric guitar), Andrew Carew (banjo, trombone and vocals), Dallin Bulkley (acoustic guitar and vocals), Larry and His Flask fired up the Streamline Stage crowd, dancing, stomping and crowdsurfing as FloydFest headed into the evening hours.

Gypsy punk legends Gogol Bordello continued the frenetic pace of the festival’s opening day as the sun dropped below the Appalachian Mountains.  Led by singer and guitarist Eugene Hütz, the eight-member New York City-based group hit the Dreaming Creek stage on a roll, entertaining the crowd by playing across their catalogue and notably from their new release and 8th full length album Pura Vida Conspiracy.

Closing out the headlining stage on the first night of FloydFest 12 were The Lumineers, riding a wave of immense success from their self-titled album over the past year, as well as the roots music revival in the United States over the past few years.  The Denver-based folk rock trio, led by Wesley Schulz (lead vocals and guitar), Jeremiah Fraites (percussion, mandolin and vocals) and Neyla Pekarek (cello and vocals), with touring members Stelth Ulvang (keys) and Ben Wahamaki (bass), had festival-goers on their feet, dancing and clapping throughout their performance.

Ending the first night on the Streamline Stage were Americana and roots stalwarts Railroad Earth, hailing from Stillwater, New Jersey, played tracks from their six albums, including their self-titled 2010 release, and thrilled the crowd into the early morning hours. 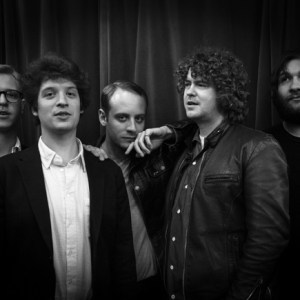 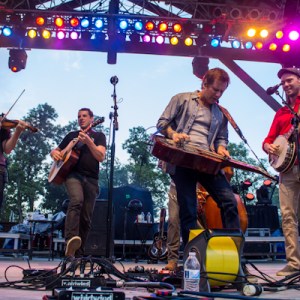