BOSS knows a thing or two about effects, so it comes as no surprise that they just released an impressive new guitar and bass multi-effects pedal named the GX-100 (Amazon, Sweetwater) .  Imagine all your favorite effects rolled into one unit. One of the unique features of the GX-100 is the 23 AIRD (Augmented Impulse Response Dynamics) amplifier models, which are very realistic and aimed at tube simulation.  It has over 150 effects built-in and the capability of stinging 15 different tone blocks for creating your own personal sounds. Editing of the BOSS GX-100 can be accomplished via the controls on top of the pedalboard or by using the BOSS Tone Studio app to tweak the sounds. The LED screen on top is also a full-color touch screen that is easy to view in daylight or on a dark stage. All of the foot pedals are assignable, and you can even select or load the speaker output of your choice. The built-in expression pedal is smooth and can double as a volume pedal or wah wah. Connectivity on the BOSS GX-100 includes a single instrument input, left/right output, headphone output, effects send/return with ground lift, amp control, and expression control, MIDI out/in, optional Bluetooth, and USB for computer connection.

Build Quality:  Everything about the GX-100 reflects BOSS craftsmanship with the metal enclosure, metal expression pedal, and no noise footswitches. Plus, a touch screen full color LED screen.

Sound and Tone:  The demo unit that American Songwriter received for this review sound incredible right out of the box.  The preset sounds are already massive and once you spend the time editing them to your taste it makes this pedal an even more powerful device.  The AIRD amp sounds are smooth and realistic, and the chorus is lush and the Tweed sound was spot on.

Hardware:  The BOSS GX-100 comes with the multi-effects pedal and the BOSS Tone Studio app is free. It also includes the power cable, but the Bluetooth model is optional.

PROS:  The BOSS GX-100 is the most diverse multi-effects pedal with the most features of any that I have played or owned.  The full color LED touchscreen and no-noise foot switches take this to the next level for operation. Having 23 amps and 150 different effects to play live and in-studio is also amazing.  The BOSS Tone Studio App is also a pro in allowing you to edit via your Mac or PC.

Cons:  For some of the sounds you will need to spend time editing them to your taste and if you don’t like to edit in a virtual world or on a multi-effects pedal then the GX-100 might not be your cup of tea?  But you can also use the knobs and touch screen on the pedal to accomplish most tweaks.

Verdict:  BOSS really did their homework when creating the GX-100 it is a powerful music-making machine that can handle and exceed the needs of most musicians for guitar and bass.  At $599.99 street you’re getting 23 virtual amps and 150 effects in a multi-effects pedalboard that sounds incredible, is heavy-duty, and only weighs 7.75lbs. I would recommend purchasing a carrying bag to protect the GX-100 and the Bluetooth option is a good idea also. If you’re looking for the most powerful multi-effect pedal on the market right now, the BOSS GX-100 is it.

Buy on Sweetwater
Buy on Amazon 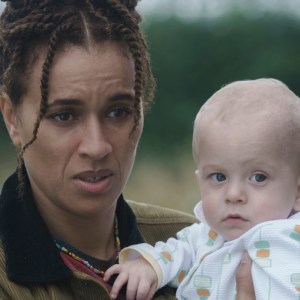