The highly-anticipated limited series, Georgy & Tammy, starring Jessica Chastain and Michael Shannon, has landed a home on the Showtime network with the first episode airing on December 4, 2022.

The six-part series follows the relationship of the country music power couple, Tammy Wynette and George Jones, as they create some of their biggest hits and navigate their at-times turbulent marriage.

“It was fascinating to me that someone like Tammy Wynette, who sang all these songs like ‘Stand by Your Man,’ also was married five times,” Chastain previously told Vanity Fair of the role, which she says she researched extensively. “I was excited about this woman who was married and divorced multiple times and struggling in Nashville and really made a name for herself on her own. She charted multiple times before she met George Jones.”

Starring alongside Chastain and Shannon will be actors Steve Zahn (The White Lotus) as ‘George Richey,’ Wynette’s last husband and manager; Kelly McCormack (A League of Their Own) as ‘Sheila Richey,’ George Richey’s former wife and one-time friend and confidante of Wynette; Walton Goggins (The Righteous Gemstones) as ‘Earl “Peanutt” Montgomery,’ a songwriter and collaborator of Jones; Pat Healy (Station 19) as ‘Don Chapel,’ Wynette’s second husband and collaborator; David Wilson Barnes (Perry Mason) as ‘Billy Sherrill,’ record producer and songwriter, and Katy Mixon (American Housewife) as ‘Jan Smith,’ a hair and makeup artist who became one of Tammy’s closest friends.

“Jessica and Michael are truly extraordinary as Tammy and George and their searing performances and undeniable chemistry bring to life the legendary relationship of the King and Queen of country music,” said Chris McCarthy, President/CEO, of Showtime and Paramount Media Networks. “The creators and the entire cast have delivered a series with the subtlety, nuance, and complexity that are the hallmarks of the SHOWTIME brand and what our viewers deserve and demand.”

The premiere episode will debut on both Showtime and Paramount Network on Sunday, December 4 at 9 p.m. ET/PT.  The remainder of the season will be available exclusively on SHOWTIME, with new episodes available on Sundays at 9 p.m. ET/PT.

Check out the trailer for George & Tammy below. 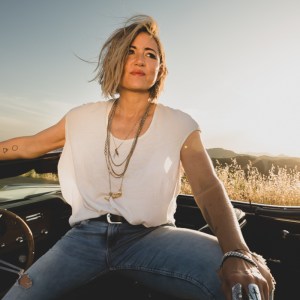