Sammy Rae & The Friends took the stage Monday at Moon Crush — the opening act for the week-long festival on Miramar Beach — with simple goals. The eight-piece collective wanted to have a great time, experience the music together with new fans, and learn.

Rae said that her group accomplished all three, and more.

“We are pretty new to the festival circuit,” she said. “We are all re-entering the world right now, and this was a new demographic from the club venues that we are used to. We really didn’t know how many people would even come out for our show, but we wanted to make sure that we played our show — even if it was just for us — and we had a great time.

“A huge part of our show is our audience, and we were overwhelmed by the reception. Honestly, I was impressed by the people who are getting into that ‘festival zone’ already. Those first rows really were energetic, and that is what we needed. It has been almost a year and a half with no ‘front row experience’ or feedback, and it was great to have that back.”

Moon Crush was designed to be a socially-distanced, live music festival. Guests purchase tickets in ‘coves’ that allow friends and family to enjoy the experience with people who are familiar to them, COVID-19 negative, and/or vaccinated. For many out of town guests, it’s also part of a vacation experience that includes rental properties or condos in the area.

Sammy Rae & The Friends were making their first appearance in support of the five-track EP “Let’s Throw a Party,” and the band leader and front woman Rae knew that playing this first show was something that could propel them into the rest of their tour dates.

“What we were able to do last night was special,” she said. “I know that I was loving it. I got to try new things. I got to see things that worked, and see what didn’t.

“Playing shows is just such a unique way to see what your fans are engaging with, how long you can carry that excitement, and what it is that they respond to. It is invaluable.”

The two singles from the EP — “Jackie Onasis” and “Let’s Throw A Party” — were both crowd pleasers, according to Rae. She said that the positive vibes were what she needed and what she believes fans needed too.

While these two tracks offer an energy that goes with horns and vocals, they also offer a message and an angle that doesn’t look back at the last year with negativity, but rather with a carefree resilience.

“I just felt like our audience wanted a feel good, dance song,” Rae said. “‘Let’s Throw A Party’ really is about the passing of time, aging, and things not in your control. It is reflective in a way, so know that you are growing as an individual. You are the same person as you were in 2019, but there has been a journey to get to where you are now, and there are things you cannot control. And so… throw a party.”

The party will continue for Sammy Rae & The Friends as the band is working on videos for both of the singles — with one set to release on May 3 — before working on a full-length album.

Currently, the group is in a ‘waiting phase,’ expecting to return to the studio by June or July. Rae said that she has yet to begin writing the new material, a process that always starts alone in her Brooklyn apartment before she brings in rhythm, horns, and the rest of the creative process that comes with a band that is more like family.

“I’m not really in the brain space for writing right now. I’m in the visual realm with the videos,” she said. “I will be very positive in this writing process though. Our goal as a band is to make sure that it is evident that we love each other and we love our fans, and that includes what and how we write.

“We want to let all of them in, let them in as friends and family. We are all odd ducks, and we are so, so grateful for the support we get from our fans. I know we will come with something that shows that love and hope. And when we get in the studio, we will look to impress. We will have new things that we learned, try new arrangements, maybe introduce new instruments!”

For the rest of the week, Sammy Rae & The Family will chill on the beach and take in the rest of Moon Crush.

It is a well-deserved respite from the EP and a reward for opening the show. And the band realizes that they, too, can take some lessons from other acts.

“We are fans, too.” Rae said. “Sheryl Crow was my first concert when I was 12. I’m obsessed with St. Paul and The Broken Bones. And Lake Street Dive is from Brooklyn, and people are always saying we need to play with them.

“We couldn’t believe that we got to play on a line-up with talents like Jason Isbell and so many others. Moon Crush was already great for us, and we are going to spend time on the beach and take in the entire event. It will get us ready for the fall.” 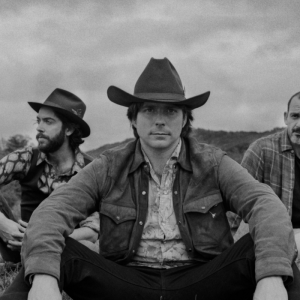 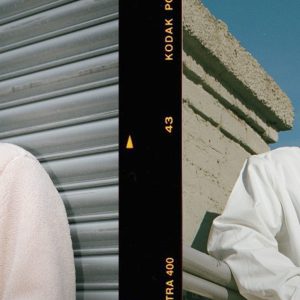