Buxton shares how despite accruing years in the industry, she is still learning to speak her mind and her heart through her music. Her newest EP, Signs of Life ending up being the perfect place for her to express herself in ways she hadn’t been able to prior.

“I’m doing what I’ve been doing my whole life; which is I wake up, I drink coffee, I go write a song, and I come home and do some other shit. That, or sometimes I then write another song in the evening, as you know. But I thought it was time to just put some music out that was like a direct little window into my heart, and I wanted it to be genre-less. I wanted it to be really open and expressive and kind of feminine and emotional, kind of a different side of me that I’ve been able to really express.”

She later speaks on the magical and effortless moments of songwriting that made it on to the EP, like with her song “By Myself.”

“‘By Myself’ literally fell out of the sky at the end of the day, in about 20, 30 minutes – really quickly. I don’t even remember anyone really writing or editing anything, it just fell out. I feel like you can hear it when you listen to it … It’s just the spirit. And I think I look at it like it’s a spirit. It’s like this energy enters the room. It’s just kind of magical. That’s the only way that I know.”

She explains that that intuitiveness and willingness to let the “spirit” or the “channeling” or the “subconscious” take over is an act that lends itself to her craft organically, but isn’t always readily accepted these days when homogenization and utilizing the “tool belt” in songwriting is often preferred in order to stay within the status quo.

“Every single time without fail, when somebody steps out and does something different than what the crowd is doing and they do it, they execute it and they kill it, it stands out,” she says. “I mean, if it’s really good, then even the people that aren’t like music snobs still love it, because it’s a universal sentiment … And it’s like a great moment. And I guess I just feel like it excites me when people go against the norm and they do something different.”

Part of the homogenization Buxton talks about is also seen within what is considered a “female” song and a “male” song, she explains.

“I can’t tell you how many men especially back in the day when it was closer to when ‘Stupid Boy’ was a hit. I think it was out in 2007. And especially those maybe eight to 10 years after that, men would come to me and say, ‘Pitch me another stupid boy’ … And I just don’t think they can hear it. It’s like they think when they hear a female’s voice singing an emotional song like that it’s a woman being emotional. Men have a harder time tapping into the fact that it’s okay for you to sing a song that’s vulnerable and emotional.”

In this way, Buxton has had the unique opportunity to see many facets of the music industry as a seasoned veteran in her field. 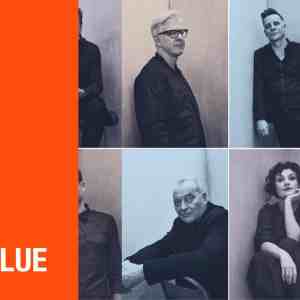 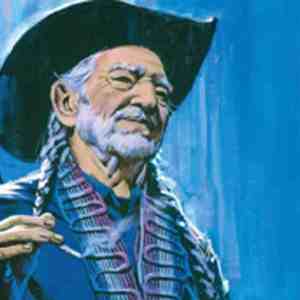