What does the new year hold for Gwen Stefani? In a recent profile for the Wall Street Journal, the pop star talked about everything from holiday traditions with husband Blake Shelton and their life after The Voice to her upcoming New Year’s performances and the fate of the band that kickstarted her career.

“Anything can happen,” she said of the possibility of a No Doubt reunion. The California-formed pop rock quartet dominated airwaves and coming-of-age movie soundtracks for most of the 1990s and early 2000s with a catalog full of colorfully edgy hits like “Don’t Speak,” “Spiderwebs,” and “Just a Girl.”

The group has reunited several times, including for the 2012 release of Push and Shove, which followed their 2001 album, Rock Steady. In between reunions, Stefani has served as a coach on The Voice, where she met her husband. Along with a handful of solo albums, she has also become a mainstay in Sin City with her Las Vegas residency.

“I have no idea what’s going to happen with No Doubt,” she continued. “We haven’t really talked about doing anything, but it feels like everyone is, right? All the ’90s people — Blink-182 did an eight-month tour that sold out in like five minutes.”

In March 2021, the No Doubt conversation was brought up, as well. On Jimmy Kimmel Live!, Stefani, again, explained her openness to the idea of a reunion. “When the Tragic Kingdom had its 25th anniversary… it was actually quite nostalgic to watch everybody posting,” she told the host, recalling the anniversary of the group’s third album. “I didn’t know I was going to feel like that. It was kind of weirdly depressing. It was kind of nostalgic. It was a very strange feeling.

“I have no idea what the future is with the band,” Stefani explained on the late night show. “I never would have imagined that we would have put the 30 years into it that we did in the first place, you know?” 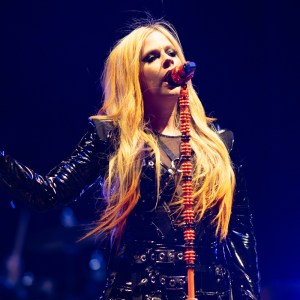 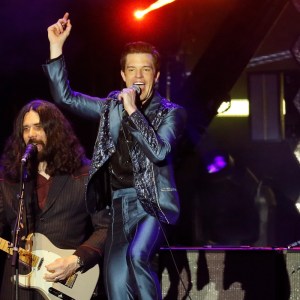