The Killers are no strangers to adding covers to their live sets. This year alone, Brandon Flowers and co. have teamed up with the likes of Bruce Springsteen, Lindsey Buckingham, and Johnny Marr.

For a show at Australia Qudos Bank Arena on Monday (Dec. 19), the group brought out America’s Gerry Beckley for a cover of their 1975 hit “Sister Golden Hair.”

While the band has been in Australia, Flowers has joined Sharon Van Etten at her show in Melbourne to sing Angel Olsen’s part in their duet “Like I Used To.”

As previously mentioned, the band brought out Marr for a cover of The Smith’s “Please, Please, Please Let Me Get What I Want.” For Springsteen’s appearance at a New York show, the group played Springsteen’s “Badlands” and “Born to Run” and The Killers’ “A Dustland Fairytale.”

The Killers are slated to remain on the road through next year. They are set to headline both Reading and Leeds in the U.K. and Atlanta’s Shaky Knees. Find their full run of tour dates, here.

The group was last heard on their 2021 album Pressure Machine, though they have already started to tease its follow-up with the single “Boy.”

Flowers has said of the song, “This was the first song written after we had to cancel the Imploding The Mirage tour due to the pandemic. I had recently moved back to Utah and started to make trips to Nephi, where I grew up. I found that the place I had wanted to get away from so desperately at 16 was now a place that I couldn’t stop returning to.”

He continued, “I have a son approaching the age I was at that time in my life. With ‘boy,’ I want to reach out and tell myself—and my sons—to not overthink it. And to look for the ‘white arrows’ in their lives. For me now, white arrows are my wife, children, my songs and the stage.” 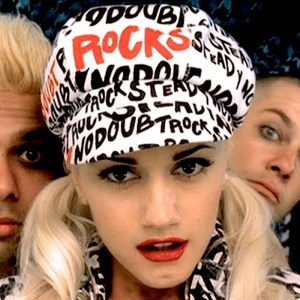