After the announcement of his sophomore album, the mockingbird & THE CROW, HARDY will take flight next spring.

The country singer-songwriter will embark on a 16-date headlining trek across the United States in support of his forthcoming album.

“I’m incredibly grateful to be able to bring this record to you next year. Touring it is something I’ve been thinking about since we started the recording process,” HARDY said in a statement, assuring the tour will bring fans a mix of fan-favorite country-rock anthems and fresh, new tunes all in an energetic and eclectic live set.

“[the mockingbird & THE CROW] is my best work so far,” the artist continued. “I truly believe that, and I want this tour to reflect that every night.” HARDY also expressed his excitement for friends and supporting acts Blame My Youth and Jameson Rodgers to join him on the road for this tour. “It’s going to be crazy,” he added.

The tour kicks off on the heals of his album’s release on Jan. 20. Beginning on Feb. 16 in Indianapolis, Indiana, the run of shows will come to a close in late April in Irving, Texas.

Pre-sale tickets are available now and will be on sale everywhere on Friday (Oct. 14) at 10 a.m. local time. 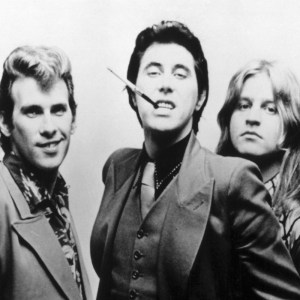