For a songwriter to have a song recorded by Frank Sinatra was an honor beyond any other. Sinatra recorded 84 songs by Jimmy Van Heusen.

“I always have thought that if you can grow yourself a Jimmy Van Heusen,” said Ry Cooder, “you have a society. You can say that it is a real society now. This is a real group of people who have evolved in this talented way.”

In Van Heusen’s catalog of more than 800 songs, at least 50 of them are undisputed standards, including “My Kind of Town,” “Come Fly with Me,” “Here’s that Rainy Day,” “Love and Marriage,” “All the Way,” and “Call Me Irresponsible.”

So great was Van Heusen as a composer that after his death, lyricist Sammy Cahn, his most frequent collaborator, continued to write new words to his tunes.

At a tribute to Van Heusen in 1991, Sammy recited new lyrics for his absent friend to the melody of their classic song, “But Beautiful”:

James Van Heusen was the best
As this evening did attest
But beautiful.
Beautiful in every note, in each and every bar
Right from ‘Rainy Day’ to ‘Swinging on a Star.

Paul Simon once said that a songwriter’s supreme challenge was being complex and simple at the same time; writing songs with lasting depth that are also simple enough to be memorable. Van Heusen was a master at this kind of song. His music was complex, with deeply rich chord changes any jazzman can embrace, but also possessed catchy, crystalline melodies of exceeding singability.

His songs were meant to be sung, not just listened to, and they were sung by the best, with Frank Sinatra and Bing Crosby at the top of that list. He wrote songs about hope for a hopeful time, such as the classic “Swinging on a Star,” and “High Hopes,” which JFK used as his theme song.

His real name was Chester Babcock (the “Van Heusen” moniker derived from a billboard for Van Heusen collars), and Frank, who wore his pals as close as one of his custom-tailored suits, called him Chester Babcock. Frank also entrusted him with the frequent chore of holding his cash, and would flash him the signal of the cross when he wanted Jimmy to “duke” someone, whether it be a waitress, busboy, valet or other, usually about 150 bucks.

Jimmy was close to Frank because he and Cahn not only wrote the songs that suited his unique phrasing and his cashmere tone-they wrote songs that fit his persona. Both he and Sammy vicariously enjoyed the existence of Sinatra, whose ability to live large was legend. They would write songs as themes for Sinatra’s movies, such as “The Tender Trap,” written to that title. They would write songs to open and close Sinatra’s albums. If Sinatra snapped his finger for a new song, they quickly delivered.

Sammy would write the lyric first, and Van Heusen-decades before Elton John would instantly transform a Bernie Taupin lyric into a hit in mere minutes-would briskly craft a melody that fit the lyric, fit Sinatra’s style and stood as architecturally sound as Sammy’s perfect rhymes and cleverly crafted words.

“If Sinatra wanted a song in the morning,” Sammy told me, “he’d get it in the afternoon. Seriously. We spoiled him.”

“Sinatra,” Van Heusen told the BBC, “he’s the greatest. Because he chooses his craftsmen and he let’s them do their job. He never masterminded or criticized a song.”

Though his process with Cahn was almost always words-first, occasionally this would switch. While writing songs for the TV film of Our Town, Sammy adopted the title of the play’s second act, “Love and Marriage,” and asked Jimmy for a piano vamp. Van Heusen played him a major-chord progression that spoke of both romance and fidelity, and Sammy improvised the now famous opening almost instantly, “Love and marriage, love and marriage, go together like a horse and carriage.”

He was born in Syracuse, New York in 1913, the same year that Sammy Cahn was born. His first job was as a DJ on a local station, during which he’d invite listeners to send in lyrics that he’d set to music. Recognizing his genius both with melody and with making lyrics sing, he moved to New York in 1928 to set up shop in Tin Pan Alley. His friend Jerry Arlen – brother of Harold – opened some doors for him, and soon he was writing songs for Harlem’s legendary Cotton Club.

Like Irving Berlin, whom he idolized, he was gifted at writing songs that transcended race. His “Harlem Hospitality” was recorded by Cab Calloway and was his first published song. His grand-nephew Brook Babcock, who works valiantly to maintain Jimmy’s legacy, quotes him as saying, “When I saw my name on a printed song copy, I was then and there a songwriter forever.”

In 1939, Benny Goodman recorded a chain of his songs, starting with “Darn that Dream,” and his career was golden. With Johnny Burke, he wrote many songs for movies recorded by Bing Crosby, then the world’s most popular singer. Burke and Van Heusen, according to Cahn, were songwriting royalty, the original “A Team,” creating classics for Bing’s velvet voice. When Burke’s health began to flag, Jimmy teamed up with Cahn, and like Rodgers finding Hammerstein, another great songwriting team was born.

He remained a bachelor until he was 57, flew his own planes, and according to Brook, loved being the life of the party.

“He was a night-owl,” said Brook. “He loved working to the wee hours in the morning, and was considered the go-to guy because he was usually available.” I

n 1961, Van Heusen was described by a newspaper writer as the opposite of a genius songwriter who locks himself away from the world to “create.” He was “charming, personable and witty, with laughing eyes and a great sense of humor.”

He lived until 1990, recognizing the lasting value of his work by leaving his estate to his family, and also by leaving a lasting legacy of hopeful, shining songs to the world. 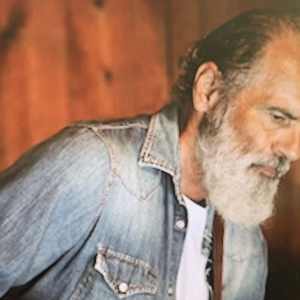 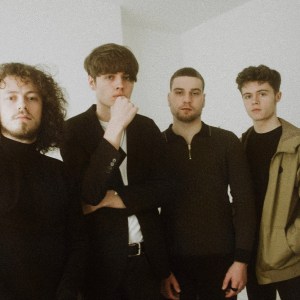