Grantham, U.K.-born singer-songwriter, Holly Humberstone, grew up in an old, rickety wonderland of a house. It was her childhood home and the place where she was raised by her art-loving parents, encouraged to pursue music as much as any other subject, and where Humberstone wrote many of her first songs. That old home was also the primary subject of Humberstone’s debut EP, Falling Asleep at the Wheel, which the artist released in 2020. Today, after she’s moved from the house and felt the sting and surprise of the world beyond her original borders, Humberstone has become steeled by what she’s exposed herself to, while still maintaining affection for her first home. Now, the songwriter is set on a new journey, which begins today with the release of her latest single, “Scarlett,” and her forthcoming sophomore EP, The Walls Are Way Too Thin, out on November 5.

“It’s very old,” Humberstone tells American Songwriter of her childhood abode. “We were told recently it’s too old to live in now; we have to move out soon. My parents are looking for places elsewhere. The day we leave this house, it’s going to be such a day. One I’ve been dreading and trying not to think about.”

Humberstone, who grew up in “the middle of nowhere” in the very rural countryside, wrote and released her first single from the EP about the place. She called the song, “Haunted House.” The track is about the candle flames, the howling ghosts, the piles of books and cracked CD cases, the curling staircase, and old chandeliers with which she grew up. Home is where your home is. The track lets the house go before she’s had to do in real life. Because when she first left it to go to university to study in Liverpool after high school, she had to confront the breakage.

“I went through all of these weird changes,” Humberstone says. “I moved to Liverpool and I moved to London. Everything around me was so unfamiliar. I felt quite lost and confused. I didn’t have much to latch onto.”

But slowly, despite the depression, despite the unfamiliar times, Humberstone was building a career—even if it wasn’t always so evident. As a kid, music was everywhere for her and her three sisters. It seamlessly became Humberstone’s preferred mode of expression and so she dove in. In high school, as her friends were following the songs on the radio, she listened to her parents’ more eclectic collection and wrote song after song. Success seemed like such a faraway thing. But thanks to a bit of advice, Humberstone got her break. A friend asked if she’d heard of BBC Introducing, where up-and-coming artists can upload songs. So, she put some demos on there and within a week, she was doing professional recording sessions.

“That’s how my manager found me,” she says, “how my team found me.”

Humberstone calls it luck, but while maybe some serendipity is important, those who dig her do so for her depth of feeling interwoven for her subtle sparks of pop music splendor. For someone who’d grown up away from the spotlight and whose peers were all becoming lawyers and doctors out of high school, Humberstone feels grateful for landing in a place where she could write more music for her day job.

“Writing has always been my space to vent,” she says, “ and work through everything and put all my confusing thoughts into a simpler format, which is a song.”

For her newest release, Humberstone mined those feelings she had after leaving her childhood home, those seemingly endless days and nights out on her own, navigating roommates, new surroundings, new expectations, and that longing pang one feels when one just wants to be back with familiar loved ones. Yet, Humberstone forged ahead. She booked recording sessions in the big city, she worked and worked through. One of the new friends she made was with someone named Scarlett, who Humberstone feels great joy with and reverence for. So, when she saw Scarlett struggle with a nasty breakup, Humberstone knew she had to write something.

“She’s such a one-of-a-kind person,” Humberstone says of her friend. “She’s one of the weirdest, wackiest persons I ever met.” So, she says, seeing her friend in pain “pissed me off.” The new song helped. It helped crystalize a conversation and the real-life Scarlett has since moved on from the shlub. It’s just one more example of the power of music in Humberstone’s life. For as she says, music is ever-mutable, changeable—really, it’s simply infinite.

“It can be anything,” Humberstone says. “No rules. You can use it in the way you want to use it. Creating music is such a cool thing. There are no boundaries. It’s my form of therapy and my job, as well, which is so sick.” 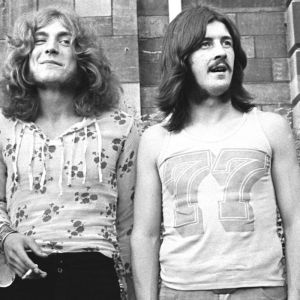 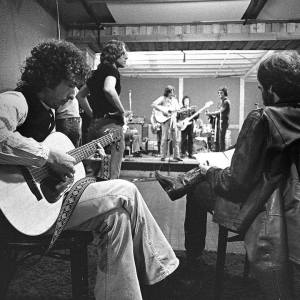