Though some songs originate with certain artists, they are really owned by different ones. For example, “I Will Always Love You” was written by Dolly Parton but it’s become a Whitney Houston song. Even Parton, herself, acknowledges this.

Another great example of this phenomenon is “Hurt.” Originally written by Trent Reznor and Nine Inch Nails, the song is much more considered, these days, a Johnny Cash number. Let’s dive into why.

Originally written for Nine Inch Nails’ second LP, The Downward Spiral (1994), “Hurt” was written by Reznor and was released officially as a single on April 17, 1995. The song later went on to receive a Grammy nomination for Best Rock Song the following year.

“Hurt” includes references to self-harm and drug addiction. Some believe the track is ultimately a sonic suicide note while others argue that it describes the flickers of hope one might feel amidst severe bouts of depression and sadness.

To begin the song, Reznor whisper-sings:

Seemingly with each note and with each word, the song continues to ramp up. Later in the track, Reznor continues:

What have I become?
My sweetest friend
Everyone I know goes away
In the end

And as the song crescendos, moving into the denouement, Reznor concludes: 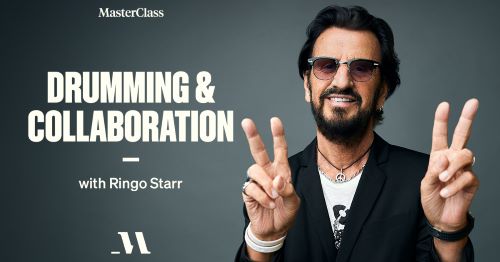 The music video for the original Nine Inch Nails version of the song features a live performance by the band that was recorded before a show in Omaha, Nebraska on February 13, 1995. The audio from this version can be found in various subsequent NIN releases.

The imagery for that video includes provocative subjects like war atrocities, a nuclear bomb test, survivors from the Battle of Stalingrad, a snake looking into a camera, a time-lapse video of a fox decomposing played backward, and more. The video was emblematic of the tone of Nine Inch Nails, which was polarizing a band in the ’90s as it was talented.

During the band’s Dissonance tour in 1995, Nine Inch Nails opened for David Bowie. On some of those dates, Bowie sang “Hurt” with Reznor. This was the conclusion to the NIN portion of the set, which then led into each of Bowie’s sets.

Years later, “Hurt” by Nine Inch Nails was used in the finale of season two of the popular for-adults cartoon series Rick and Morty. The song was also used in the trailer for the Marvel movie Logan.

Cash, who died in 2003 at the age of 71, covered “Hurt” in 2002 as part of his Rick Rubin-inspired American Recordings series, in which Cash covered a number of popular and standard songs. Upon hearing the rendition, Reznor praised Cash’s interpretation, specifically for its “sincerity and meaning.” Reznor also said that the “song isn’t mine anymore.”

The Cash version resonated so deeply with listeners largely because of the vulnerability in the performance of the song. Cash’s music video for the track, directed by Mark Romanek, is today considered by many to be one of the greatest music videos of all time.

When Reznor was asked if Cash could record a rendition of the NIN song, the rock frontman noted he was flattered but wondered if the song might come across as too “gimmicky.” But the music video and Cash’s recording assuaged his worries.

Said Reznor, “I pop the video in, and wow… Tears welling, silence, goose-bumps… Wow. [I felt like] I just lost my girlfriend, because that song isn’t mine anymore… It really made me think about how powerful music is as a medium and art form. I wrote some words and music in my bedroom as a way of staying sane, about a bleak and desperate place I was in, totally isolated and alone. [Somehow] that winds up reinterpreted by a music legend from a radically different era/genre and still retains sincerity and meaning – different, but every bit as pure.”

The Cash version boasts a music video that features a montage of the legend’s early years, along with visuals of his later stages in life. Spliced between imagery of fruit and flowers in decay, the evocative images show, in essence, a life in bloom and a life withering.

Cash was 71 when the video was filmed in 2003, and suffering from serious health problems. His time was running short and his frailty is clearly evident in his rendition’s music video. Cash died just a few months later. And Cash’s wife, June Carter Cash, who is shown in the video staring at her husband in two sequences, died that same year in May.

The video, shot in Cash’s longtime home, which has since been destroyed in a fire, has since won major awards and distinctions, including being named in the Top 30 all-time best music videos by Time and earning a ranking of No. 1 all-time by NME.

While it may seem silly to cover the song given the amazing original version and its indelible rendition by Cash, others have given it a shot.

Perhaps most notably, the British-born folk band Mumford & Sons offered their version. Mumford & Sons had performed the cover as a ballad at Quicken Loans Arena in Cleveland, Ohio, where Reznor first made his musical name. The band has since done it in subsequent shows, too. 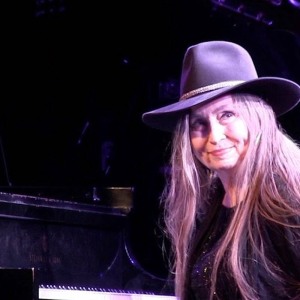