The 6th annual ASCAP Expo got musicians and songwriters out of the dark clubs and into the light for 3 days of check out panels, do some schmoozing and even hear a little music. The Renaissance Hollywood Hotel served as host from April 28-30 to attendees from around the globe. Over 2,500 badges were handed out to folks coming from 42 states and 14 countries.

This year’s theme was “I Create Music,” and the opening panel certainly featured two creative musicians: legendary songwriter/producer Van Dyke Parks and clever singer-songwriter Rufus Wainwright. The two go way back – Parks helped Wainwright get his first record deal – and it showed in their fun rapport together. The sagacious Parks shared stories from his long career, revealing how he turned down joining the Byrds because he “didn’t want to be screamed at” by ardent concert-goers and that Randy Newman impressed him with the battle plan he had to create story-songs and avoided “the problem of self-revelation.” While Parks proclaimed that America totally succeeded in exporting rock around the world, he said his interests run to indigenous roots music, like calypso. He suggested that songwriters “go everywhere you need to go to be inspired,” adding that “individuality is a case that should be made in music.”

Wainwright jokingly explained that one reason he likes opera is because “you don’t understand a damn thing.” He believes that high culture now offers a “bit of a refuge – (where there’s) music for music’s sake.” He described himself as “an unholy alliance” between his father’s (Loudon Wainwright III) and mother’s (Kate McGarrigle) songwriting styles – Loudon being more mechanical/analytical and Kate being spiritual. However, he also talked about being inspired by Nina Simone’s music; he loves the way she welded classical sensibilities and pop flair, “and not to be afraid of being too dark or too depressing.”

Both men played a couple songs at the piano. Parks performed an old calypso tune, “Roosevelt In Trinidad,” which revealed his historical, observational approach to music. Wainwright, meanwhile, shared his more personal song, “Martha,” about dealing with his mother’s ultimately losing battle with cancer. He revealed that “songwriting was the only option” to deal with that emotional situation.

One great thing about the Expo was it let participants get to the pick the brains of acclaimed songwriters. At a Thursday “master session” with Nashville songwriter titan Rodney Crowell, the audience got to ask him questions for over an hour. He talked about how he got his start in Nashville after being befriended by Guy Clark, Mickey Newbury and Townes Van Zandt. After joking that what he learned from Van Zandt was to “stay away from heroin,” Crowell rhapsodized how Van Zandt could form a “liquid combination of music and language, with no holes in works.” He also commented that today’s country music could be smarter, stating that Kris Kristofferson “aimed for the A students in Bixoli, but D students got it too.”

Crowell admitted that as he has gotten older, he has become more conscious of technique and labeled some of his early hits as poorly written. While he is “grateful for the early broad bursts of inspiration” of his youth, he now finds that he wants to get more specific in his songwriting. His goal is to have all rhymes be hard rhymes. When someone asked about getting bogged down trying to make a song perfect, Crowell responded that, “perfection is a great thing as long as you know that you can’t achieve it.” He later proclaimed that “if I tell a song what I want it to be, it’s not as good as when the song tells me,” adding that songwriters should “find the language of (their) heart.” He recommended that writer be honest with their work and be a good self-editor. At the session’s end, he was asked what song he wished he had written, he performed Van Zandt’s “Pancho & Lefty,” and got the audience to sing along with him.

Also valuable for aspiring songwriters were the Song Feedback Panels. For both the Pop/Rock and Country sessions, a panel of industry pros listened to eight different pre-selected songs and then offered their critiques to the songwriters in the audience. The Pop/Rock Panel (songwriter/producer David “DQ” Quinones, producer/composer Scott Jacoby, BMG VP Suzan Koc and musician/Universal Music VP Jennifer Blakeman) offered a nice, diverse perspective for songwriters. For a song written for a soundtrack Kuc shared how there is “no junior league” for soundtrack writing; “it must be as high quality as possible.” Quinones, meanwhile, offered more general advice that sometimes “a chorus works better as a verse” so songwriters really need to examine their lyrics. Regarding another song, Blakeman urged lyricists to make the extra effort to “find lines that create ‘chill bomb’” for listeners.

ASCAP’s LeAnn Phelan moderated the Country Song Feedback Panel, which featured producer/songwriter Ben Glover, singer-songwriter Jonathan Singleton, songwriter/record exec Chris DuBois and Big Machine A&R VP Allison Jones. Curiously, the songs selected here weren’t particularly country tunes, so the comments wound up being made for the country market and more general songwriting. In praising one song, DuBois stated that lyrics were worth extra work and recommended that songwriters “write so there are no questions for listeners.” Glover, responding to another tune, stated that songwriters need their tunes to be memorably enough to connect with the busy mom listening in her car. In general, the panelists offered suggestions about hitting the chorus more quickly, to question whether a bridge is needed for the song and, as Jones remarked, “to craft something deeply personal yet universal.”

DuBois was also part of the Indie Music Publishers Panel, which let songwriters hear from a range of executives on what they are looking for. Moderator Brendan Okrent from ASCAP started off with the smart, but sometimes overlooked, advice of researching the publishing companies and their personnel before you contact them, to see if you are a good fit. Dubois shared that it is important, particularly in Nashville (where young songwriters are teamed with more established ones), for “new writers to show up prepared.” He also revealed that in country performers nowadays are brought in to finish writing a song – “Nashville is now more artist-driven.” Disney Music’s Barbara Vander Linde commented that writers “often write for where an artist has been, not where they should go,” and echoed statements from other panels that writers should let a song go where it wants to go.

Justin Kalifowitz (president of Downtown Music Publishing) talked about how a young songwriter impressed him creating songs for him overnight. Peermusic’s Sam Kling advised songwriters to be persistent while also projecting that you’re someone who’s easy to work with. Vander Linde similarly stated that songwriters must be flexible and have thick skins while reminding everyone that “publishers are only as good as what writers give them.” Tom DeSavia, a VP at Notable Music, added the practical advice of “putting your best foot forward” when you contact a publisher and send only a song or two, not 60. All the panelists agreed that it’s helpful and wise for songwriters to make things convenient for publishers (like putting your contact info on your CD and adding your songs to Gracenote database) because publishers have little time to listen to new material.

The Expo also attracted top talent to its big “Create Music” discussions held in the hotel’s Grand Ballroom. The room was packed on Thursday afternoon for the “We Create Music” Panel featuring the Black Eyed Peas’ Fergie, hit songwriter Claudia Brant, producer/songwriters Mike Elizondo and Kevin Rudolf and musician/composer Trevor Rabin. It was entertaining, as well as informative, to hear about how this quintet started out, how they achieved their various successes and what lessons they had to share. Elizondo, for example, stated that, as producer, he is willing to do what it take to make a recording session succeed, from being a musician to playing a psychologist, while Brant said she likes to spend time with an artist before starting work with them. Fergie, meanwhile, admitted that she regrets not learning to play the piano, or Spanish, when she had the opportunity to when she was younger.

On Friday, Lindsay Buckingham was presented with ASCAP’s Golden Note Award. After a tribute montage spotlighting his years with Fleetwood Mac and as a solo artist, he sat down for an interview done by singer-songwriter Sara Bareilles. Bareilles, who admitted to being a little intimated at the prospect of this interview, led an engaging, interesting conversation with Buckingham to a full room. He revealed coming to songwriting on the late side, not really starting until he was 21 or 22 when Buckingham/Nicks formed. He called solo music-making as a very zen, subconscious process, “like a painting,” while working with a band as “like a movie” – a more conscious and more political process. Buckingham described, probably not for the first time, Fleetwood Mac as “five people who don’t belong to be in a band together, but that’s what made it so great.”

In talking about his time in Fleetwood Mac, Buckingham quoted Nietzche’s famous line: “what doesn’t kills us makes us stronger.” Besides being applicable to his Mac tenure, it can also summarize life as a musician. However, events like the ASCAP Expo can make songwriters and musicians more knowledge about their careers and, hopefully, make this life less of a struggle. 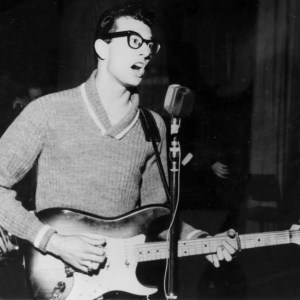 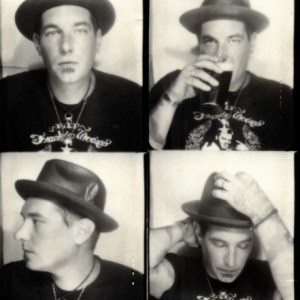