How ironic is it that we can finally look up “Americana” in the dictionary, but one of the bands responsible for putting it there has so little to do with the genre these days, their picture would look out of place next to the words.

That’s just one of the many oddities defining Wilco, which may have started out embracing “roots in early folk and country music,” as Webster describes it, but veered so far into pop, rock and even electronica, the idea of trying to nail them into any category is almost stupefying. Even more confounding is that, over a two-night stand at Austin’s ACL Live at the Moody Theater — one night a taping of their fourth Austin City Limits episode, airing this weekend (check local listings), the other a ticketed concert — they almost seemed like two different bands.

Wilco repeated only 10 songs both nights, and seven of those were from the new album, Whole Love. Another was their final encore with Nick Lowe, “Cruel to Be Kind.” So that left “Impossible Germany” and “Heavy Metal Drummer” —two songs that no one would complain about hearing twice.

The broadcast may include songs that, according to Tweedy, have never shown up on TV (or at least, Austin City Limits) before—like the beguiling “Jesus, Etc.” or “I Am Trying to Break Your Heart,” which became the title of Sam Jones’ stunning 2002 documentary. They let that one descend (or ascend, maybe) into cacophony, as they did with many tunes during the more obtuse taping night. (The second night was filled with more pop-oriented fare; sadly, neither contained anything from Mermaid Avenue.)

Someone shouted, “Well done,” after “Jesus, Etc.,” to which a jocular Tweedy replied, “Thank you. I love those bold evaluations from the audience.”

And the audience loved what it heard—and let the band know. When they played “Dawned on Me,” for which guitar wizard Nels Cline pulled out a double-necked axe, Tweedy broke out a rare smile. But it was Cline’s soaring, lyrical solo on “Impossible Germany,” during which he channeled the ghost of Duane Allman on Allman’s own ‘57 Les Paul Goldtop, that made audience members grin giddily. As Cline and Tweedy twinned chords, they hit a magic moment that might go down as one of the finest the band’s ever captured on camera.

“He’s only the 82nd greatest guitar player of all time,” Tweedy said sarcastically afterward, referring to Rolling Stone’s latest list of the top 100 guitarists. Well, he does have a lot of competition, but when Cline again strapped on the Les Paul to accompany Lowe (“Seriously. Our hero,” Tweedy declared), listeners would have been happy to join Tweedy’s campaign to elevate Cline to at least No. 79.

“We’re gonna see if we can get them to turn this into a mini-series,” Tweedy also joked that night. That’s not ACL’s style, but hey, what about a Wilco marathon? We say bring it on! 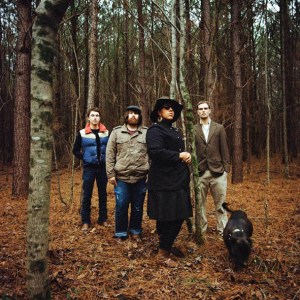 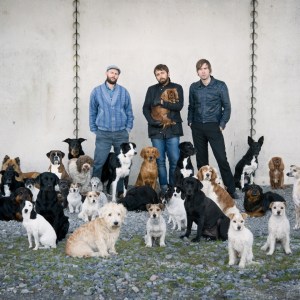