Ready to wrestle away the title for the “Saddest Christmas Song Ever” from Elvis Presley’s “Blue Christmas,” Jessica Lynn’s “It’s Just Not Christmas” is an update to that classic about missing someone during the holidays… and it’s a crestfallen doozy.

“With every ornament I hang on the tree / I feel a memory of you right here with me,” she sings so dolefully that you can almost imagine that there’s a huge blue teardrop perched on her cheek. The fact that her only accompaniment in the song is an acoustic and a slide adds that extra nudge of mourning. “I wanted to keep the production on this song very simple to tell that story in a pure and honest way,” she says of the recording.

Like the Elvis classic that wants to stomp on your presents and take an angry Sharpie to every smiling Elf on the Shelf, “It’s Just Not Christmas” summons all those depressed feelings you had this year and brings them to the surface.

“Christmas time can be hard when you are missing someone around the holidays.  Things never quite feel the same once they are gone,” she says. It’s a universal feeling, especially THIS year where the pandemic is splitting families and friends apart because of the warnings against social gatherings. Hyper-aware of that the loneliness and isolation that many will go through these coming weeks, Lynn opted to mine her own personal story and transcend the details in order to commiserate.

“My little sister has been estranged from my family for several years because life has sadly taken her in a different direction,” she says. “My family misses her very much and wishes more than anything that soon she will open her eyes and reconnect again with the people that truly love and care about her. Since I wrote it so late in to the holiday season last year, I was patiently waiting for this year to release it, and little did I know how incredibly relevant it would become in the midst of a pandemic.”

Like many who are rearranging time-honored traditions of those big feasts with the extended family, Lynn is not looking forward to what the next five weeks will be like. “I usually celebrate Thanksgiving and Christmas Eve with my family in Brooklyn with a big Italian meal, but sadly that will not happen this year to keep my grandparents safe,” she replies, a tinge of sadness in her voice. “For Christmas Day, we usually fly to Florida to see my husband’s family and with all of the travel risks, it is going to be difficult to see them as well.  We feel very disappointed to have to stay apart but we find comfort in knowing that this won’t be forever.”

Often called “Shania Twain’s successor,” Lynn has been rising up the ranks of the Country Elite quickly. While Brooklyn might probably be one of the last places you’d think as a fertile crescent for that genre of music, you wouldn’t be wrong because it really kinda isn’t. New York City is a rocker’s town and she grew up in it. “I was playing rock n’ roll music my whole life,” she recalls. “I started my first band when I was 13 and due to my extreme drive and determination, we were playing pretty much in every New York City nightclub that we weren’t even allowed into, like the Bitter End and Webster Hall.”

That ol’ honkytonk filtered into her life though and she embraced it. “I always loved country music but as a New Yorker, it wasn’t a genre I ever performed,” she confesses sheepily. ”When I decided I wanted to pursue a career in the genre, my Dad actually had the idea to not go about it the traditional way, but to try something different like filming a television special. To our surprise, it wound up going nationwide and starting my entire career.”

Serving as the catalyst that would introduce her to the Country Music world, her widely popular concert television specials would open doors for her, allowing her to share stages with the likes of Keith Urban, Brad Paisley and Loretta Lynn. Her Christmas specials especially were big events. “I started A Very Merry Country Christmas five years ago and since then it has become such a spectacle and event,” she beams. “It was rated the #1 Thing To Do in the Hudson Valley for the holidays here in the New York and has also become the local chapter of Toys for Tots biggest fundraiser of the entire year. I am SO proud of how the show has grown and evolved.  Sadly, the show was cancelled this year due to the pandemic.  It was truly a very painful heartbreak for me.  I couldn’t let the tradition just stop so we are doing the show virtual, on a much smaller scale to conform to social distancing regulations and with no live audience. I do believe that there is so much nostalgia and happiness that comes with the music and all the classics, that the show will be just as enjoyable this year, just in a different way.”

Similarly, she suggests alternate ways to find that Christmas Spirit. “My advice would be to still try to find joy in the little things,” she offers. “Decorate your tree, bake the Christmas cookies, listen to the holiday music you love, FaceTime with your family and friends, send thoughtful surprises to those you love through the mail.”

So while her new single may be melancholic and sad, she’s hoping the holidays aren’t as blue. “My final wish for 2020 is to just be happy,” she says, ending on a hopeful note. “This has been such a hard year for me and everyone that I hope to continue my positive outlook and make the most of the situation. My hopes for 2021 is to be able to get on the road again.  My world tour got shifted to next summer and I really pray that I am able to do what makes me feel the most alive again soon.”

Elvis For Christmas
Buy from Amazon 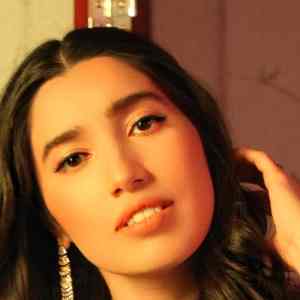 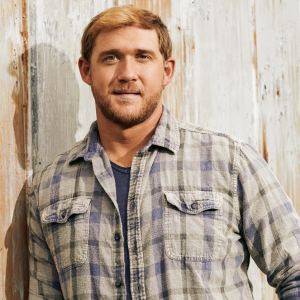