More often than not, you can tell who an artist listens to by the music they make. Maybe not necessarily who they listened to when their parents controlled the car radio but definitely who they were drawn to as they hit their formative years. For Georgia born Andy Velo, he was drawn to the country music artists of the 90’s and when you hear his stuff, that comes through loud and clear.

An independent artist hellbent on cutting through the clutter, Velo has been making some noise. Building up his fan base by touring with the likes of Paisley, Urban, Aldean, Kip Moore and Ashley McBryde, Velo has seen his music catching on. Since his debut, he’s accumulated over 4.2 million streams across Spotify and Apple Music and his video for “Half-Truths & Other Lies” spent three weeks at #1 on CMT’s fan-voted 12 Pack Countdown.

“I was a 90’s country kid. That’s still mostly what I listen to this day,” Velo states proudly. “As an artist, it’s who I am and what I’m good at.”

Sounds a little brazen but honestly, he’s not wrong as his brand-new single “Whiskysippi” straddles that line of sounding fresh and new yet still carrying that traditional torch. Remember when guys like Tim McGraw and Brooks & Dunn were newbies to the scene and referred to as Turbo Tonkin’? Well, had Velo been there in the early 90’s he would have been standing right there next to them.

“This song reminded me of the rock drive of Travis Tritt who I love and that was one of the elements I wanted it to have. My producer, Jimmy Ritchey (Jake Owen, Kenny Rogers, Jim Lauderdale), and I took this in the studio and what resulted was something I feel was more than everything I’d envisioned it being with its four on the floor dive meshed with some soul of the Mississippi Delta.

“Tonight, I’m a Maker’s Mark Twain” in the first verse, I think is a brilliant line! Such a great lyric! I also love “Two-Ton heartache picking up steam” so much so that my touring band is now known as the Two-Ton Heartache band.”

Much like his 90’s country heroes, Velo is not a guy who believes in doing things small. While many artists these days are turning to EP’s as releases, Velo is going the other direction. A big dreamer making big moves, Velo is putting the finishing touches on a double album he plans to release in 2021.

“We are going to drop a double album, over twenty songs, in 2021. We have thirteen done and are back in the studio the second week of December to finish the rest. The project is going to be something I’m extremely proud of and I’m not shy when I say that this is unapologetically for myself and my fans.”

As for his hopes for “Whiskyippi?”

“Honestly, I just want people to have fun with it. It’s not reinventing the wheel here; it’s just country music and I absolutely love this genre. We’ve all dealt with enough this year and I felt out of all the new music we have just created; this was the perfect one to end this thing we will always just refer to as ‘2020’ with. Have fun. Enjoy your life and the people in it. Do what makes you feel good and if you’re into it, grab a whisky or bourbon.” 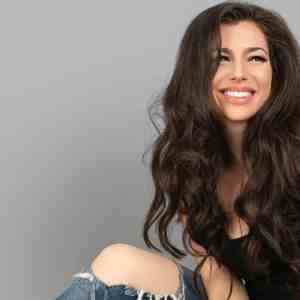 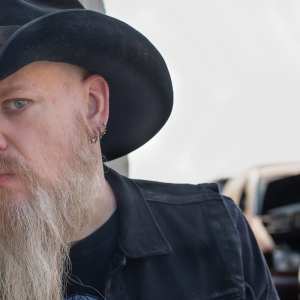