Presenting at the 2022 BET Awards on June 26, Janelle Monáe called out the Supreme Court for voting to overturn Roe v. Wade: “F–k you.”

On stage to present the award for Best Female R&B/Pop Artist, the singer, and actress took a moment to send a message to the U.S. Supreme Court, which recently voted in a 5-4 ruling to overturn Roe v. Wade, the law establishing the constitutional right to abortion in the U.S. since 1973.

“I’d like to give a special, special shoutout to black women, to black queer artists, to Black non-binary artists,” said Monáe. “These artists making art on our own terms, owning our truth and expressing ourselves freely and unapologetically in a world that tries to control, and police our bodies, mind-body, our decisions, my decision.” The artist then said “F–k you, Supreme Court” and held up her middle finger.

Monáe wasn’t the only artist speaking out about the Roe v. Wade decision during the awards ceremony. “It’s about giving pro-choice,” said Best New Artist winner Latto as part of her acceptance speech. “It’s about never giving in to a man policing my body.”

Singer Jazmine Sullivan, who also stars in the BET series Sistas, picked up the Best Female R&B/Pop Award and used her acceptance speech to ask men to back their women. “I want to speak directly to the men,” said Sullivan. “We need y’all. We need y’all to stand up, stand up for us, stand up with us.”

Sullivan added, Jazmine continued, “If you have ever benefited from a woman making one of the toughest decisions of her life, to terminate a pregnancy, you need to be standing with us. This is not just a woman’s issue. This is everybody’s issue. We need your support more than ever.” 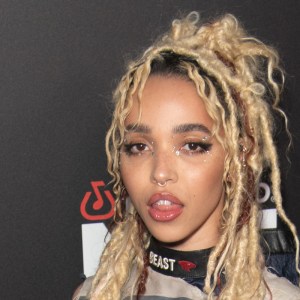