Reminiscing about the days when friends used to crowd around his piano as he fulfilled song requests, A.J. Croce found the root of a new album. By Request (Compass Records) is a collection of songs heavily requested throughout the years, including choice tracks incorporated into live sets and others that are more nostalgic for the artist.

“It’s definitely a personal album in the sense that these are songs that I play for friends when they’re over and we were hanging out, in normal times,” says Croce. “There was a period of time where I was throwing these songs into my live set just so I could see if fans liked it as much as friends like it.”

“This record couldn’t have been recorded during the pandemic, because the vocals are live, the pianos are live, and my guitar, the bass, drums, and all that stuff was recorded in a small room,” says Croce. “I don’t think it would be possible now with all those players.”

Showcasing Croce’s lifelong love affair with music, By Request criss-crosses genres from Billy Preston’s “Nothing from Nothing,” Alan Toussaint’s “Brickyard Blues,” and Neil Young’s “Only Love Can Break Your Heart” (Neil Young) and more pulled from Croce’s archive of favorites. Staying predominantly faithful to the originals, including from Tom Waits’ “San Diego Serenade,” a song that kept Croce company while making the drive from San Diego to Los Angeles in his old ‘66 Mustang during his 20s, and first By Request single, The Five Stairsteps’ “Ooh Child,” Croce left the recordings mostly improvised, subtly deviating in some instrumentation and arrangements.

By Request is a retrospective of Croce’s life. It’s not just a assemblage of songs, but tracks attached to specific memories for the artist, some stretching as far back as 35 years or more through his life.

“There were a couple of songs in there that I hadn’t played in a long time, and they had been requests for years,” shares Croce. “Then there were some from when I was a teenager and others from my 20s, so going back and revisiting those was fun.”

In the end, the 12 chosen tracks all came down to feel for Croce. “I’ve listened to so many different kinds of music and have recorded so many different styles and genres over the years,” says Croce. “I just tried to see what felt right in the moment. Then there were songs and artists I have closer attachments to, like Randy Newman.”

Featuring Newman was more meaningful for Croce since the artist was part of many firsts in his musical journey. Croce’s first concert was one with his late father, Jim Croce, and Newman when he was only 2 years old, and the first song he learned how to play on piano was “Sail Away.” Those firsts left a indelible impression on Croce, who is still a lifelong fan of Newman’s, and delivers a more raucous, piano-banging version of “Have You Seen My Baby,” originally released by Newman in 1970, on By Request.

“‘Have You Seen My Baby’ is probably not anywhere near the top 10 of my favorite songs of his, but it was so much fun to play,” says Croce. “I described it as being this imaginary jam session between Little Richard and The Flaming Groovies.” (The Groovies also released their own version of the Newman hit in 1971.)

“I liked the idea of the horns and the sort of completely raw piano I’m playing,” says Croce of Newman’s track. “I did two takes of that song. On one of them, it was like I was 14 or 15 years old, just banging away.”

While Newman added more of a “fun factor” to By Request for Croce, others were more personal, fan, and friend favorites, including Bernard Shakey’s “Only Love Can Break Your Heart,” The Beach Boys’ “Sail on Sailor,” The Temptations’ “Aint’ No Justice,” and Sam Cooke’s “Nothing Can Change This Love.”

“In some cases it was an artist I played over the years, who I had learned so much from, like Sam Cooke or Solomon Burke, and it was sort of tip of the hat to these people who have influenced me,” says Croce. “On the flip side, it was just fun to play.”

Once Croce’s voice reaches a certain volume it starts to crack, which was perfect in capturing Rod Stewart’s raspy vocals on the the Faces’ “Stay with Me.”

“In my teens, besides listening to a lot of jazz and soul, R & B and early rock and roll, I was also listening to a lot of that mod ’60s stuff like Small Faces and The Kinks,” says Croce. “Ian McLagan has such a great energetic sort of free spirit when he approached that stuff… and of course there’s Rod Stewart.”

Prior to pulling together By Request, Croce had a handful of songs to build on for a new album of original material, but following the sudden loss of his wife in 2018, he opted to revisit the collection of covers.

“While I had a handful of songs that I was really happy with, I just wasn’t in the right head space, and I just couldn’t get there,” shares Croce. “In almost 30 years of recording, I had never done a cover album. While I had covers on nearly all of my records, I just thought it was a good idea, and it took a little bit of the pressure off at that time.”

Whether a cover or an original, each song is reflective for Croce. “There’s this recognition of life for me,” he says. “I’ve lost a lot of close people, and it’s not that I don’t expect people to go. Certainly once they’re older, it’s not a surprise, but when someone’s not that age, it’s pretty shocking.”

Releasing first single “Ooh Child,” and subsequent singles from the album until it’s release in February, is perfectly timed and a song that still reflects the hopefulness somewhat missing in current times, and all came from a random moment when The Five Stairsteps’ 1970 hit came on the radio during a tour. “We tried it out backstage, at the hotel and on the way to the airport and just had a great time,” says Croce. On By Request, Croce’s soulful rendition addresses the song’s still resonate message of hope.

Now working on several new film projects, including three documentaries, Croce is also writing new material, and experimenting with different structures and arrangements. “I started deconstructing pieces by Teddy Wilson and all of these different composers and musicians and studying all of these Indian and Middle Eastern scales and seeing how they can apply different rhythms,” says Croce.

While his next release is an original album, Croce has also been working on another project for the past seven years, which explores origin stories based on folklore, mythology, science, religion, history, and cultural anthropology.”

Consistently writing, Croce says there’s never a specific rhyme or reason to what eventually comes out as a song.

“It’s always been unpredictable for me,” says Croce. “It’s an exercise that I need to do each day. There is an element to writing where I feel like there are certain pieces that are driven by the melody while other pieces that are driven by the lyrical content, usually the chorus… especially with the more avant garde stuff that I’ve been working on. From an instrumental point of view, it gives me a completely new approach to lyric writing, because it’s unfamiliar. It’s all an experiment.” 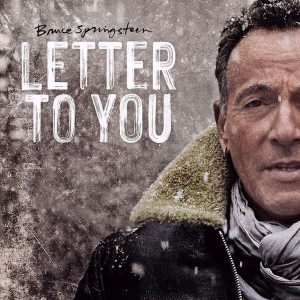 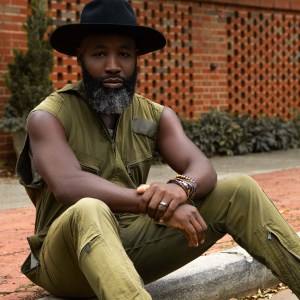