GRAMMY®-nominated singer-songwriter, New York Times best-selling author, actress, poet, philanthropist, and mental health expert, Jewel, today announced the release of a special reissue of her landmark, 12x platinum-selling debut album, Pieces of You, in celebration of its 25th anniversary. The collection tells the complete story of the album and this time in Jewel’s career, documenting both her studio work and riveting live performances that led to her breakthrough. Together, it reveals the full process of an artist honing her work into one of the biggest, most definitive albums of its time.

The Pieces of You 25th anniversary package will be available on Friday, November 20 via Craft Recordings. A limited-edition box set comes housed in a 7” by 10” hardback portfolio book, offering expansive new liner notes by music journalist, Alan Light—with new insights from Jewel herself—plus lyrics, poetry, rare photographs, and never before seen content. Across four compact discs, the box set will include the newly remastered original album, a disc of rarities, B-sides and outtakes, a disc of demos, as well as live recordings captured at Jewel’s formative Inner Change coffeehouse sessions from 1994. Also available will be Deluxe 2-CD and 4-LP editions, each comprising the remastered original album plus a selection of outtakes, rarities, and B-sides. The new vinyl edition was cut by Bernie Grundman at Bernie Grundman Mastering. Additionally, a 25th anniversary digital album will be available in time with the physical formats, offering the complete audio content from the 4-CD box set release. Full track listings for each format are below. Pre-order HERE.

Additionally, in celebration of the announcement, the first track from the collection is out today – a demo of Jewel’s beloved smash single, “You Were Meant for Me,” which features collaborator and co-writer, Steve Poltz, who plays guitar and sings with Jewel on the song.The track was originally released as the second single from Pieces of You and went on to receive a great deal of recognition. It became a hit and reached No. 2 on the Billboard Hot 100 for two weeks, as well as No. 1 on the Billboard Adult Contemporary chart for a single week. In 1997, a re-issue of the single containing the unreleased “Foolish Games” allowed the song to rebound to No. 7 on the Hot 100, eventually totaling 65 weeks in the top 100, which at the time was a record. “Pieces of You” also landed at No. 15 on Billboard’s All Time Top 100 in 2008. Stream or download the first single, “You Were Meant for Me (Demo),”HERE.

To coincide with release day, Jewel will also be holding a virtual livestream concert on November 20, marking the first time Pieces of You will be played in its entirety from front to back. Tickets are available for purchase HERE, and follow Jewel on her social media platforms (linked below) for all forthcoming updates about the event.

The story of Pieces of You is as tangled as it is unlikely. Performing alone with an acoustic guitar at the height of the grunge movement, Jewel was the subject of a major label bidding war. When the record was released, it failed to chart, only to catch fire almost two years later after earning the support and endorsement of icons Bob Dylan and Neil Young, and eventually becoming one of the best-selling debut albums of all time.

“It was a really simple record and I went out and worked hard for it,” Jewel elaborates. “I knew it was going to be a slow process, but I also saw a change in the zeitgeist. Grunge was a tectonic shift in the culture, but you can’t live in cynicism forever. The culture was in pain, but then what? And I happened to be a little ahead of that curve in my own life—I was thinking about what do I do with pain, how do I stay sensitive?”

Pieces of You stands as a distinct chapter in Jewel’s career, which this collection allows fans to examine in full, from beginning to end. The recordings range from some of her very earliest compositions, including “Don’t,” to an unreleased outtake from the live sessions for Pieces Of You, which she wrote when she was 16, to the lullaby “Sov Gott,” which started life during a road trip from San Francisco to Colorado when she was 17 and she asked her traveling companion to teach her some rudimentary Swedish. Some of the demo songs for Pieces of You have never been released before now, while others were re-recorded over the years for subsequent Jewel albums, including “His Pleasure is My Pain” and “Nicotine Love” on 2015’s Picking Up the Pieces.

“Listening back to these songs,” says Jewel, “I hear a lot of courage, though I didn’t feel that at the time. I was really raw, but I wanted people to feel what I was feeling as intensely as I was.” 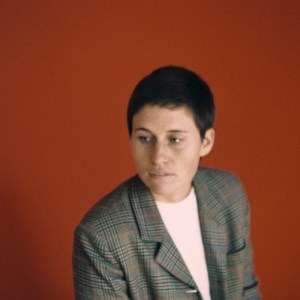 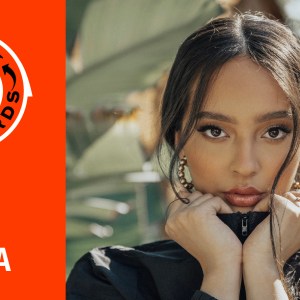