The first of a multi-part series honoring what would have been Lennon’s 80th birthday today, October 9, 2020.

It is the word that brought John & Yoko together.

It was at London’s Indica Art Gallery on November 7, 1966 where John came to view the work of this artist named Ono. There were several installations, including a ladder leading to a small canvas at the top with miniscule letters, and a magnifying glass.

John quickly ascended, and was happily surprised by the purity and positivity of her message. “In tiny little letters,” Lennon said to Rolling Stone, “it says ‘yes.’ So it was positive. I felt relieved. It’s a great relief when you get up the ladder and you look through the spyglass and it doesn’t say ‘no’ or ‘fuck you’ or something. It said ‘Yes.’”

We sat near their big white piano in the white room, looking out at a wintry Central Park spangled with Christmas lights. It was 1994.

Yoko was barefoot and in jeans. It had been a fast fourteen years since that darkest dark night of December 8, 1980, the start of what she called “the season of glass,” that time of ceaseless grief.

Because John was shot and killed while coming home here to the Dakota with Yoko, it was hard to understand how she could stay there. Yet, as she explained, she never thought of leaving. Where a loved one dies, in Japanese tradition, is sacred.

She referred to their first separation – the time of John’s long “Lost Weekend” in L.A. –  as a rehearsal. I asked what it was a rehearsal for.

“For the big separation I didn’t know would happen.”

We spoke about her history, of which little is often discussed, leading up to her life as a Beatles wife. I even used Peter Scheff’s great method with John of listing his songs, with the invitation to respond in any way, with Yoko and her songs.

When I asked if that was okay, she said yes, smiling, and seem delighted.

“Just let me get my cigarettes first,” she said, ready to set in.

We spoke about many of her songs over the decades.

Then, unsure if she would mind, I asked if she would talk about some of John’s songs, and other Beatles songs. She happily consented.

On this day, October 9, 2020, Lennon would have turned 80. But he never did. He lived exactly half that span of time. Four decades have gone by since that night.

Here’s Yoko on the songs and spirit of her husband, John Lennon.

AMERICAN SONGWRITER: Would it be okay if I asked you your response to some of John’s songs?

I love it. You know what it is? That was the first John Lennon song that I encountered.

There was a party at the editor of the art magazine’s house in London. And I went to that, and I think I was a bit earlier than the others. I was in the house and the editor said, “Oh, listen to this, Yoko. When a pop song comes to this point, what do you think?”

And he played ‘Strawberry Fields’. in London.

And I thought, “Hmmmmm…” Because there were some dissonant sounds and I thought it was pretty good. For a pop song. [Laugh]

It thought it was cute. I thought it was some cute stuff. Because I was making songs with all dissonant sounds. It impressed me. I was surprised a pop song could be that way.

I like the song. Musically, it was very terrific. And there’s a lot of connections about it.

I mean, I think of John as an artist, a songwriter, a fellow artist. But also, he was my husband, you know. And I remember all his pain as a child, sort of looking at Strawberry Fields, which was an orphanage, you know. He always told me about his Aunt Mimi saying, whenever he was out of hand, “You can go there. You’re lucky you’re not there, John.”

So Strawberry Fields to him was connected with this strange kind of fear and love, love for the kind of children that were very close to his condition. John was in a better position. So there’s that love and that strange fear for it.

Well, that’s very John. That’s a very John song. And a lot of people came together to his music. It’s like a symbol of that, you know?

Yes. “Across the Universe.”

Oh, “Bless You.” of course. I have a special emotional thing about it, don’t I? I remember when he first came and played it to me.

Well, that’s very beautiful. I was there when he wrote it. I think it’s such a strong melody.

He wrote so many beautiful melodies, yet Paul has the reputation for being the great melody writer.

Is it true that “Because” was based on “The Moonlight Sonata,” which he asked you to play backwards?

When you really listen to it, you see that he did play the chords backwards at one point. But I think eventually it cleaned up a bit into a pop format. So he didn’t use all the chords. But that was the initial inspiration.

There were many songs he wrote with your name in it, such as “Dear Yoko,” “Oh Yoko,” and, of course, “The Ballad of John & Yoko,” in which you both were depicted like folk heroes.

Well, I don’t know about that. I think that from where I come from, in the art world, Picasso’s always painting the wife, or Modigliani only had one model, who was his wife. So that kind of thing is normal. It didn’t strike me as anything unusual.

Your song “It Happened” was the B-side to “Walking On Thin Ice.” Did you write it at the same time?

“It Happened” was actually composed in 1973 and at the time it had to do with moving away from each other. But then, when John died, I thought, “Oh, that’s what it was about [laughs] and I put it on the back of “Walking on Thin Ice.”

I look at that period of separation like a rehearsal.

A rehearsal for what?

For the big separation that I didn’t know would happen.

It was very good that I had that rehearsal in terms of moving along. That helped me later.

Did you and John ever discuss songwriting?

Do you have a favorite song that John wrote?

It always seemed that “Get Back,” by Paul, was directed at you. Though it starts with Jojo, it seemed always that was a replacement for your name, Yoko. Like he was saying to you to get back so he could be close with John again.

Did you have any response to that?

No. I don’t know. That’s another thing that is the strength of an artist, probably. Artists always think, “Oh, maybe they’re trying to hurt me,” or whatever. You think that, but in the next minute you’re thinking about your own songs, your own art or sculpture or films or whatever. So by doing that, you shake it off so it doesn’t stick so much.

Was there ever a feeling on your part that you would want to leave the Dakota, and live elsewhere?

Not really. It was the spot where my husband died, you know? You don’t want to leave there, you know?

These days this place represents teenagers, Sean and Sean’s friends. It’s quite a different scene, and it’s very nice. 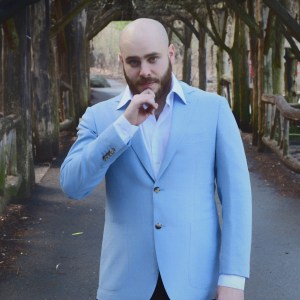 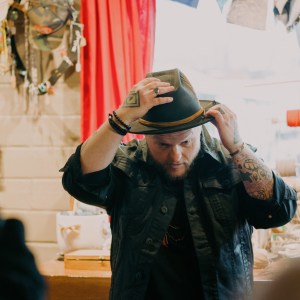