As part of our ongoing celebration of John Lennon’s 80th Birthday, we’re happy to share with you much great stuff today. Starting with these reflections on Lennon by Todd Lawrence, a great songwriter, beloved Nilsson champion, and creative force of nature, friendship, and music:

I was 11 years old when I found my way to my own personal Beatlemania.  This was 1976, and it seemed then like they were already from a distant era.  Nevertheless, that was the year that I began to obsess on all things related to John, Paul, George and Ringo.

In the beginning, most of my attention went to Paul.  He was the easiest to relate to.  I attributed most of the band’s virtues to him.  But as I moved through the usual stages of adolescence, John quietly began to resonate more and more to me.  Where at first I saw him as a bit of a weird and acerbic character, the more I began to try to find my own identity, the more John began to feel like a guide of sorts.

Looking back all these years later, that’s what really endures for me when I think about John Lennon.  The arc of his work still reads to me like a man in search of himself.  There’s the young guy in leather, the kingpin in his gang of guitar-toting quasi-toughs.

Then the guy in the Edwardian suit straight jacket, trying to hide all the rough edges in the name of success.

It was hard to pin him down.  But he wasn’t a shape-shifter the way David Bowie was, changing one mask for another one to fit his newest album.  These weren’t artistic statements.  This was the guy who’d sung:

That declaration of his independence from the world’s expectations (including mine) was quite a thing take in at the precise moment that I was shedding the skin of my own childhood.  I don’t think that there is anything else this culture has ever offered that did more to shape me, and to liberate me.  Or, more precisely, to give me permission to liberate myself.

There was more, too.  His most singular talent was his ability to challenge you to see different possibilities.  Imagine there’s no heaven.  War is over (if you want it).  There’s nowhere you can be that isn’t meant to be.

Perhaps too much credit is given to him for being some kind of an avatar of peace, but what he was was more interesting than that.  He was an imperfect and complex man who tried to inspire people to believe in the best in themselves.

That’s why I roll my eyes whenever some modern Internet warrior tries to enlist me in running down the list of his flaws.  Their mistake is in thinking that the John Lennon story I carry with me doesn’t also include his flaws.  No artist of his time (or even since) has put more of their own humanity out there.

His cruelties and pettiness were not hidden. They were part of the whole – just as all of ours are always there.  But we can always move forward.  We are never beyond redemption, and never too pure to slip.  That’s what I take from John Lennon’s art and John Lennon’s life.

Forty years gone, but he is still just as vital an artistic voice as there has ever been.


Todd Lawrence used to be known as Milo Binder.  A long time ago, he put out an album under that name that some people liked.  Then he took a few decades off.

His most recent release is the magical, charming song cycle “Paisley and the Firefly,” made with Willie Aron, who is also working with Marvin Etzioni in Thee Holy Brothers.

Listen to “Paisley and the Firefly” here. 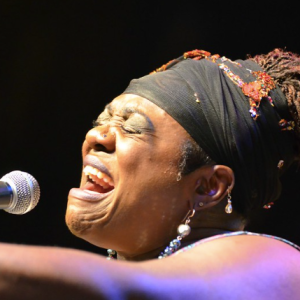