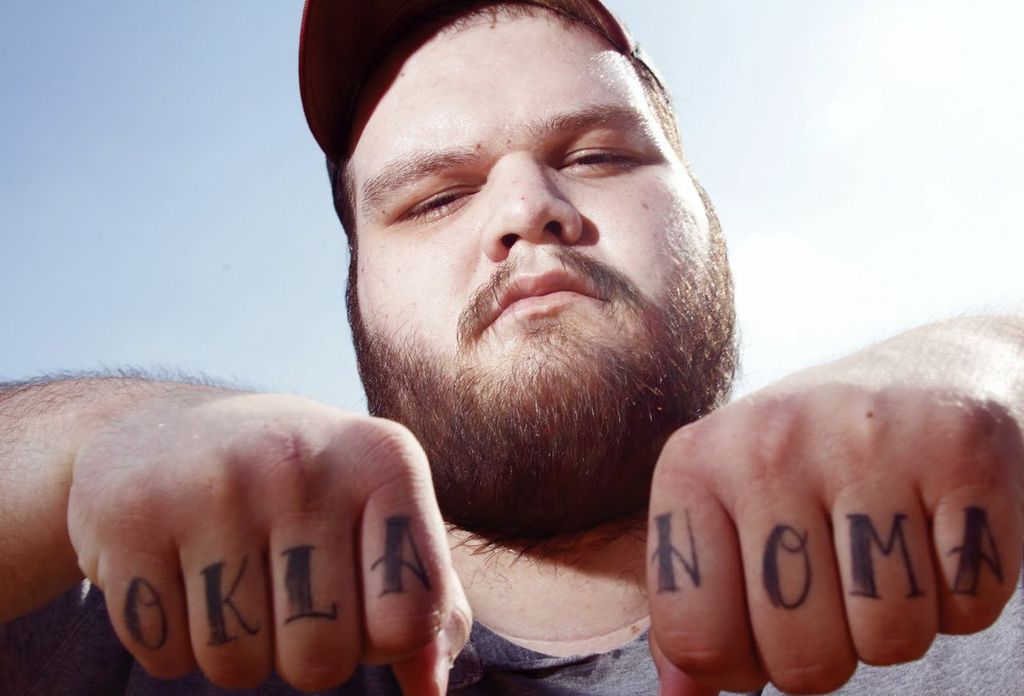 Most of John Moreland’s admirers agree that the Tulsa, Oklahoma musician is a grand secret waiting to be uncovered. Last November, MSNBC host Rachel Maddow sang the praises of the songwriter, who has been quietly self-releasing records and playing clubs in and around Oklahoma for the better part of a decade. “If the American music business made any sense,” she tweeted, “guys like John Moreland would be household names.”

For Moreland, songwriting is an act of self-discovery. “I’m just writing stuff where I feel like I’ve learned something about myself,” he says when discussing his most recent album, In The Throes. “I guess I just want to understand myself better.” Moreland, who has lived in Oklahoma for  nearly twenty years, recorded the album close to his Tulsa home in neighboring Bixby. In the hands of a lesser songwriter, the deeply personal subject matter of In The Throes might lapse into sentimentality, but Moreland uses his autobiographical approach merely as a means to universal revelation. On “Blacklist,” he treats his teenaged time in a struggling hardcore band as an open book to learn from. “We read all the right books/ We sang songs we misunderstood” he sings, “and with or without any reason/ We did rebellion what justice we could.”

Two songs later, he makes his method plain. “I’ve been living with a curse/ Combing through the pages of my youth,” he sings in a moment of heightened confession on the haunting “3:59 A.M.” before breaking into a joyful rush of poetics. “There’s a million soggy miles soaking through the soles of my shoes.” Such densely packed, beautifully concise lines are hard-earned for Moreland, who is unsurprisingly an avid re-writer, constantly laboring over his own compositions. “I’m not a quick writer, and I edit my lyrics a whole lot,” he says, “I want every word to serve a purpose, and I just want to feel like every word is in the right place.”

Adam Dawson, founder of the roots music blog Broken Jukebox, has been covering In The Throes “obsessively” since its release in June of 2013. “When you listen to the record, the one thing you walk away with is ‘this guy can write a song,’” says Dawson, whose blog named the LP its album of the year in 2013. “Every track on that record has a line that you just want everyone in the room to shut up and listen to.”

In The Throes is an exploration of broken faith – in love, religion, and not least of all, success. Moreland wraps his words in a voice that sounds frustrated and tired, a voice perhaps questioning why it’s even bothering to sing. When asked what he meant by his album’s title, Moreland is quick to answer: “It’s just figuring being in your late twenties when you didn’t go to college and have no direction, just figuring out what the hell am I doing in life, you know?”

The twenty-eight year old songwriter puts it more succinctly in “Nobody Gives A Damn About Songs Anymore,” a song he admits is “probably a bit self-righteous.” “Should I go to Texas or Tennessee” Moreland sings, wondering if he should follow his musical roots to fame, “or lock myself in Tulsa and throw away the key?” Moreland wisely decided to give the mid-tempo country-rock lament an easy hook, and “Nobody Gives A Damn” is the closest thing to a radio-friendly single on In The Throes. Ironically enough, it’s easy to imagine the song serving as Moreland’s first proper introduction to the Americana masses.

With In The Throes, Moreland’s music is indeed starting to be heard. “Gospel,” the most recent of several of his songs to be featured on FX’s Sons Of Anarchy, tells the album’s story better than any. In the midst of a record that finds the singer dismantling all his previous hopes, “Gospel” serves as Moreland’s grand mission statement, a plea for belief in a world trying to convince the singer to give up.

“I had written that at the end of a shitty day and I was trying find something to hold on to and triumph over the shittiness,” he explains, “so it just felt like a manifesto, like ‘here are the things I believe in’. I felt like it was my gospel.” On the song, Moreland spreads his credo with an aching directness, an understanding that the only way to heal his wounds are to leave them painfully open. “I want to set fear on fire and give dreaming a fair shot,” he sings in a parting prayer, having conjured up all his remaining desires, duties and dreams, “and never give up, whether anybody cares or not.” Even if Moreland doesn’t yet realize it, we care. 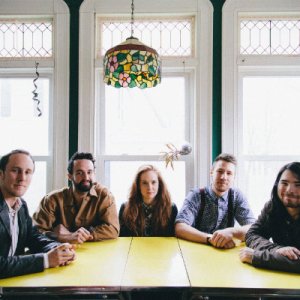