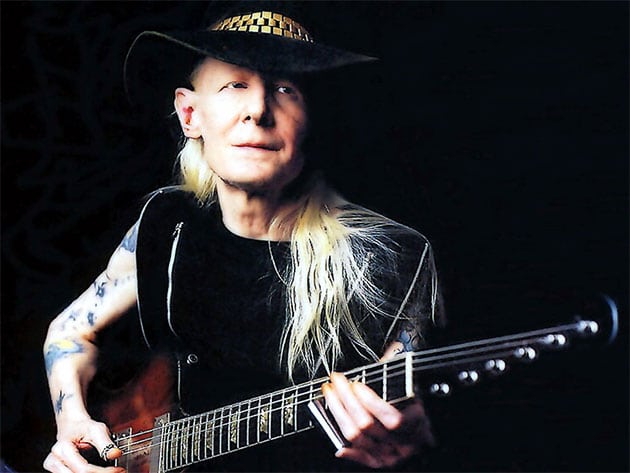 He was a Texas fireball, a flaming tumbleweed out of Beaumont who blazed a trail across the world with his incendiary blues. Johnny Winter passed away yesterday at the age of 70 in a hotel room near Zurich, Switzerland.   It was a demise that some had predicted for decades. Winter lived hard, flirting with heroin and alcohol, and often looked like he was only a few steps away from the grave. His recording career was put on hold for a year in ’72 because of his dependence on heroin and his recovery from it, but he came back in ’73 with what many consider his best rock album, the ironically titled Still Alive And Well.

“Did you ever take a look to see who is left around?” Winter asks on the title cut, adding that “Everyone I thought was cool is six feet under ground,” alluding to the fact he was close friends with Jimi Hendrix and Janis Joplin, who both died prematurely in their late ’20s. “I got out and I’m here to say, ‘Baby you can get out too,’” Winter sings, before adding “Every now and then I know it’s kind of hard to tell/But I’m still alive and well.”
Winter kept on proving that for the rest of his career, even though hip replacement surgery forced him to sit down for many of his concerts in recent years. He underwent physical therapy for stamina, quit smoking and was standing up for three or four numbers in recent shows.

Although initially known as a rocker, Winter’s first love was the blues. In 1968, Winter wasn’t known much outside of Texas, but that all changed on his first trip to New York City to sit in with Mike Bloomfield and Al Kooper for a performance captured on Live At The Fillmore East: The Lost Concert Tapes. “This is the baddest motherfucker, man,” Bloomfield says in his introduction. “His name is Johnny Winter. This cat can play!” Winter tears off a soulful, scorching version of B. B. King’s “It’s My Own Fault” that trumps any rendition of King’s, Winter’s voice and guitar exploring stratospheric regions out of range for most of his peers then and now.

That track and 55 others were recently released on Columbia/Legacy’s comprehensive retrospective, the four CD set True To The Blues: The Johnny Winter Story. The compilation covers Winter’s journey starting with cuts from ’68’s The Progressive Blues Experiment through 2011’s Roots. 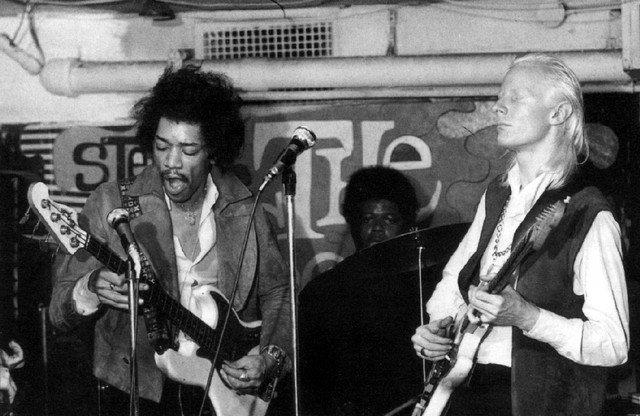 The seventies made Winter a rock God, but he was feeling guilty about forsaking the blues.”Steve Paul, his original manager, it was his idea to have Johnny switch over into rock,” says Paul Nelson, Winter’s co-lead and rhythm guitarist for the past nine years who acts as Winter’s current manager but insists that “I’m more of his friend and a guitarist guiding him, guiding his career.” Nelson says that under Paul’s influence and after a big writeup in Rolling Stone, Winter crossed over, fronting what was originally the McCoys (“Hang On Sloopy”) transforming it into Johnny Winter And.“He understands and acknowledges that was finally his most successful part of his career,” Nelson says. “But he felt that he shortchanged the blues.”

But what Winter had trouble understanding was what his blues coverage meant to a young generation of Americans who knew very little about the genre. Eric Clapton, even Jimmy Page to some extent, Keith Richards or even John Mayall helped America rediscover its blues artists, and a lot of that generation went back and sought out the roots of what they were hearing. That interest revived a lot of bluesmen’s careers and sparked an interest in that genre that still hasn’t dimmed much, and a lot of it was directly because of the rock exposure to such a large market. “He didn’t even realize what he’d done,” Nelson says. “But once his fans started to tell him, ‘Look this is what really happened. By you playing rock, we listened and read about who you listened to and we went backwards just like you did when you went to Muddy and discovered Robert Johnson and Son House. Now he’s starting to acknowledge OK, that’s what it was, but that’s why he’ll never go back to rock, cause he wants to go to the blues.” 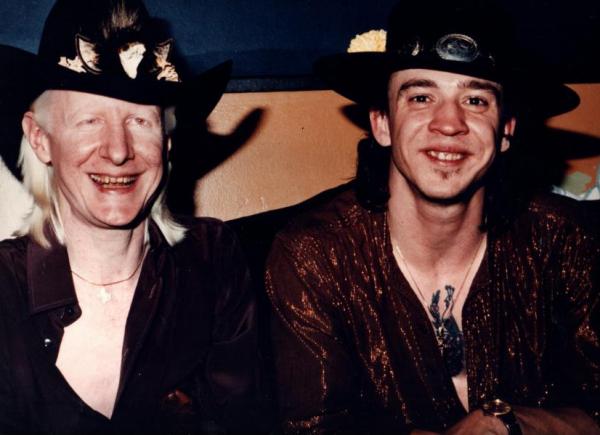 Winter also paved the way for a lot of blues guitarists, including Stevie Ray Vaughan, who Nelson says never gave Winter proper credit. “He liked Stevie Ray Vaughan, he loved his playing,” Nelson says. “Johnny’s musicians ended up being Stevie’s. Tommy Shannon, was Johnny’s first. Johnny played with all these drummers and bass players before any of these others.” Nelson says it was hard to get Winter to talk about Vaughn. But it was hard to get Winter to talk much at all. He’s not rude in interviews, just shockingly succinct. “It’s like sitting at a psychiatrist’s office when you’re the only one speaking,” Nelson says. “You find yourself talking twice as much.”

But Nelson did get Winter to acknowledge that every time Vaughan was in town he’d come by and learn riffs. “And once I heard that, I went back and listened to Stevie Ray and I hear Johnny Winter turnarounds, and I hear Johnny Winter phrasing. But Stevie Ray Vaughan never acknowledged that in interviews, it was always Hendrix, Albert King. But there’s a lot more Johnny in Vaughan than was publicized. And I think that’s why Johnny feels a little shortchanged as far as being absent from Stevie Ray Vaughan’s influence list.”

But Winter had more important things on his mind in recent years. Inspired by Eric Clapton’s Crossroads concept, Winter wanted to do a whole album of traditional blues with guest stars from all genres. That project was 2011’s Roots, which paid homage to a bevy of bluesmen including Elmore James, T-Bone Walker, Muddy Waters, Little Walter, Chuck Berry, Jimmy Reed, Gatemouth Brown and Robert Johnson. But Winter didn’t want note for note copies of the originals. So the band sought out secondary versions, covers done by others and learned them as well as the originals to get a different perspective on where to go with the material. Nelson, who produced the session, also had Winter sing with the rhythm section but not play lead until the tracks he sent out to guest stars including Sonny Landreth, Vince Gill, Susan Tedeschi, Derek Trucks, and Warren Haynes had come back. “He put his solos down after I found out where they were gonna put their ideas and it came together better,” Nelson says. “They played for the purpose of the song, not to sound like Johnny or pay homage to Johnny’s playing or to the song that Johnny was playing.”

The effort was well received and there were plenty of leftovers for another round scheduled for a September release to be called Step Back. Mark Knopfler was picked to do “Okey Dokey Stomp” with a full horn section. Billy Gibbons, recruited when Winter played with him on 2010’s All Jams On Deck is also aboard as is Dr. John, Leslie West, Joe Bonamassa and Eric Clapton, who was on was on tour when the last installment came out.

But that’s on hold right now as those musicians as well as the rest of the blues and rock community world-wide mourn the passing of a man who brought joy to multitudes through his exuberant presentation of music for the down and out. In his hands and through his vocals, because of Johnny Winter’s tireless work, the blues found a new voice and a new audience. It was a worthy calling and a fine legacy for a man who went out at the top of his powers, leaving us all wanting more. 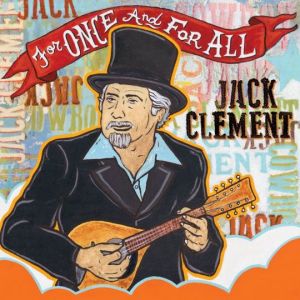 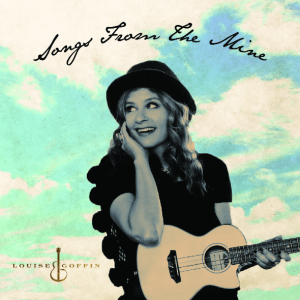