Don’t you just love it when you run into your friends at the airport?

The place can be so unfriendly—all those security lines, taking off your shoes, your bags scanned within an inch of their lives—and then you see someone you love at the other side of the room. It really takes the edge off, doesn’t it?

Well, Julian Lennon experienced that very same feeling earlier and he shared it on his social media account. Taking to Twitter, the singer/songwriter and famous son of the late Beatle John Lennon wrote, “It’s Amazing who you run into in an airport Lounge! None other than Uncle Paul…. So, so lovely, and what are the chances… Thankful….”

And then he shared two photos of him and “Uncle Paul,” which you can see below. Oh, to be a fly on the wall in that lounge. Perhaps they shared stories of old Beatles traveling and tours? Who knows.

Check out the two in black and white photos below.

In other recent Lennon news, the artist, who released his latest solo album, Jude, earlier this year, also played Live In The Vineyard and American Songwriter was there to chronicle it.

“Jude is kind of my life in music in many respects,” Lennon told American Songwriter. “Creating this album left a clear path moving forward. I’m probably more focused and more at peace than ever before. I know who I am now and it’s taken many years to get to that.”

The album, of course, is named after the name McCartney gave Lennon in the Beatles classic, “Hey Jude.” Lennon said that McCartney was “a little surprised” by the reference but ultimately “gave his blessing” to the project. In the same vein, after years of toying with the idea, Lennon decided to cover “Imagine” in an effort to support Ukraine amid its war with Russia. Given the “extreme circumstances,” the decision was a quick one for Lennon despite years of shunning the idea.

“I had anxiety about the response,” Lennon said. “I was overwhelmed by how much positivity came out of it. I feel I can walk around with my head held high – again not feeling fearful anymore. I’ve garnered more respect than ever.” 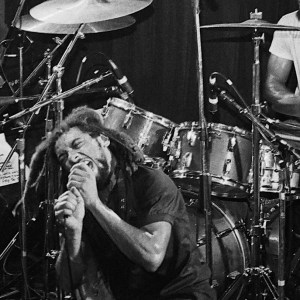