Or, if West doesn’t loathe Davidson truly, he certainly likes to twist the proverbial knife in public. And in his latest music video, West makes sure to end it for Davidson—well, a claymation version of the comedian.

In the new video for West’s song, “Eazy,” with rapper The Game, the Chicago-born rapper and producer buried Davidson. In the song, West, who famously survived a car accident early in his career (leading to his single, “Through The Wire), raps, God saved me from the crash, just so I can beat Pete Davidson’s ass.

In the video, which dropped on Wednesday (March 2), an animated Pete Davidson is kidnapped and buried alive by West. See the video below.

The video, which debuted on the day a judge granted West and Kardashian their divorce and declared them single, is done in claymation (clay animation). West’s avatar drags a body tied up with ropes with a bag over his head. Davidson’s face is revealed and West sprinkles rose seeds over him.

Later in the vid, roses come from Davidson’s head and then they’re loaded into a pickup truck. Sounds fun, huh? Finally, the video ends with the quote: “EVERYONE LIVED HAPPILY EVER AFTER / EXCEPT YOU KNOW WHO / JK HE’S FINE.”

Skete is West’s nickname for Davidson.

The video is one in a string of jabs by West toward Davidson. In fact, according to West’s now-ex-wife, he’s gone too far, possibly even endangering his safety.

Of course, West continues to make headlines. Recently, he “released” his Donda 2 album via his new Stem player, though, of course, that had its issues, too. 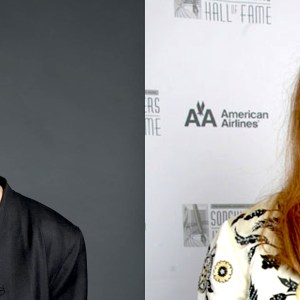