For the husband and wife duo The War and Treaty, the past year has been a whirlwind. Widely celebrated for their tasteful blend of soul, Americana, gospel and blues—paired with an impactful message of holistic wellness and healing—the band stepped into a new era of their career last September with the release of their third studio album, Hearts Town.

Since first forming in 2014, the members of The War and Treaty—Iraq War veteran Michael Trotter Jr. and actress Tanya Blount—have made waves with their style and spirit, almost as if their sound was a synthesis of the complex melting pot of American culture itself. Hearts Town was a testament to that, proving that these decades-old American musical traditions that are so fundamental to the American identity are not only still alive and breathing, but are actually thriving. In that regard, it makes sense why so many people are itching to get more of The War and Treaty in their lives—at a time when America is becoming a more and more tense and confusing place to live in, Trotter and Blount are proving that its heart is still beating and its soul is still kicking.

And it’s true—a lot of people really are itching to get more The War and Treaty. Just in the first few months of 2021, the band has received a flood of invitations to play. So far this year, they’ve hit the Rose Parade, The Today Show, Austin City Limits, the ACM Awards, the Grammy Awards, Moon Crush and more.

“It caught us by complete surprise, just like 2020,” Trotter told American Songwriter last week on the road back from Moon Crush. “I think that what we weren’t expecting to happen, happened. To be able to perform on all the shows we’ve hit so far this year, it’s a high honor… but we still have so much work to do. So many people have yet to experience us live and I think that our main focus—even throughout the pandemic—is to make sure people understand that we have a show. It’s a show we want people to see. We prepared it for people to see. We’re going to give it 150% whether it’s live stream or live and in person. So, I think that’s the eagerness we experienced. It was almost an anxiety, an anxiety to get back to the live show and perform in front of our people and new people who have never seen us before.”

See, that’s one of the most incredible aspects of The War and Treaty: the urgency of the project. Starting his relationship with music as a form of therapy while stationed in Iraq—he even taught himself how to play piano using one from Saddam Hussein’s Baghdad palace—Trotter has long used music as a source of solace and strength, not only for himself but for anyone who needed it. Now, delivering these songs and sharing that message on stages around the world is of paramount importance to the band… especially after all the turbulence that 2020 brought on.

“We feel that this is the perfect time for people to get out of the house and go to a War and Treaty show,” Trotter continued. “Not just one kind of person—if you’re into love, if you’re into healing, The War and Treaty show is for you. If you’re a cynic, The War and Treaty show is for you. No matter who you are, we have something for everyone. We want to unite our country, we want to unite our world and we want to do it one song at a time. To be out here performing the few shows we’ve done so far, it felt like we were just getting started. We want to push forward as a band of healing, as a band of having fun and, really, as a band that realizes all of the joys that our country actually has to offer when we’re not tainted and spiteful by the position of hate.”

And going forward, the band is going to get an amazing opportunity to continue to share that message—in a few months, they’re going on tour as the opening act for John Legend. With ongoing conversations about race, class and systemic oppression still dominating large sectors of the cultural dialogue, Trotter and Blount are looking forward to hitting the road and getting to speak directly to listeners.

“We’re extremely excited about the John Legend tour—we’re big fans of his work and it’s really cool because it’s a bit of a demographic for us, musically,” Trotter said. “I think that what we are seeing is our country finally ready and willing to live up to its own model that this is that ‘land of opportunity.’ In order for it to be the ‘land of opportunity,’ it has to be the ‘land of opportunity equally for everyone.’ So, we want to be able to represent that musically—The War and Treaty is all about being a part of the conversation that moves us forward, that heals us, that teaches us love, that binds us all together. We’re just ready to share what we have. We’re extremely pointed, extremely intentional and we’re built for this moment. As Americans, we’re built for the moment to say to our country: it is time. It’s time for the change. It’s time for real change. We’re not hiding behind any one moment, we’re going right out front and yelling it, waving the banner.”

With a rising tide of positivity, expression and healing coming from all corners of the cultural landscape, The War and Treaty is in a better position than ever to keep waving that flag, right at the front of the charge.

The War and Treaty’s third studio album, Hearts Town, came out last September and is available everywhere. Check out the band’s upcoming tour dates HERE and watch the music video for the song “Hey Pretty Moon” below: 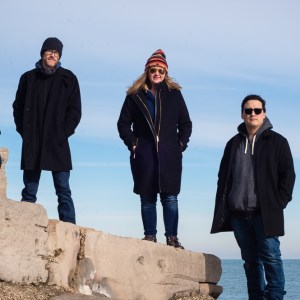 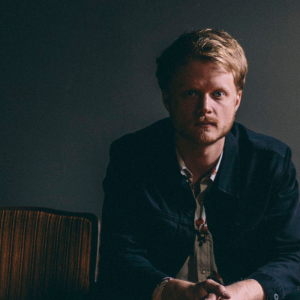