The “Angel From Montgomery” singer will now be the name of a new park in Kentucky.

That’s right. A park in Western Kentucky is set to be renamed after one of the greatest songwriters of all time: John Prine.

The upcoming dedication ceremony for the John Prine Memorial Park, which is in Rochester Dam in Muhlenberg County, is slated for this fall on October 1.

The news comes as part of a dedicated effort by local parks to update existing county offerings, noted spokesperson and committee member for the John Prine Memorial Park, Karen Harper Lain. The updated park will also include a new boat ramp, increased parking, a pavilion for picnics, new playground equipment, and improved landscaping.

And Prine has connections to the area, too. The stalwart songwriter, who passed away in 2020 after complications from COVID-19, wrote the song “Paradise” for his dad about the small town of Paradise, which is on the banks of the Green River in the state.

Upon his passing, many of the artist’s fans began pilgrimages to Rochester Dam, which is noted in “Paradise,” so that they could leave memorials to the fallen star musician and performer.

As such, Lain and others who are interested recently approached the Muhlenberg County Fiscal Court about the idea of renaming the park after the artist’s death, and, Lain said, those officials were “immediately on board,” according to news outlets.

In other Prine news, the legendary singer is one of several artists, including Patsy Cline, who is a 2022 Music City Walk of Fame inductee.

Prine and Cline, along with Dr. Paul T. Kwami, musical director of the Fisk Jubilee Singers, and industry executive Ed Hardy, will be honored during a special ceremony on Oct. 10.

“Each of these four inductees left an enduring mark on Music City, and their influence continues today,” said Kevin Lavender, board of directors of the Nashville Convention & Visitors Corp, in a statement. “The Music City Walk of Fame is proud to pay tribute to these legends with their induction, and we are especially honored to have their family members attend to accept on their behalf.” 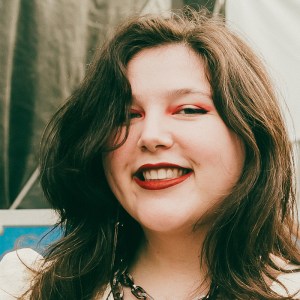