Kings Of Leon frontman Caleb Followill sat for a fairly entertaining interview at The Curb Center, as part of the Next Big Nashville and Leadership Music Digital Summit. Followill was joined by the band’s longtime manager, Ken Levitan of Vector Management, and the two were quizzed by Ken Paulson, of the First Amendment Center.

The trio discussed the band’s origins, their meteoric rise, and their current position on top of the rock and roll mountain. Followill mentioned how the Kings’ first gig in Nashville was at the famous songwriter haunt the Bluebird Café, doing their own “pop country” songs. A chain of introductions led them to meet Levitan — he and brother Nathan auditioned a capella in his office. They first negotiated a publishing deal, which turned into a management deal. “I didn’t think they were country in any way,” quipped Levitan. The publishing deal was to help them develop – in the meantime, they were learning how to be a band, which for some members, like bassist Jared, included learning how to play their instruments.

Asked about the rumor that Faith Hill was interested in cutting one of their early songs, Caleb confirmed it, saying “I think she still has it on hold.”

The NY record execs Levitan brought them to wanted Caleb and Nathan to be called the Followill Brothers, but they knew they wanted to be Kings of Leon. “They thought that was the worst name ever,” said Caleb. “I just started naming other bad band names, and said, look at them, they did alright.”

Kings of Leon did more than alright, becoming one of the top selling rock bands today. “Some people, it takes em a lifetime to figure out that they’re not gonna make it. Some people are more fortunate,” said the KOL frontman.

While the last couple of Kings records were recorded in Nashville, their highly-anticipated new album, Come Around Sundown, was assembled in New York City. The band went there “because we felt we really needed to push ourselves. It’s a tough town – everybody there wants to take your job. When we went to the studio every day, it was to get down to business.” Part of that business was allowing the muse to speak through them. “I didn’t write any lyrics, I just went in and said stuff off the top of my head,” said Followill. “I wouldn’t suggest any one do it. But it did work.”

Other topics of discussion included the Kings’ love of The Features and The Whigs, their hit singles “Use Somebody” and “Sex On Fire,” (“‘Sex on Fire’ was meant to be a funny song. when first people suggested it for a single, we said, okay, then it can’t be on the record”), and touring with their some of their biggest heroes.

“One of the most awesome things for me was being able to tour with Pearl Jam. When I was 14, that was my favorite band. And touring with Dylan, to get that stamp of approval, you can’t buy that, ever.” Perhaps one day, some young rocker will say the same about him. 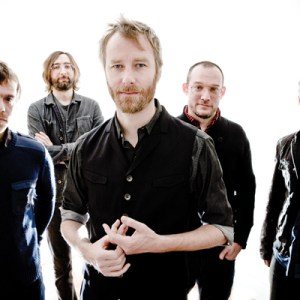 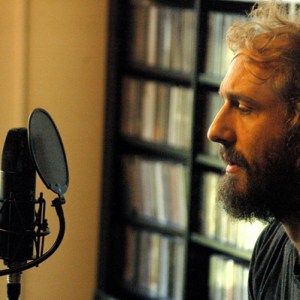