When the pandemic forced Against Me! to cut their tour short in March, singer Laura Jane Grace found herself home, alone, and with dozens of songs she had been writing for the band over the past two years. Once the shell shock of being home with no tours in sight—for Against Me! and her other project The Devouring Mothers—set in, the only way to combat the effects of isolation was to work, so Grace started sifting through the 30 songs she had sitting around.

Reflecting on the lyrics, and motioning through the effects of the standstill with impulse to just keep moving, Grace started recording her solo debut Stay Alive (Polyvinyl).

“Making this record was part of that spirit of ‘I gotta do something right now,’” says Grace. “I’ve been a touring musician for 20 years, and at this point when it comes to having any kind of home life, I don’t. I’m always a parent, but when it comes to friends and community, those people are spread out across the world for me and exist in the touring world. With that being completely gone, I’m on my own. This is it.”

In the end, Stay Alive’s 14 tracks are a brief glimpse—the album running a short 29 minutes—into this mercurial state. Departing from the heavier angst of Against Me! everything was recorded at Grace’s home on analog using nothing but an acoustic guitar and a drum machine, before connecting with Steve Albini at Electrical Audio for some final touches.

Stay Alive finds Grace reflecting on places and spaces she’s been, and deeper into the fears, the anxieties, and the avoidance of going stir crazy during complete isolation, all while traversing her travels through Glasgow, Scotland, London, Marbella, Spain, Australia, Chicago, and her hometown along Lake Shore Drive in South Florida.

“The Swimming Pool Song” opens with Grace powering through some pent up doubts singing I don’t know the source of my faith / But I know I will be full again / Come on in and take a swim. The song is also an homage to The Rave/Eagles Club, a Milwaukee venue housing an Olympic-sized swimming pool, considered haunted, in its basement.

“The last time we were down there, I saw that Mac Miller had signed the bottom of the pool and wrote, ‘I am Mac Miller. I sold this place out three times. I am dead now. My soul here remains,’” says Grace of the stirring discovery left from the late rapper and producer.

Paying homage to Chicago, “The Magic Point,” is inspired by former missile defense base turned bird sanctuary, while the quieter, folk-driven “Blood & Thunder” captures moments of simple beauty—the moon glowing over Boundary Park—and her love-hate relationship with the city she lives in.

“Shelter in Place” is an empowered ode to perseverance and an enlightened visit to Gibraltar, once considered the end of the world. “What people used to think was the end of the world is not,” says Grace. “There’s a world beyond it. It’s about how perspectives change over time and what you once thought were your limits are eventually nothing of the sort.”

Stay Alive‘s “Hanging Tree,” written in 2018, is a piercing examination of the state of America, its leadership and history of racism and slavery and religious hypocrisy in Babies born into apocalypse / Got no vision, got no taste for death / You can’t trust a man with hair like that… Now get the fuck out of the USA! while “Ice Cream Song” is a sweeter reminisce on Lake George, a completely dry lake between Sydney, Australia and Canberra.

“The last time I was there, we were on our way to Canberra ancd the next morning I woke up and I went for a run, and there were magpies on the lawn everywhere,” says Grace. “And the sunrise looked like sherbert ice cream and the line It puts the heavens underneath my feet just ties into what I was listening to and keeps me going.”

Originally, Grace says the songs on Stay Alive, originally meant as a follow up to the band’s 2016’s Shape Shift With Me, were not gelling for Against Me!

“As the reality of this pandemic was growing, the idea of not working if you can work seems unacceptable,” says Grace. “I had all these songs just sitting here and realistically thinking that it could be a year or who knows how long before we could get together. Picking up where we left off with songs that weren’t really vibe-ing for us seemed like a terrible idea.”

Grace adds, “I liked the songs, and I realized that I don’t have to ask anyone’s permission, so I just took it upon myself—and I’ve always wanted to make a record with Steve Albini and record at that studio.” To stay safe in the studio, Grace says they kept things streamlined and socially distanced, which left a very cinematic effect on the entire process.

“The lead up to record had a kind of movie training montage—lots of running and push ups and playing guitar,” jokes Grace. “Then the recording part of it had more of a post-apocalyptic movie vibe where we’re wearing face masks. I took off my mask in the live room to track, and then he became this voice over the intercom. So it was this starkly lonely experience, but it fits.”

Collectively introspective for Grace, she says it’s hard for her to not reflect on being trans in America when writing. “At this point in time, I don’t feel welcome in most public spaces,” shares Grace. “I don’t feel represented by my government. I don’t feel like I’m a welcome part in society, for the most part. These experiences exist on a day to day level, and then couple that with being in a band for 20 years. It’s weird and hard to relate to people.

There are specific instances, Grace says that add to this feeling of alienation, particularly on tour. “Sometimes I think ‘I hope the bus driver isn’t gonna pull some shit and misgender me,’” she says. “I hope people at the venue aren’t going to be fucking weird to me, or I hope we’ll stop someplace where there’s a restroom that I feel comfortable using. But other than that, it’s really the mundane shit that really comes into play. Otherwise, it’s not all consuming to me.”

Grace adds, “Writing songs comes from that experience of isolation. Then, intersecting it with this mass experience where everyone is isolated, it seemed like these songs really resonated now.”

Reflecting on her earlier writing days, Grace says there’s been a significant shift in how she approaches songs now. “I was going through like a lot of older songs and looking at the way I was writing lyrics when I was 17 or 18,” she says. “I could see that I was trying to emulate people more. I think from a lyrical standpoint, a lot of that has to do with being younger, being unsure of myself, and obviously being years from even accepting that I’m trans, or being able to admit that to myself.”

Songwriting wise, everything was more accidental back then. Now, it’s more purposeful.

“There was a period of time in my late 20s when I really had to push myself to find inspiration, and then I kind of broke through that,” she says. “It comes more naturally now, but that’s not to say it still isn’t a lot of hard work.” 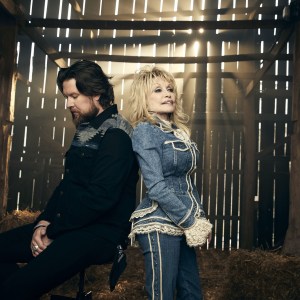 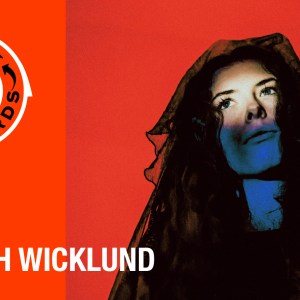