It’s easy to write songs about how others have hurt you but more difficult writing about how you’ve hurt others. Los Angeles-based Leah Capelle takes her eccentric blend of rock, folk, and pop to break down into human error on the new single, “On Accident,” off her upcoming full length debut, triptych, out March. “On Accident” is vulnerable look at one’s self-awareness, accepting faults, flaws and other selfish behaviors.

Ultimately, Capelle says it was a difficult song to write with lyrics I want him to be what I want him to… Did I hurt you? / You know I didn’t mean it / Did I hurt you on accident? It’s a song about weakness, and about the natural human tendency to make mistakes at the expense of others, Capelle tells American Songwriter. “Originally when I wrote this song, I thought it would go into the vault and never see the light of day,” she says. “As the pre-production process for the album progressed, this song became a crucial, clear piece of the story.”

Working with collaborators, Dan George and Jay Marcovitz, Capelle says the production of the song took it to another level. “I played almost all of the guitar, bass, and synth as we kept building this piece to have manic, chaotic energy,” says Capelle. “It errs on the side of punk by the end, which is a totally different sonic space from its origin.”

Now more confident as a songwriter, performer, producer, and instrumentalist, triptych came together with Capelle and Marcovitz building tracks and, she says, “essentially throwing spaghetti at the wall to see what would stick,” revealing something more insular, introspective, and cohesive in art and music.

“My songwriting has always been vulnerable, but this project feels different,” says Capelle. “It feels like the most authentic version of my artistry in all its eccentricities, phases, and sonic variations. I used to be self-conscious that my music was almost distracting in how different each song sounded, but now I feel a strong through-line within the genre-blending.”

Capelle, who started performing at a young age and is classically trained on piano and voice, had a rock rebellion at 13 and never looked back but still had to shed some musical layers as she’s found her sound. There were two pivotal EPs for her, the first, self-titled EP was more piano-pop before she shifted more into her alt-rock-pop roots on Giants.

“I’ve lived many lives within the abstract idea of one’s sound,” she says. “I love to make things weird—record sounds into my phone and process them, track guitar parts through an old tape machine, track guitar and vocal parts at the same time into the same microphone as a layer. I can’t count the number of times Jay and I would track something and then look at each other and say, ‘okay cool, time to fuck it up,.'”

Overall, triptych showcases Capelle’s eccentricity even though the tracks are still folk songs at the core, something she says could only happen with her at the helm of the songwriting and production process—with the exception of “Know Me Better,” which was co-written and co-produced by friend and collaborator Hayley Brownell.

Sonically, ”On Accident” is a very different song from previous singles like “Alder Lake” and “Know Me Better” but are not at odds with one another, she says. “Playing around with genre-blending, toying with different songwriting postures, finding comfort in discomfort, these are the things that feel distinctively mine in a way,” she says. “It’s a really beautiful part of creating art.”

Visually, Capelle has always wanted something creative to complement each track, and isn’t afraid of mixing media. Conceptually, the video for “Know Me Better” and upcoming “On Accident” will be linked in storyline—even down to the featured costume design, which is a cohesion of the artwork featured on the album’s singles, a combination of 35mm film photography with digital paintings.

“I’m trying to create a world around the record that brings together so many different forms of art that all tell the same story,” says Capelle. “Music videos are particularly special, because the audience has an opportunity to watch you, the artist, perform your songs the way you want them to be perceived. Visuals can bring a deeper level of understanding to the lyrics that might go otherwise unnoticed.”

The Chicago native says living in Los Angeles has definitely had its challenges—being inspiring and terrifying at the same time. Everyone is pursuing a dream, but Capelle is also surrounded by a community of artists supporting one another. “The trick is to not fall into the comparison cave, in which you can’t see the light in your own art and give into the darkness of comparing yourselves to others,” she says. “A bit of healthy competition never hurt anyone. The hurt comes from not being able to pull yourself out of the negative thought patterns swirling around why your peers might be doing ‘better’ than you.”

Right now, Capelle is content where she is with triptych. “It’s been so rewarding to listen to these mixes and be like I created that!” says Capelle. “This record is literally the core of finding my sounds and being comfortable and confident that I can have more than one.” 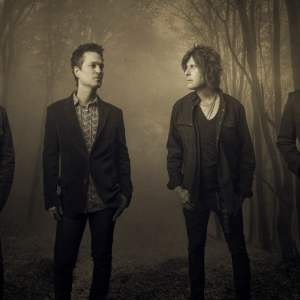 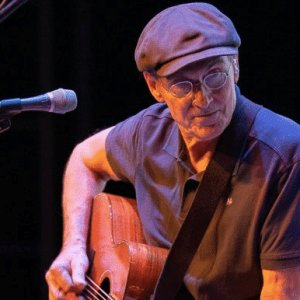