Tragedy births reflection, beauty, and art. Grieving the deaths of rock trailblazers Scott Weiland and Chester Bennington, Stone Temple Pilots pour blood, sweat, and tears into the work with their first-ever acoustic album. Perdida, Spanish for “loss,” collapses under the weight of the unimaginable, but even within such misery, lightness blossoms in its place.

10 tracks, Perdida, out Friday (February 7), explores goodbyes in his many shades: from the lonesome open road to unexpected partings to death itself. Each chapter, igniting with the richly Billy Joel-intoned opener “Fare Thee Well,” erupts “out of sadness and realization of what is happening in life,” bassist and songwriter Robert DeLeo tells American Songwriter over a recent call. “I really respect and admire Latin music, whether it is Brazilian or Spanish. I felt this word [‘Perdida’] could resemble and say what loss is.”

“Got my heart out in my hand / And don’t you know it / Something deep inside’s come over me,” extends Jeff Gutt, who stepped in as lead singer late 2017. Setting the tone, the arrangement crescendoing and sticking to the clouds, “Fare Thee Well” encompasses the very nature of touring. Despite such a legendary pedigree, and millions of miles logged, DeLeo still finds it brutally tiresome. “It’s like no other thing in life to deal with. Everyone thinks it’s very glamorous,” he says, “and it’s really not. It’s a lot of work, physical and emotional. Quite honestly, it’s that feeling of missing. That’s what the road creates.”

Perhaps, quite appropriately, the album took shape during last winter’s tour. “There’s been a lot of life over the last couple years. What also helps is the physical place to do that,” he says. “That has some inspiration or effect on bringing out the feelings.”

The Canadian tour included such varied venues as ice hockey rinks – settings that unwittingly drove the band further into a rejuvenated creative headspace. “There’s no windows [in these places], and it’s cold. You’re sitting in this concrete room, and it really made me get in touch with my feelings. It was also what was outside that affected what was inside.”

An acoustic record has always been on the table, but “I don’t know if it was ever the right time. It requires a lot of attention and focus to really get a point across. Sometimes, simpler is harder. You’re baring so much more. You’re not hiding behind something that’s sonically distorted or loud.”

Originally, the intention was to record an EP, but it quickly became evident there was too much to address. “I probably had an album worth of material myself. When you put something out like this, people think, ‘So, is this the new direction of the band?’” DeLeo shrugs. “It’s not the new direction. It’s a time in our career to document life. This was the best way to do that. I probably could have started another acoustic record.”

DeLeo has never been a stranger to his acoustic guitar, often turning to the classic instrument as therapy. So, when plotting a full-on acoustic record, he found even more freedom to feel, play, ruminate, and recover. “With this album, keeping them there, rather than moving on – you have the choice to do whatever you want with a song, music has no rules, and that’s what I love about it – was definitely freeing.”

Perhaps the most cathartic moment arrives with “I Didn’t Know the Time,” written by Gutt and guitarist Dean DeLeo. “I wish I may, I wish I might / It won’t be long now / We could spend the time,” Gutt offers a wistful vocal, a bruised lullaby dedicated to Bennington and Weiland. “What do you wish for / When you close your eyes?”

The arrangement glides over the heartstrings and bookends with a flute’s sweet cry. “I had called the flute player [Adrienne Byrne] to come in to play originally on ‘She’s My Queen.’ Since she was there, my brother decided to use her on this song,” says DeLeo.

Flute is among many instruments the band used for the first time, along with alt saxophone and guitarrón. Several pieces were purchased from pawn shops, and the weathered quality further enriched the record’s heft. “I listen to a lot of jazz and Bill Evans, who is one of my favorite musicians. There’s a saxophone player named Paul Desmond, who I really adore too, and there are certain instruments that I hear and really love,” DeLeo explains of their sonic adventures. “I always try to incorporate those instruments into songs. I’ve done it in the past with some songs of ours. I like the challenge. We had violins, saxophone, flute – all those instruments I really love. To be able to put those into songs was really satisfying.”

He adds, “I think it’s like buying an antique and wondering if that thing could speak and where it’s been. There’s just something about an old instrument – not only the sound and sonic quality of it, but the pedigree – and its craftsmanship.”

The band – also including drummer Eric Kretz – have delighted rock fans for decades with such arena staples as “Wicked Garden,” “Plush,” “Interstate Love Song,” and “Creep.” Their work certainly speaks for itself, and with Perdida, daring musical ambitions needle together with harrowing humanity. It is one of tremendous melancholy, hardship, and the kind of anguish that never lets you go.

“If I could stop time, it’s the last thing I’d do / Just to savor the essence of echoes of you,” Gutt sings on “Miles Away,” one of the set’s most haunting moments. Violin (played by Yutong Sharpe) rises in cutting waves and bursts with raw power. “I think Jeff did such an incredible job in describing [missing someone] with his lyrics. He really wrote some beautiful lyrics on this record,” gushes DeLeo. “I’m really proud of him for where he went and allowed himself to go. Whether with Scott, Chester, or Jeff, I think the most important thing is to try to stir something up in someone when you present them with the music or a melody. The greatest thing as a songwriter is to have that person connect to it. It’s a thrill.”

Later, Gutt buckles with this line: “I want to feel everything you’ve ever been through.” The confession rings clear and true to the album’s entire process. “Put it this way, it’s really amazing when you write a song and it touches you, as a listener,” DeLeo says. “There’s not a lot of songs that I write that actually touch me as a listener. That’s really what this record does for me. It’s touching to listen to and it goes to places that I enjoy going to.”

Perdida’s weight is necessary, frequently grueling, and enlightening. The past few years have been monumental, and the pain towers over the album. An instrumental piece, “I Once Sat at Your Table” swoops in as a hopeful ray of sunlight to alleviate their wounds, as much as the listener’s journey. “I never really thought of it that way,” admits DeLeo. “It does give a breather in the record. I think what we’ve always tried to do on a big scale is to create a listening experience from top to bottom – not just ‘a song here, a song there.’ It’s the way I grew up with records in the ‘70s when it was a complete listening experience. There are different moments on the album of varying emotions. As a writer, you try to cover all of them.”

At its very core, rendered with great heart and insight, the acoustic release “is an observation of loss. Everyone handles loss differently. The way I handle it is to write about it. It’s a gift to be able to have that conversation with myself and get something out of it as beautiful as music,” Deleo concludes. “A lot of music over the years has been about loss and pain – it’s nothing new. But everyone seems to take 12 notes and turn them into music and make something different out of it. It’s a special thing to me to look at the big picture.” 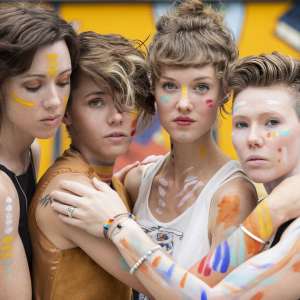 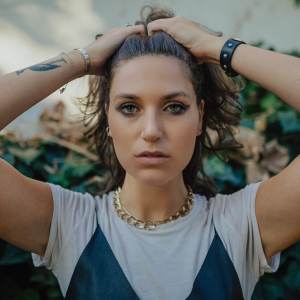