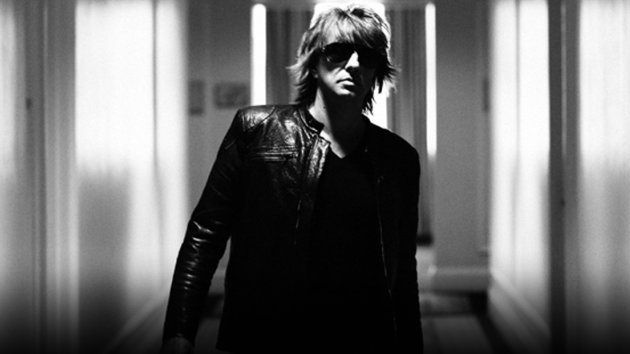 Last summer, Richie Sambora wrapped up a long tour with Bon Jovi. The guys had been on the road for a year and a half, playing as many as twenty-five songs a night, and everyone was tired. It was the perfect time for a summer vacation. Days after the final show, though, Richie got back to work by focusing on a new project, Aftermath Of The Lowdown, a collection of ballads and guitar-heavy rockers that doubles as his third solo album. We caught up with the urban cowboy earlier this month to get the lowdown on Lowdown (out 9/18 on Dangerbird Records).

Richie! Congrats on the solo record. It must be nice to do interviews where you don’t have to answer the same questions about “Wanted Dead or Alive” for the millionth time.

Sometimes you gotta do that, but doing this is great, too. I love this record. I really do.

Tell us a bit about it.

After recording more than ten albums with Bon Jovi, what’s it like to work with a different band?

My producer, Luke Ebbin, helped me put together a great group of guys. Right off the bat, we went into the studio and we cut “Every Road Leads Home To You.” This record is essentially about my own stuff — the stuff I’ve been through, the ups and downs over the last ten years or so — and “Every Road” is one of the songs I wrote about my daughter. I think everyone has a “home,” whether it be their husband or boyfriend or wife or girlfriend or just their house. It’s a place, or person, that they yearn to come home to. So I was in the studio with the guys, they were immediately feeling the groove like I was, and we really became a band — just a great, fresh-sounding gang of guys — on that song.

Are there any songs that changed direction once you started playing them with the guys?

“Weathering the Storm,” which I wrote with Bernie Taupin. Actually, I should elaborate on that. This is a songwriting magazine! Being a fan of Elton [John] and Bernie for many many years, it was an honor to write with Bernie. A friend and publisher put us together. We went out to dinner and got along famously, just talking about our lives, our musical roots, our influences. We got together about two weeks later and talked some more, and he said, “Ok, I got it.” About three or four days after that, he sent me a couple of lyrics. I gravitated toward two of them, one of which didn’t make the record. I felt like “Weathering the Storm” was relevant not only to my life, but to so many people who’re going through tumultuous times right now. They’re just getting through adversity and coming out on the other end of it. It’s about that, and it’s a very triumphant song.

The way Bernie does things, he basically hands you a lyric and says “Go.” Ha! I’d never written like that. I always have lyrics and music, because they come to me at the same time. So I had a bit of anxiety about this, but once I picked up the lyric, I started singing melodies to it. I got the melodies down, then I put some chords to it, and when we presented it to the band, we all tried it a few different ways. Different instrumentation, different speeds… but the incarnation that made the record is the best interpretation of the lyric.

So in this case, the lyrics helped push the song in a certain direction.

Yeah. I looked for a sympathetic melodic line. I was just singing different ideas, trying to find something that would really get the lyric across. I’m thrilled with what we did, and Bernie’s thrilled — and that in itself is amazing. I mean, Bernie’s only written with three other guys in his life, Elton being one of them. We’ve written a couple songs since then, so we have a cool little partnership going on.

Absolutely. As a songwriter, if you’re working with someone else, you have to take their personality into account. You’ve gotta figure out what you’d like to hear them say, what you’d like to hear them sing. With Jon and I, not only are we in the same band, but there’s a huge commonality between where we grew up, what social class we were in, and how we grew up. We were raised five miles away from each other, about three years apart. So there’s a lot of things we share, but Jon is the megaphone in that band, so I’m writing things for him. In my solo career, I’m the megaphone. I get to explore my own life experiences. Making this record for me was a great opportunity to check in with myself, which is the great thing about songwriting in general. It forces you to make observations. The song “Nowadays” is basically Richie making an observation about what’s happening in the world, which is something I’ve had the blessing to observe with Bon Jovi. Our last tour was eighteen and a half months in fifty-two countries. I’ve been able to look at the entire world, and “Nowadays” was my own view of what’s going on out there.

What about the more personal songs? When you’re writing these songs and singing them, is it scary to get really personal with your lyrics?

Yeah, but that wasn’t a challenge at all. Some artists don’t wanna do that, but the risk for me was to be unauthentic. The music would’ve come out either way, and if I wasn’t singing about my own life, I think the record would be bullshit. It wouldn’t be real. That’s not the kind of record I want to make. On this record, there’s an authenticity and a vulnerability. And there’s a communicative aspect. I’m talking about me, but these songs are going to be relatable to people all over the planet. Because like I said, I’ve had that bird’s eye view of the world over the last thirty years. I’ve seen music be the most evocative, transformative, and communicative language in humanity. I go to places where they shouldn’t even understand our language, and music breaks down those barriers. I’ve been able to communicate to the masses through songwriting, and I’ve been doing that for a long, long time. I think this record will do that, too.

I was listening to the title track from Stranger In This Town the other day. That song still holds up.

Thank you. I love that song.

Are you on good terms with the rest of that album? It’s more than twenty years old. Were there things about the album that you wanted to bring to Aftermath Of The Lowdown, too?

Just the sincerity. That’s a very, very different album, and I approached it on a different level. It came on the heels of Slippery When Wet and New Jersey, but it wasn’t an everyday pop record. There was some blues, some R&B, jazz, and a lot of progressive stuff on there. It threw people for a loop. The only thing I tried to bring from that record to this one was the authenticity of what I was singing about. Stranger In This Town is a very sincere record — those songs still mean a lot to me — and when I go on the road to promote this new one, I’ll be singing songs from that one, too.

Who will you have on the road with you? The same band that played on the album?

Yeah, my same guys. I’ve got my guys! We had such a good time making this record that I was able to convince them to come out with me. Except for Rusty [Anderson], my guitar understudy, who’s not going to be able to make it out. But I did get David Ryan Harris, who’s John Mayer’s guitar player. I have Matt Rollins on keyboards; he’s an amazing guy out of Nashville who’s also played with Dire Straits. Aaron Sterling on drums, who’s John Mayer alumni also, and Curt Schneider on bass, who’s worked with people like Sting. He’s also a producer. So I have my guys. We’re gonna have a blast, man.

Good, because this album sounds like a “band album,” rather than a solo record with a bunch of anonymous players backing you up.

You’re absolutely correct. There was such a ferocity in the musical communication, and that’s why there’s some extended jams on this record. You hear a lot of stuff coming off the floor at the end of “Burn the Candle Down,” at the end of “Learning How To Fly With a Broken Wing,” at the end of “Sugar Daddy,” at the end of “Takin a Chance on the Wind.” I just kept it. It was organic stuff. I don’t hear a lot of guitar players out there soloing anymore, at least not a lot of people actually composing guitar solos. That’s one of the reasons I picked up the guitar in the first place. I wanted to have the self-expression of a guy like Jimi Hendrix or Eric Clapton. In essence, you’re writing music inside the solo. That’s something I’ve always done, and I’ve been limited before — even on Bon Jovi records — so I decided, “Hey, this is a solo album, so I’m the boss. Here we go.” 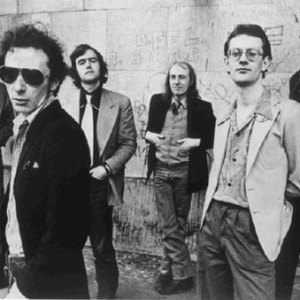 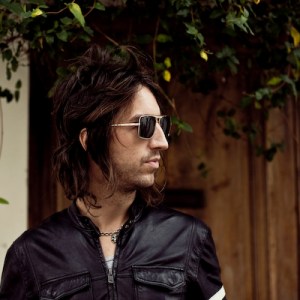