On the third song from Led Zeppelin’s epic IV, Robert Plant introduces his Queen of Light character, who will become so central for the album’s pièce de résistance, “Stairway To Heaven.”  Like “Stairway” and so much of Zeppelin’s imagery, “Evermore” is influenced by Celtic mythology and, according to Stephen Davis’ biography Hammer Of The Gods, also by works like Robert Graves’ White Goddess and Lewis Spence’s Magic Arts In Celtic Britain.

“Evermore” is even more directly inspired by the fifteenth and sixteenth century Anglo-Scottish wars, mostly fought along the border of the two countries, which Plant had been reading about prior to writing the lyrics. While the lyrics can today seem a tad cliché, they very much recreate the stark space of a battle song. Most Zep enthusiasts already know the story of the song’s creation — a chance incident of guitarist Jimmy Page picking up bassist John Paul Jones’ mandolin at the band’s rented country house-cum-studio, Headley Grange, in East Hampshire, England, during the recording sessions for what would become the band’s fourth album. Sandy Denny, the one-time singer of Fairport Convention, was invited to play the role of the Queen of Light. The archetype re-emerges in “Stairway” as the May Queen and seems to also pervade “Going to California” (itself an homage to Joni Mitchell).

In the Continuum book series 33 1/3 on Led Zeppelin IV, author Erik Davis says gender also plays a role in the song. Davis sees Plant’s Prince of Peace and Denny’s Queen of Light as a real masculine/feminine dynamic, whereas the rock and roll archetype of Page and Plant and the Rolling Stones’ Mick Jagger and Keith Richards represented androgyny and gender blurring. Denny, on the other hand, balances the masculine warrior Plant. She tells of the coming battle and urges the prince to action with lines like “Dance in the dark night, sing to the morning light” and “throw down your plow and hoe, race now to my bow.” Significantly for her involvement, Denny broke into Zep’s male ‘division-of-four’ that was the band’s trademark – literally. She was awarded a symbol of three pyramids by her name in the credits of the album sleeve. Denny also cements the band to the contemporary ’60s English folk scene, by which Zeppelin, and Page especially, were very much influenced. Groups like Fairport, Incredible String Band, and Pentangle – with it’s dual guitarists Bert Jansch and John Renbourn – provided much early inspiration for Page’s conception of Zeppelin.

The Queen of Light took her bow and then she turned to go
The Prince of Peace embraced the gloom and walked the night alone
Oh, dance in the dark night, sing to the morning light
The Dark Lord rides in force tonight, and time will tell us all
Oh, throw down your plow and hoe, race now to my bow
Side by side we wait the might, of the darkest of them all
I hear the horses thunder down in the valley below
I’m waiting for the angels of Avalon, waiting for the eastern glow
The apples of the valley hold the seeds of happiness
The ground is rich from tender care, which they do not forget, no, no
Dance in the dark night, sing to the morning light
The apples turn to brown and black, the tyrant’s face is red
Oh, war is the common cry, pick up your swords and fly
The sky is filled with good and bad, mortals never know
Oh well, the night is long, the beads of time pass slow
Tired eyes on the sunrise, waiting for the eastern glow
The pain of war cannot exceed the woe of aftermath
The drums will shake the castle wall, the Ringwraiths ride in black, ride on
Sing as you raise your bow, shoot straighter than before
No comfort has the fire at night that lights the face so cold
Oh, dance in the dark night, sing to the morning light
The magic runes are writ in gold to bring the balance back, bring it back
At last the sun is shining, the clouds of blue roll by
With flames from the dragon of darkness, the sunlight blinds his eyes 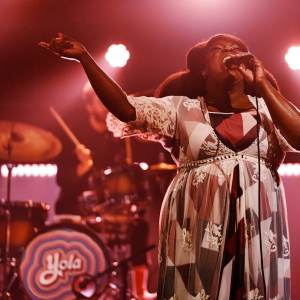 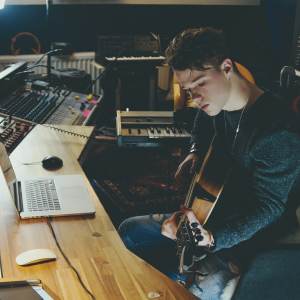