Leonard Cohen has a message for the musical community — stop covering “Hallelujah.”  “I was reading a review of a movie called ‘Watchmen’ that uses it, and the reviewer said ‘Can we please have a moratorium on ‘Hallelujah’ in movies and television shows?’ and I kind of feel the same way,” he told The Guardian. “I think it’s a good song, but too many people sing it.”

“Hallelujah” might as well be called be the song that launched a thousand covers, with artists like k.d. lang, Kate Voegele and Rufus Wainwright recording and releasing their own versions of the 1984 classic.

The most successful cover goes to Jeff Buckley, however, who included a hauntingly beautiful version of “Hallelujah” on his much-lauded 1994 album Grace. Buckley’s “Hallelujah” finally put the song in the spotlight a decade after its initial release.
Contestants on both American Idol and the U.K.’s X Factor have also used the song. Going out on a limb here, but that probably inspired Cohen’s desire to cut off the covers more than renditions by Wainwright or Buckley ever did.

Cohen does see a silver lining in the “Hallelujah” over-saturation, though: record label revenge, in the form of royalties.
“I was happy the song was being used, of course,” said Cohen. “There were certain ironic and amusing sidebars, because the record that it came from which was called Various Positions– [a] record Sony wouldn’t put out (it was eventually released on indie label Passport). They didn’t think it was good enough.” 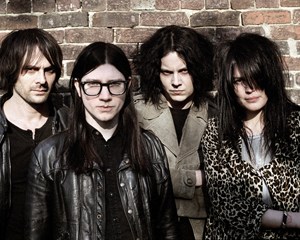