Three astounding discarded verses shared by the man himself from his epic song “Democracy,” and his reasons why they were discarded

Sitting in the sparsely-appointed kitchen of Leonard Cohen’s modest Tower of Song in mid-L.A., drinking coffee with the man, there was the thought that, “Okay, this is where it happens. This is where a man could spend ten years, if not more, writing one song.”

Yet it wasn’t just any man. It was a true hero of songwriting, Leonard Cohen. A champion.

Nor was it just any song. It was a Leonard Cohen song, which is to say an ambitious epic of proportions previously unknown to humans, songs which could only emerge and form under the steady, keen focus and expansive brilliance of this one humble man. He wasn’t working on little one-reel comedies, after all. He was making Cecil B. DeMille movies. Songs like “Hallelujah” and “Democracy.”

The spartan calm of his home was not random. The idea was to remove all potential distractions, and whittle down the amount of decisions required to a precious few, to focus only on what mattered most: the song.

For example, instead of expending energy on inconsequential decisions, such as what to wear, his closet was filled only with black suits, nothing else. It was a clean slate from which to start each morning.

He even adopted the role of the ascetic monk, devoted to work and God only, nothing extraordinary. It wasn’t about waiting for anything. He considered the idea of inspiration as an unhealthy myth.

Always he’d return to his basic premise, that there was no great genius here, only, as he said, “the apetite to regain my own self-respect.”

To him songwriting was about full employment, the hard work necessary to fully realize the song. He took pride in being fully-employed in the service of the song. Nothing drove him more. Even when spending weeks as a monk on the top of Mt. Baldy, as he would often (his email address had `baldymonk’ in it), Leonard’s meditation was always on the song. Given the chore to sweep all the rooms silently for an hour, he’d happily sweep while internally struggling with that 17th verse.

“I haven’t had an idea in a long, long time,” he said. “And I’m not sure I ever had one.” He even quotes his friend the great Canadian writer Irving Leighton, who said, “Leonard’s mind is unpolluted by a single idea.”

Yet in fact he was doing work based on ideas that were quite original, especially in terms of popular song, and ambitious. “Hallelujah” explored the meaning of holiness in these unholy times. “Democracy” explored the true meaning and implications of the word democracy, and the idea that this American experiment was still in fragile formation. It was a vision borne, as he said, before the 1992 riots here in the streets of L.A., and long before the protests still raging at this American moment.

For someone who insisted he was without ideas, he was calmly, patiently working daily on several ideas way too unwieldy for most mere songs. Instead he wrote what can only be termed “Leonard Cohen songs.” If they took years of writing and rewriting, as they did, he would spend years writing each one.

Evidence of this are the verses he wrote and then decided – never randomly – to discard. During our discussion of what was not an inclination but a need to create songs in this lengthy, laborious fashion, he said, “When the vacuuming stops, if you’re interested, I can take you upstairs to show you my notebooks of revisions.”

If I was interested? More Leonard humility. Akin to Houdini saying, “If you’re interested, I can show you the secret to my magic.”

But would he really show entire verses that were cut? And were they any good? Would he allow them to be preserved and printed? And would he explain why they got discarded?

The answer to all these questions was, thankfully, yes. For few better examples of the songwriter’s mission – painted in the bold colors of Leonard Cohen’s boundless genius – exists. In these discards, and especially in his beautifully eloquent explanations of why they got discarded, is the true achievement of the man. Sure, it’s already there in the songs themselves. But if any doubt exists still about the depth of the investment required to create “Suzanne” or “Hallelujah” or “Democracy,” read this. He put more serious, deep thought into why a verse should be cut than many songwriters bring to writing one.

It was extraordinary then, and even more so now, as these unpublished verses reflect so specifically this volatile American moment, this long season of lockdown, division, protest, riots, pandemic, misinformation, intolerance, injustice, fear, death and rage. All intersecting in this surreal summer of 2020, months before the next presidential election.

This from a man who said he had no ideas.

We went upstairs into his small office. On the bookshelf were leather volumes of his hand-written song notes. We sat on the floor and he started paging through. Several of these volumes contained verses for “Democracy.” Like most songwriters, I was impressed by the brilliance and ambition expresed. His hope was to write a song which said “everything that was going on in America.” Everything!

This, like all his reflections on his own work, were as wise, poignant, funny and unexpected as the lyrics to his songs. Both the keepers and the discards.

“I wanted a revelation in the heart,” he said, “rather than a confrontation.”

Most songwriters, I told him with some awe, might have come up with two of these verses, and felt their job was done.

He smiled at that idea, and then answered.

LEONARD COHEN: I’ve got about sixty [verses for “Democracy”]

The one I chose seemed to be the one that I could sing at that moment. I addressed almost everything that was going on in America.

I said, “I don’t think it’s going to happen that way. I don’t think this is such a good idea. I think a lot of suffering will be the consequence of this wall coming down.”

But then I asked myself, “Where is democracy really coming?” And it was the U.S. A.

But I had verses:

It ain’t coming to us European style:
Concentration camp behind a smile.
It ain’t coming from the east
With its temporary feast
As Count Dracula comes
Strolling down the aisle…

So while everyone was rejoicing, I thought it wasn’t going to be like that, euphoric, the honeymoon.

So it was these world events that occasioned the song. And also the love of America. Because I think the irony of American is transcendent in the song.

So I wanted to have that feeling in the song too. But I treated the relationship between the Blacks and the Jews. For instance, I had:

I wanted a revelation in the heart rather than a confrontation, or a call-to-arms or a defense.

There were a lot of verses like that, and this was long before the riots.

From the church where the outcasts can hide
Or the mosque where the blood is dignified.
Like the fingers on your hand,
Like the hourglass of sand,
We can separate but not divide
From the eye above the pyramid
And the dollar’s cruel display
From the law behind the law,
Behind the law we still obey
Democracy is coming to the U.S.A.

There were a lot of verses like that. Good ones.

The thing is that before I can discard the verse, I have to write it. Even if it’s bad — those two happen to be good, I’m presenting the best of my discarded work — but even the bad ones took as long to write as the good ones.

As someone once observed, it’s just as hard to write a bad novel as a good novel. It’s just as hard to write a bad verse as a good verse. I can’t discard a verse before it is written because it is the writing of the verse that produces whatever delights or interests or facets that are going to catch the light. You can’t discover that in the raw. The cutting of the gem has to be finished before you can see whether it shines.

From Songwriters On Songwriting, Da Capo Press, by Paul Zollo.

It’s coming through a hole in the air
From those nights in Tiananmen Square
It’s coming from the feel
That this ain’t exactly real
Or it’s real, but it ain’t exactly there
From the wars against disorder
From the sirens night and day
From the fires of the homeless
From the ashes of the gay
Democracy is coming to the USA

It’s coming through a crack in the wall
On a visionary flood of alcohol
From the staggering account
Of the Sermon on the Mount
Which I don’t pretend to understand at all
It’s coming from the silence
On the dock of the bay,
From the brave, the bold, the battered
Heart of Chevrolet
Democracy is coming to the USA

It’s coming from the sorrow in the street
The holy places where the races meet
From the homicidal bitchin’
That goes down in every kitchen
To determine who will serve and who will eat
From the wells of disappointment
Where the women kneel to pray
For the grace of God in the desert here
And the desert far away:
Democracy is coming to the USA

It’s coming from the women and the men
O baby, we’ll be making love again
We’ll be going down so deep
The river’s going to weep,
And the mountain’s going to shout Amen
It’s coming like the tidal flood
Beneath the lunar sway
Imperial, mysterious
In amorous array
Democracy is coming to the USA

I’m sentimental, if you know what I mean
I love the country but I can’t stand the scene
And I’m neither left or right
I’m just staying home tonight
Getting lost in that hopeless little screen
But I’m stubborn as those garbage bags
That time cannot decay
I’m junk but I’m still holding up
This little wild bouquet
Democracy is coming to the USA 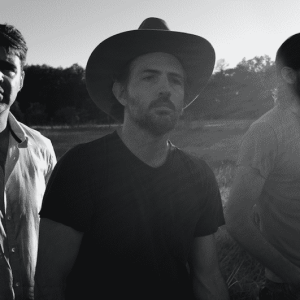 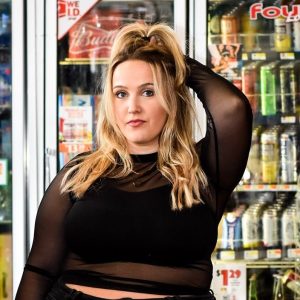