Unrequited love is a hell of a thing. Then there’s the impending heartache that often transpires from this one-sided devotion. Yes, Limahl has been there. “Boy oh boy, can we talk,” he laughs. “I’ve so been there.” In retrospect, the artist has had his share of tumultuous love and reflects on the heartbreak on “Still In Love.”

Limahl’s first solo single in more than eight years, off his upcoming EP—his first release in nearly 30 years—“Still In Love” is a soulful and sultry pop ode to the darker side of love, that recurrent backfire of amore, and finding oneself after being crushed by it.

“These lyrics just flowed out of me so easily,” Limahl tells American Songwriter. “As the Andrew Lloyd Webber song from ‘Chess’ [the musical] says, ‘I Know Him So Well,’ only too well. Heck, that could be a little side career—agony uncle to the stars.”

“To me, it musically feels like waves on an ocean or lake which are swaying between musical tension and the resolving of the chords, harmonics,” says Limahl. “I particularly like the way the verses introduce audiences to the slightly lower register in my voice—especially the second line, cause I’m thinking of you, as opposed to ‘Too Shy’ (with Kajagoogoo) and ‘Never Ending Story,’ which are note-heavy on the scale.” Still, Limahl is not one to shy away from hitting those higher notes and offers a tease of his register on the track. “That’s where people will probably ask ‘oh where do I know that voice from?’” he says.

Love. It’s been a recurring theme for Limahl. Before his fantastical hit of “Never Ending Story”—one of three recent TV plugs of his ’80s hits that helped bring a resurgence to his music, and five-fold Spotify streams, after it was featured on the Netflix series “Stranger Things” in 2019—Limahl had love on the mind back in 1983 with debut single, post his Kajagoogoo departure, “Only For Love.” He also couldn’t help slip in Colour All My Days’ “Love In Your Eyes” and the title track from his third album, “Love Is Blind” in 1992.

“I’m just not afraid to use the word love,” he says. “Thousands and thousands of songs are related to it—finding it, losing it, crying from it, elated by it. In that respect, I’m not that different.”

Lyrically, artists today tend to jump right into sex, but Limahl says it was already done—in 1987. “These days, younger artists are maybe more in your face about it and simply get down to talk about sex,” says Limahl. “They might think they’re breaking new ground, but George Michael did it spectacularly in the mid-80s with ‘I Want Your Sex,’ which was banned by some radio. Funny, but it seems tame nowadays.”

When it comes to love, Limahl is a chocolate and flowers kind of guy. He’s old-fashioned that way and is even roused to recite Cole Porter’s 1934 Anything Goes hit “I Get A Kick Out Of You”: I get no kick, from champagne / Mere alcohol doesn’t thrill me at all / So tell me why should it be true / That I get a kick out of you.

“As a side note, this song even mentions cocaine and that was 1934,” says Limahl. “It’s fun to play, and a challenge with lyrics. I did debate using the word suicide on the verse of ‘Still In Love,’ but it’s all about the context isn’t it.”

Penned with Markus over a 12-month period via email and file transfers, “Still In Love” also marks the first time Limahl is self-producing his own work. “It was very organic,” he says. “It’s nice to have no pressure, no big corporates breathing down our necks. He [Markus] sent me a few ideas. I chose a couple that I naturally leaned towards, and it grew from there.” Then, Limahl flew to Cologne, Germany to record the vocals, guitars were later added, and “Still In Love” was locked in.

Under the umbrella of larger record companies since the beginning of his career—including EMI from 1984 debut Don’t Suppose and follow up Colour All My Days—Limahl wanted to go more DIY on this new project.

“The big record companies have the clout and budget to press a lot of the right buttons, which can make the marketing a lot easier,” says Limahl. “The downside, if you wanna call it that, is the pressure to deliver because your contract states three albums in three years, and you just might not be feeling creative within that time span.”

Unchained, he’s making music the way he wants and says piecing together the new EP on his own has been freeing. “It certainly is liberating to be able to be involved in all the decision making but really the creative industry is all about compromise and you have to be willing to participate in that,” says Limahl. “We’ve all witnessed artists who maybe get too much control over every aspect of their music and career and then disappear up their own ‘where the sun don’t shine.’”

Now, “Still In Love” proves that Limahl’s story is a neverending one—of love. Even though the track is slightly dismal in tone, it’s something Limahl doesn’t relate to anymore since he’s been with his partner of nearly 30 years, Steve Evans.

“We’re a match made in Heaven,” says Limahl. Coincidentally, the two met at a gay nightclub in London called Heaven.

“He’s my rock, friend and soulmate,” beams Limahl. “Lucky me, he’s still the fit—sexy fucker. I met him 26 years ago—[and he’s] exactly the same weight as when we met. It puts pressure on me to keep up. We enjoy cycling in the countryside and both go the gym regularly. People say he’s very calming, which is a lovely personality trait.”

Limahl jokingly adds, “He is a bit shy, but not too shy.”

There’s no secret formula to their lasting, requited, love. After several relationship disasters—two in particular that hurt Limahl badly—he has learned that you just have to work at love and put in the effort.

“Create memories, not fights,” he says. “Be willing to compromise and be willing to listen. Great passion is a good start, but it won’t suffice. Trust comes with time, and that’s very important to build.”

Oh, and chocolate and flowers work too. 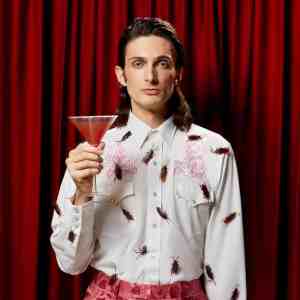 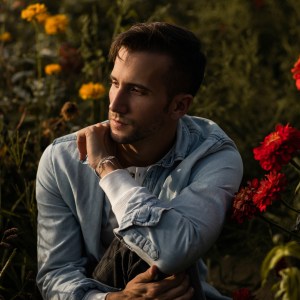