Misinformation about songs and songwriters flourishes

This is the second installation of this series, in which we explore the perpetual glut of misinformation about songs, songwriters and music in general which is published constantly.

Our first installation looked at a single story about who the richest songwriters are, with such a bounty of errors and oddities that it served as an extreme example of this problem. Certainly this is not exclusive only to the world of music; there is misinformation and falsehoods and distortions now about every subject under the sun.

Yet popular songwriting is an art which has an enormous impact on our culture, as well as reflecting that culture. It is so integral to modern life that we take for granted the multitude of powerful, timeless, inspirational and meaningful songs that have been written just during our lifetimes.

Yet fundamental concepts about songwriting are forever getting confused, and it’s a confusion that seems to be expanding in many directions at once. Here are some good examples.

On the Certain Sparks Music Blog, March 11, 2019, Chris Lambert wrote “What Makes A Record Timeless?” It’s an ambitious subject to tackle, as simply defining timeless music with words is tricky. Discovering why songs become timeless is a whole other challenge, and one not surmounted here.

The writer falls early on into a common mistake, which is to equate a song with the record of a song. To analyze what makes a song timeless, he looks first at what makes songs trendy. These are identified as trendy sonics used on records which can seem dated quickly. Examples noted are robotic autotuned vocals, the sound of the R-808 drum machine, and heavily chorused electric guitars.

Yet those elements are not part of the song. They are parts of one recording of that song.

Yet songs are not confined to any one recording. Because of the nature of our music industry today, it’s an easy mistake to make as one ultimate, singular version of a song is released – for example, “Billie Jean” by Michael Jackson. When we think of the song, we think of his voice, the sound of that record, that groove, that bassline, all of it. Yet it is only one recording of the song, despite how powerful or popular it becomes.

A song can be performed at any tempo with any singer, or none, and with any instrumentation. Back in the pre-rock & roll era, hit songs were not relegated always to a single record or artist. More common is that there would be several recordings of one song on the charts at the same time.

For example, “To Each His Own,” written by the late great Livingston & Evans, who also wrote “Silver Bells” and “Que Sera.” In 1946, there were five different versions of “To Each His Own” which became Top Ten hits all at the same time:

Three of these went to #1 on the charts, by Eddy Howard, Freddy Martin & his Orchestra and also The Inkspots. The  version by The Modernaires went to #3, while Tony Martin’s version went to #4. All five hits were in the Top Ten at the same time.

There were also countless other recordings of it which did not chart, including ones by Johnny Hartman, The Platters, Sam Cooke,  Jerry Vale, Frankie Laine and others.

This happened other times, as well, though not with half of the top ten filled by one song. “St. Louis Blues” by W.C. Handy was a Top Ten hit fifteen timesas recorded by different bands and artists. But this was spread over a lot of time, between 1916 and 1953.

So this distinction between a song and a record of the song is a crucial one, but one which is so often lost on people nowadays.

A song is essentially two elements: words and music. All other aspects of it, such as instrumentation, tempo, vocals and the rest are elements of the record. Each record of a song is simply one version of it.

So to define what makes songs timeless by analyzing the trendy sonics used on records through different decades is confusing the blurry lines between song and record even more. Which, in this context, is problematic, because what makes songs timeless is a good question to ask, and one which recognizes the power of songs to last, and to be impervious to time. It is one of the magical and mysterious aspects of song, though not easy to quantify. But it’s a compelling subject to explore.

The writer does mention elements exclusive to the song only, and not the record, which is on the right track. Topical, poetic lyrics, he writes, can cause a song to seem dated, which is true. Any songs based too specifically on timely subjects can be forever rooted in that decade, unless the songwriter widens the scope, so that the timely event is emblematic of a bigger picture. Neil Young’s “Ohio” does this, attached to the Kent State killings of 1970, yet still resonant as ever.

But the confusion here obscures the subject, as when he writes, “Great songs can transcend all of this….sometimes a record can be a pile of trendy new sounds and still go down in history…”

That is true. But that’s the record. Which went down in history? It is jumbled.

Another frequent source of songwriting confusion is the common assumption that the singer of the song is always the one who wrote it. Lately this confusion comes attached to the implication that if the singer is not the songwriter, this is some kind of a scam, or indication that the artist is not doing their job.

Obviously, back in 1946 this confusion never occurred, because it was extremely rare for a songwriter to have a hit version of their own song. Since the age of rock & roll and the singer-songwriter era, this dynamic shifted. Now it suggests that this is a revelation to discover that many singers did not write their songs.

Frank Sinatra is listed, which is correct. He was not a songwriter. Elvis Presley is included, also correctly, as a non-songwriter. But even here they quickly sprinkle some misinformation into the mix by adding:

“What makes matters worse is that those who were responsible for penning songs like `Jailhouse Rock’ and `Hound Dog’ were forced to accept reduced royalty payments due to Presley’s enormous star power.”

No, not exactly. Right guy, wrong songs. It’s true that many songs cut by Elvis were written by others, such as Mae Axton who wrote “Heartbreak Hotel,” but on which his manager the Colonel insisted that Elvis receive songwriting credit also, although he did not write the song. Because of this, those songwriters would receive only half of their songwriting royalties, as the other half went to the singer.

However, “those who were responsible for penning songs like “Jailhouse Rock” and “Hound Dog” were Leiber & Stoller, who wrote both, yet never accepted this deal or received reduced royalties. They were paid in full.

The second name on this list of singers who don’t write their own songs is Elton John.

Yes. Elton John. Who is, as most know, one of the most famous and successful songwriters of all time. Yet his inclusion is presented with some drama:

“We were shocked to learn that Reginald Dwight, better known by his stage name Elton John, didn’t write his own songs. The piano-playing pop icon seems to be the definition of a successful singer-songwriter but the words behind his songs come primarily from his longtime songwriting partner Bernie Taupin. For most of his albums, Elton has provided the music while Taupin has been in charge of the moving lyrics that make so many of Elton’s songs instant classics.”

Here the author recognizes that Elton wrote all the music, yet finds it so shocking that Bernie Taupin wrote the lyrics that he concludes Elton is not a songwriter at all. Whether you write words and music, or only one, though, you’re a songwriter.

Also included on this list of singers who are not songwriters? Marvin Gaye.

“Gaye only started writing more of his own material with his landmark release `What’s Going On,’ wherein he co wrote about half the songs, eventually penning nearly all the tracks alone on subsequent releases like ‘Midnight Love’ and ‘Trouble Man.’”

Oh! So one is also disqualified as a songwriter also if they didn’t write all the songs they recorded. This would include, of course, Bob Dylan, whose first album had one original only. Also The Beatles, who recorded many covers, especially at the start.

Even the language used about songwriting gets jumbled up. When informing us that Rihanna is  not a songwriter (though she has co-written some of her songs), we are told that “most of her infectious R&B anthems are the result of collaborations with unsung songwriters.”

Sorry, no. Any songwriter who wrote one of her hits is hardly unsung. Quite the opposite.

You get the idea. This is already “too much and not enough,” as Dylan once said. Yet we’ve only scratched the surface. There is much more. Stay tuned. 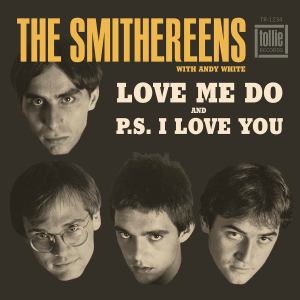 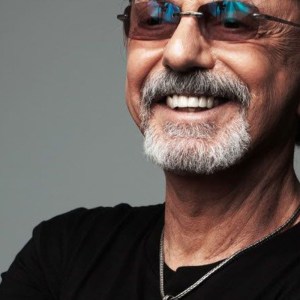