Excerpt from RYAN ADAMS: LOSERING, A STORY OF WHISKEYTOWN by David Menconi, Copyright © 2012. By permission of the University of Texas Press.

Purchase the book here and check out the author’s book blog.

In the fall of 1994, shortly before his twentieth birthday, Ryan Adams had settled into his latest restaurant job at Sadlack’s Heroes (although more than one of his coworkers from back then has said that he didn’t work there so much as hang out behind the counter). A semi-legendary beer joint and sandwich shop in the shadow of the NC State Bell Tower on Hillsborough Street, Sadlack’s was a funky blue-collar establishment populated by a colorful cast of musicians, artists, blue-collar workers, students, and assorted miscreants.

Ryan’s kind of place, in other words. At that time, his boss at Sadlack’s was Eric “Skillet” Gilmore, who also played drums. Ryan and Skillet would get together to jam, and the first version of Whiskeytown began taking shape. The music was a jittery, up-tempo combination of country and punk – not unexpected, given Ryan’s Uncle Tupelo crush and former band Patty Duke Syndrome – to the point of being caffeinated. “Coffee country,” they called it. But Ryan didn’t think Whiskeytown was all that big a stretch from Patty Duke Syndrome.

“When Patty Duke broke up, it left me really depressed and I started writing songs that were kinda country,” he told me in an early interview. “A lot of them were just terribly sad, like ‘Pawn Shop Ain’t No Place for a Wedding Ring.’ Me and Skillet started playing with this other guy, Rags, who played banjo. Then he left and we kept on. We just kind of let the band be its own thing without trying to control it too much. It just so happens it’s kinda country. I think if you stripped away the loud rhythm section from some Patty Duke songs, they could be country songs.”

Rags didn’t last long before departing for parts unknown. But there was a large pool of like-minded musicians hanging around Sadlack’s, including two NC State English majors named Steve Grothmann and Caitlin Cary. A bassist from New Orleans, Grothmann had some jazz chops he later put to good use in a series of funk bands. Cary had grown up in Ohio learning classical violin by the Suzuki Method, eventually taking up country fiddle-playing in a just-for-fun band in Texas called the Garden Weasels. Both joined Whiskeytown as strictly instrumental members, but Cary’s role soon expanded.

“I just started out playing fiddle those first few practices,” Caitlin told me in 2002. “Then I told Ryan, ‘You know, I can sing harmony if you want,’ and it went from there. But even from the very first practice, Whiskeytown was really exciting to me. I had no idea what I was getting into and I didn’t take it all that seriously. But right off, I knew it was really good.”

Caitlin would sing lead on only one song in Whiskeytown’s recorded output, 1995’s “Matrimony.” But her vocal harmonies with Ryan soon emerged as a Whiskeytown signature, and the one consistent sonic element of the band’s three-album existence. Onstage, Caitlin also served as a beloved matriarch figure, soothing ruffled feathers whenever Whiskeytown’s antics got out of hand. Everybody loved Caitlin, Skillet Gilmore most of all. Despite the anti-marriage sentiments of “Matrimony,” the two would wed in October of 2000.

By the time she joined Whiskeytown, Caitlin was also a Sadlack’s employee alongside a lanky left-handed guitar player named Phil Wandscher. Phil knew who Ryan was before they met and, in a harbinger of their contentious future relationship, thought very little of him based on that first encounter. It happened at a local open mic night where Wandscher was a regular, performing as a duo with Greg Readling (a future member of Tift Merritt’s first band, The Carbines, as well as the bluegrass group Chatham County Line). Wandscher and Readling would also hang out to watch whoever else showed up, and sometimes things got comical.

“One time this really skittish kid got up with a book of poems he was looking down at, reading them,” Phil said. “And then he got scared and ran offstage. ‘Well,’ I thought, ‘that kid’s a fuckin’ freak.’ Come to find out that was Ryan. Might have been the first time I saw him. But I saw him everywhere after that.”

Wandscher was still learning guitar himself, and he bounced around among a few other local bands. He was also part of the after-work crowd of Sadlack’s employees hanging around Skillet’s house, and he decided he wanted in on Whiskeytown. So one night, he made a bold declaration to Ryan: “I wanna play guitar in your band.” Phil signed on as Whiskeytown’s lead guitarist and occasional songwriter/lead vocalist. But his primary role would be Ryan’s instrumental foil, mirroring Caitlin’s vocal-foil role.

In retrospect, it’s somewhat surprising that Ryan’s breakthrough group turned out to be a country band that sounded like Gram Parsons sitting in with the Rolling Stones at their most ragged. To that point, there had been little classic rock and even less country evident in the music Ryan played since he’d come to Raleigh. Indeed, college-radio indie rock like Sonic Youth or Superchunk seemed like more important reference points than the Stones or Parsons.

“When Ryan and I lived together on Daisy Street, he’d come home and I’d be drunk and listening to old Rod Stewart or Rolling Stones records,” said his former roommate Tom Cushman. “He’d make fun of me for listening to that old-fart stuff because he was listening to Sonic Youth, Faust, Can – this really abrasive, inaccessible indie rock.” 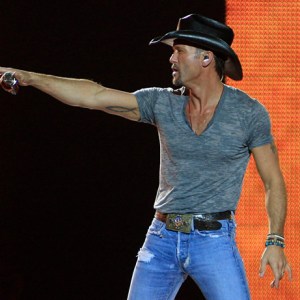