It was coming up on the two-year anniversary of his “Threw Me To The Wolves” song release, and Jared James Nichols felt particularly inspired. The 2020 song received critical acclaim upon its release and showcased the blues rocker’s polished guitar skills. In fact, “Threw Me To The Wolves” was dubbed to have one of the “10 Best Guitar Solos of 2020” by Guitar World.

So, Nichols decided to revisit “Threw Me To The Wolves.” But this time, he was going to approach the single with a few talented friends.

On March 11, Nichols released four new versions, or b-sides, of “Threw Me To The Wolves.” In addition to a new 2022 mix and a live recording from Carter’s Vintage Guitars, Nichols created two more versions with country songstress Maggie Rose and guitarist Joe Bonamassa.

“Revisiting ‘Threw Me to the Wolves’ brings a wave of emotions (good and bad) right back to me,” Nichols said in a statement. “I have grown and evolved so much as an artist the past two years, finding myself going deeper and deeper into my music. ‘Threw Me To The Wolves’ has grown as well, and its meaning has become even more profound to me personally. Although we all come from different walks of life, the wolf can signify individual struggles, of which we’ve all had plenty in the last couple of years: love, loss, betrayal, revenge…any of it. The incredible interpretations and collaboration with special guests Joe Bonamassa and Maggie Rose is an absolute dream come true.”

“I met Jared James Nichols at the Gibson Garage in Nashville, and we became fast friends,” Maggie Rose commented. “He is as warm as he is talented and I was so honored to be a small part of such an undeniable rocker like ‘Threw Me To The Wolves.’”

Listen to “Threw Me To The Wolves (Moody Version) (with Maggie Rose)” below. 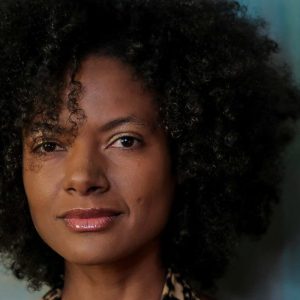