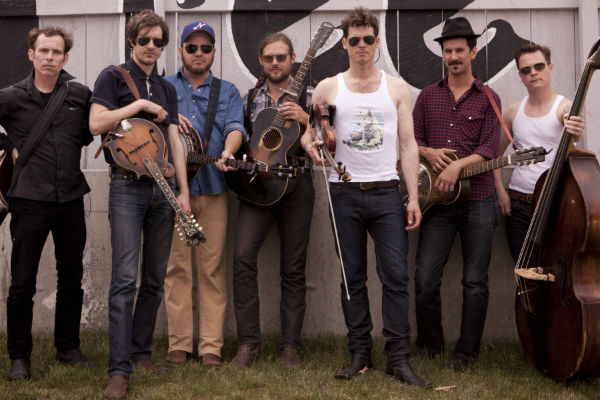 A seed of inspiration tumbles out of the ether, hoping to fall on fertile soil and germinate in the abundant imagination of its recipient. With encouragement and nurturing, that creative soul – or souls, in collaboration – cultivate the seedling and, with care and patient pruning, allow it to blossom into the familiar form we’ve come to know as the popular song. It’s a mysterious, miraculous process. Where only silence existed before, there now resounds a combination of notes, language, and rhythm that, with adequate rendering, packs the power to warm hearts, move feet, induce tears, provoke introspection and/or perhaps even tickle funny bones.

This has been going on for a very long time – at least since the late 16th Century, when some now-long-forgotten troubadour first picked and grinned “A New Northern Dittye Of The Lady Greene Sleeves” in verse-chorus-verse-chorus structure. In those bygone days, a tunesmith lacked access to recording devices – or even, in many cases, education – so one traveling player learned his repertoire aurally from another. Human memory, being imperfect and subjective as it is, only served to allow those hand-me-down arrangements to imitate their prototypes, not to duplicate them exactly. And surely, many performers would deliberately adapt a composition to suit their own styles – to “make it their own,” as’t were. Thus, we are the beneficiaries of a multitude of “Stagger Lees,” “Corrina, Corrinas,” and “John Henrys” – and even a couple-a “Louie, Louies,” for criminy sake!

Ultimately, a song like “Greensleeves,” in its present form, is the fruit of collaboration between countless co-creators who, more than likely, never met and probably even made their various contributions to the whole during different decades. Amazingly, this same evolutionary creative process can still occur, nearly as organically as it did in centuries past, with remarkable results.

Much has been written of late about the circuitous, four-decade wobble of “Wagon Wheel” to bona-fide hit status. Originally conceived by Bob Dylan in 1973 – under the working title, “Rock Me Mama,” with a credit to A. Crudup – its rudiments were recorded for the soundtrack to Sam Peckinpah’s Pat Garrett And Billy The Kid. In those Mexico City sessions, Dylan laid down some chord changes, a mumbled melody, and an infectious chorus, containing what I can only surmise were temporary “place-saver” lyrics. I mean, is it conceivable that Bob freakin’ Dylan could have been satisfied with a simile as inexact as “Rock me, Mama, like a wagon wheel?” Sure, the sucker sings great, and it’s hooky as all get out – but even the genius himself evidently didn’t feel adequately motivated to polish off this dram of extemporaneous froth.

On a side note, this is not the first time “place-saver” lyrics have found themselves leading the Hit Parade. In the mid 1920s, lyricist Irving Caesar was merely trying to catch 40 winks between parties, when composer/collaborator Vincent Youmans woke him with a “plunk … pa-plunk” figure on the piano keys. Youmans, certain he was onto something, badgered Caesar into attaching lyrics tout suite. Wanting to resume napping post haste, Caesar blurted out, “Tea for two, and two for tea. Just me for you, and you for me …” He never intended those lyrics to stick. Surprise, Mr. Caesar! “Tea For Two,” with those blathered, off-the-cuff rhymes, became the biggest copyright of the Roaring Twenties.

Flash forward two decades from Dylan’s Mexico City sessions. A ninth grader, with the unlikely moniker of Critter Fuqua, on a jaunt to London, discovers a bootleg album containing Dylan’s unfinished “Rock Me Mama.” Back home in Virginia, Fuqua’s pal/Old Crow Medicine Show co-founder, Ketch Secor, expresses a desire to work the thing up. And, since the verses were wordless, teenaged Secor had the bald-faced temerity to just go ahead and finish off a work-no-longer-in-progress long-since surely forgotten by its creator. The band cut the Dylan/Secor collaboration – now re-titled “Wagon Wheel” – on an early independent album, then again, on their initial major label release, 2001’s O.C.M.S. Twelve years later, Old Crow’s “Wagon Wheel” single was certified platinum. And, in those intervening years, the song was covered by a number of other artists, including one of the biggest acts on the planet, Mumford and Sons.

There is considerable irony that Darius Rucker served as the delivery system, bringing “Wagon Wheel” to its widest constituency as a multi-week #1 country hit. A self-described Dylan freak, Rucker originally failed to see the song’s potential – for him, as a country music artist – until an arrangement performed by the faculty band at his daughter’s high school changed his mind. “I’m sitting in the audience,” Rucker recalls. “They get to the middle of the chorus, and I turned to my wife, and I go, ‘I’ve got to cut this song.’” Rucker’s first collaborative encounter with Dylan, however, was not quite so copacetic. Hootie and the Blowfish’s third single “Only Want To Be With You” quoted several lines verbatim from Dylan’s “Idiot Wind.” What Rucker intended as an homage to his hero led to an out-of-court financial settlement.

And so, guided by the hand of Serendipity, one troubadour’s fragment of a song idea is passed through the decades to another and, yet again, to another, to become a hit song embraced by millions. (By the way, Ketch, if you’re out there, I’ve got tons of old, incomplete worktapes that need finishin’ up.)

This article has been corrected from an earlier version, which listed A. Crudup a “nom de plum” for Bob Dylan. 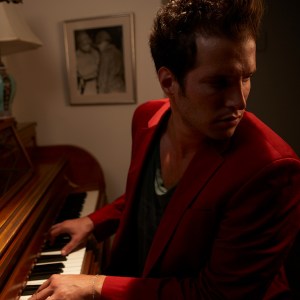 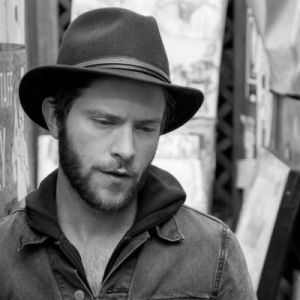