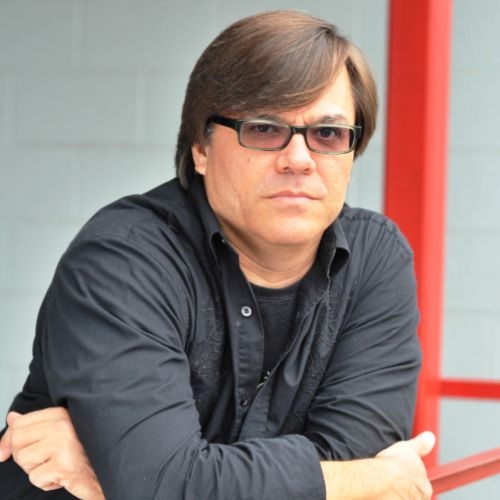 As competitive as the songwriting/music-publishing game is (and, it gets more so every day), Nashville remains a place where songwriters can find real community. While continuing to develop his or her song craft, every tunesmith’s next job is to make friends. Whether or not your songs climb the charts will eventually depend on the relationships you develop now and maintain throughout your career.

So … Now that you’ve carted your axe and your chart-topping dreams to Music City from the cornfields of Iowa or the swamplands of the Sunshine State, where do you begin creating those all-important friendships and alliances?

For well over 100 consecutive months, between 50 and 200 songwriters, carrying guitar cases, covered dishes, homemade cookies, and six-packs of coke or PBR have converged on a modest brick house in West Nashville. “As the head of the Charlotte (NC) chapter of NSAI, I’d always heard that a peer network was important,” host Doak Turner explains, sitting at the computer desk where he sends out The Nashville Muse to more than 5,000 subscribers. Turner’s slogan for his weekly, online listing of local gigs: Friends don’t let friends play to empty rooms. “So, when I moved here, I decided to get the Class of ’03 together. About 30 writers showed up. It just happened to be on a third Sunday. We’ve been doing it every third Sunday since.” March 18,2012 marked the tradition’s ninth anniversary.

A big persona with an ever-present smile, Turner’s background in promotion and marketing (radio, NASCAR, professional tennis) equips him to act as matchmaker for his guests. Typically, four separate rooms are crammed with writers sharing their songs. During warmer months, a deck, the driveway, and the backyard provide more spots for song circles to form. Scottsburg, Indiana’s Holly Stewart was barely 16 when she first heard about Doak’s event. Soon, accompanied by her father, she was making regular three and a half hour treks down I-65, always planning her trips to include the third Sunday of each month. Now a 19-year-old sophomore at Belmont University, Holly recalls her favorite Third-Sunday memory. On spring break of her 11th grade year, she asked the circle to chime in on her song, “Walking In The Clouds.” This singalong inspired everyone else to break out their chorusy tunes resulting in an instant-choir bonding experience for all.

Third Sunday devotees, however, are not all fledglings. Tunesmith Gary Hannan, from South Africa, first unveiled “Back When I Knew It All” at Turner’s house. That song went on to become a chart topper for Montgomery Gentry. Since then, Hannan has considered Third Sunday his good luck charm. A string of Hannan cuts have debuted at Turner’s house, including Joe Nichols’ #1, “Tequila Makes Her Clothes Fall Off.”

During the first hour, the throng filters in, pals catch up, newbies get orientated, and everyone chows down on potluck and free fixin’s from event sponsor, Bojangles’ Famous Chicken ‘n Biscuits. The host can be found circulating, hugging old and new friends alike, and always making introductions. Music commences in one of two ways. A lone renegade will begin serenading the wallpaper, thus drawing others to gather round. Or, in a room crowded with folks too timid to kick off the afternoon’s hootenanny, one bold soul will just start belting out an opening number. So it was in a room on the lower level as a gregarious, 40-something fellow in dark shades pounded out a raspy, southern-rock-styled mid-tempo. After he had used the same three-chord pattern to accompany at least six, consecutive, musically identical verses, sidelong glances communicated the unspoken question: “Is this song ever gonna end?” Finally, the boisterous troubadour hammered his refrain four more times before finishing – to tepid, but respectful applause.

It was clear that the next two young ladies were first timers. Earlier, I’d spied them schlepping gig bags and potluck items back and forth in front of the house, unsure if they’d found the right address. I soon learned that black-tressed Stephanie is a Vanderbilt student, while strawberry-blond Meaghan attends Belmont. Mercifully – compared to the opener – the girls’ songs were tidy and well-structured, while Meaghan’s sweet, high, breathy voice showed genuine promise. Most importantly, here were two co-ed pals encouraging and supporting each other in their tunesmithing aspirations.

Gathered in the upstairs living room were members of another class. Kurt Fortmeyer, a six-year Third Sunday vet, had the room entranced with a Dave Gibson co-write titled “The Box.” On one past Sunday afternoon, the red-bearded Fortmeyer hit a lick of good fortune when he played a tune in the presence of guitar guru Dave Isaacs, who recorded the song on his next CD. Most every regular recalls making important friends, meeting co-writers, and scoring gigs at Turner’s house. One couple became collaborators of a different kind. They got married.

“Is it my turn?” asked a lanky brunette, her left knee poking through a rip in her jeans. Hannah Aldridge, a tomboyishly beautiful, 24-year-old ’Bama girl, proceeded to wail a stunning, heart-rending country waltz. Poised and confident, Hannah commutes regularly between Music City and her hometown of Muscle Shoals, where she is recording an album with the help of her father, famed country songwriter Walt Aldridge. Much like previous stand-out, up-and-coming Third-Sunday attendees, like solo artists Frankie Ballard and Josh Thompson and Steel Magnolia’s Meghan Linsey, young Ms. Aldridge seems primed to move into the big leagues. Her “Stars Fell On Alabama” plates were not the only out-of-staters parked in the church lot cattycorner from Turner’s house either. Tags with “Live Free Or Die,” “Land Of Enchantment,” and “Famous Potatoes” have occupied those spots as well. And, on this particular, damp, chilly Sunday in February, Doak proudly tallied representatives from six foreign countries.

“You’re gonna hafta expand your house,” jibed a writer who couldn’t seem to locate a single free chair. While Turner admits to grandiose visions, i.e. building a heated shelter over his driveway and deck to facilitate more cold-weather rounds, I couldn’t help but wonder why other towns haven’t mimicked Doak’s initial dream of providing a monthly home where songwriters can create true community. 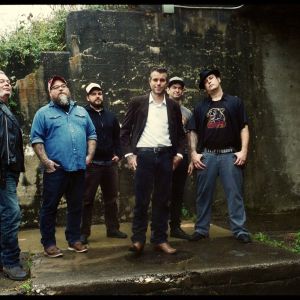 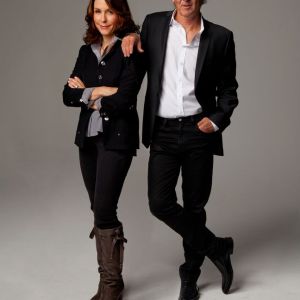