Recently, Jon Pardi took to playing a set on American Songwriter’s Behind the Mic series. The country star energetically gave insights into the creation of his 2019 album, Heartache Medication, and simultaneously offered advice regarding the tricky art of songwriting.

Pardi started what turned into a self-interview as much as an awesome set by stating that he wrote half of the songs on Heartache Medication himself. The other half were written with the help of different songwriters. For example, the title track of the album was co-written between Pardi and American songwriters Barry Dean and Natalie Hemby. Pardi concluded that this implementation of songwriter fellowship was a “good way to write a record.”

The songs he did keep, however, had to be personal.

When it’s not his own song, that song has to feel almost like his own; it has to feel like he could have written it himself.

And when Pardi was prompted to disclose more about his approach to co-writing, he declares that it’s all about the melody. “I prefer to have a melody and an idea. That’s what you gotta start with.” He then continued to concede that you could actually start anywhere… as long as the idea is fresh and new.

“Keep writing. And not every song’s gonna be great. You gotta power through that, and always look for a great melody or a good idea.”

Pardi continued, “One of my favorite things I learned was to read lyrics. [It] helped me understand writing and what we call Nashville writing… and how to piece lyrics together. It’s a good tool to learn from. [And when] you write a song, read it out loud. That’s a good one.”

Overall, Pardi’s Behind the Mic video extends refreshingly genuine and authentic suggestions. Pardi mines songwriting gems all while just having a drink with his audience. (His puppy also makes an appearance after he interrupts himself to yell “Don’t eat my boots!” in the general direction of a French bulldog.)

And in case you missed it, Pardi leaves you with one final call to songwriter action. “To everybody writin’ songs out there: keep writin’, keep on grindin’, keep diggin’ deep in yourself for somethin’. It’ll come. Sometimes it feels like you’ll never get another song, but it’ll come.”

Watch the full Behind the Mic with Jon Pardi below. 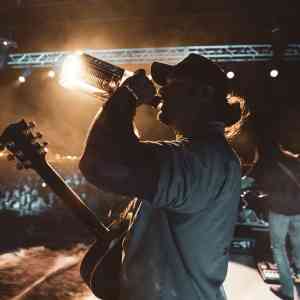 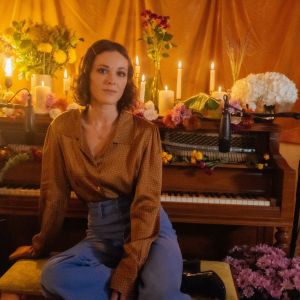