The record draws from acoustic traditions spanning Appalachia and the Ozarks while tapping into a sounds that is both familiar and uniquely refreshing mixing steel string soundscapes with a slightly more pop melody.

Written at turns in a New Orleans rental house, a minivan crossing the Ozarks, and a drafty Massachusetts garage in the middle of a springtime lockdown, Rabbit Analog is imbued with the exhilaration of journeying and discovery, and the emotional encounters that accompany that. Once the lyrics and arrangements were done and dusted, the band headed to Sleeper Cave Records, a recording studio -built in a historic mill in Haydenville, MA- to track.

With the album release, the band sat down to pen a track-by-track of its inspiration.

Click play and read along. If you dig what you hear, consider supporting the band.

Chicopee Kid
Our dear friend Ali Telemsani wrote Chicopee Kid, a ballad with an energetic and driving melody, and we are so grateful that he lent it to us to record. We were drawn to the story of adventure and outlaws told from the first-person perspective of a female character, a rarity in bluegrass music. We had a lot of fun crafting instrumental solos within its meandering and expansive chord progression. After tracking was finished, we felt that this track needed a little extra “grassy” element. Luckily, Lily’s partner Max Wareham is a world-class banjo player, and was kind enough to add the missing ingredient that brought the song home.

Little Hometown
Written in the depths quarantine, Little Hometown is about the tension of wanting to return home when your home no longer exists; the feeling of being untethered, adrift, and deeply lonely- this feeling interpreted musically by pedal steel guitar, masterfully played by Rebecca Branson-Jones. As the lyrics unfolded and we thought further on the concept of calling New England our home, the focus of the song shifted towards acknowledging the Indigenous peoples who stewarded this land long before colonial settlers arrived. Their experiences of displacement (and worse) have been passed down through countless generations, and we want all who hear this song to be aware of the present-day struggle to concede land back to these Nations. Here are a few resources to check out: https://nolumbekaproject.org/  https://landback.org/ https://www.stopline3.org/

Don’t Call Me Lonesome
It was remarkable how effortlessly this song came together, the hook and verses are so catchy. This song ended up having a great freeform energy to it, especially the instrumental bridge, where we explored harmonic modulation and stretched our improvisation with other genre influences (jazz, pop, progressive rock). Throughout, the narrator is insisting that their aloneness is perfectly fine with them despite it being misconstrued as loneliness; a validation of the fact that time spent in introversion is valuable, even if it’s the imposed isolation of quarantining.

Evangelina
This Hoyt Axton and Kenneth Higginbotham number showcases the very best of 70’s country. At this point in the album, the listener is probably aware that we love a beautiful melody, a compelling story, and surprising chord progressions, which this song delivers in spades. Dan Bisson (bass) created the perfect combination between structure and space, Sean Davis’s (guitar) inner steel-string strumming cowboy really shines on his solo, and Mitch Bordage on mandolin joined by Lily Sexton on fiddle lay sparkling string harmonies onto the mix, like a dome of stars in the West.  Rebecca Branson-Jones joined us on this track on pedal steel, completing the backdrop of a vast desert that stands between two lovers.

Louisiana
We went down to New Orleans in January 2020 for the Folk Alliance International Conference, playing and seeing new cities along the way. Each place brought a new adventure and with it a chance to explore a fresh slice of life. So when we reached our destination and were resting at our Air BnB, Louisiana was born from that feeling of opportunity. The song features bowed bass, a weeping pedal steel, and fiddle ornamentals interwoven over a panoramic guitar part. It develops through a dramatic bridge that comes to a point as the character in the song turns to reflect on the familiarity that has been left behind.

One Trick Pony
One Trick Pony is our best attempt at a real pop song, and creating this track was so much fun! Writing the lyrics started with the idiom “one trick pony”, which had a nice ring to it- what unfolded was a hopeless yet playful lament over a lover who only knows how to do one thing: break your heart. The bouncy, dance-able spirit of this tune is incredibly fun to create on acoustic instruments. Sean’s ability to incorporate elements of funk in his rhythmic playing pairs perfectly with Dan’s buoyant bass lines, with Mitch’s driving groove on the mandolin carrying the tempo of the song forward.

Gig Last Night
Being a woman in music (particularly bluegrass/Americana) can be a varied thing. The sweet and victorious moments can be offset by feeling patronized, alienated, underestimated, or invisible. What started as musings on those experiences expanded into understanding that feeling mistreated can lead to inadvertently treating others that way. The dark and sweeping canvas of the minor tonality draws the listener into this dream of self-realization.

Potion
Waltzing in with a big bass strut is Potion. The chords and melody to this song are driving, sweeping and psychedelic, mirroring the confidence present in the lyrics. In a nod to the ancient myth of Icarus, Potion then switches tones to a gentle reminder to remain humble as you aspire to the loftier goals you set for yourself. Sean and Mitch worked on putting together the chord progression and melody and once Dan added the bass part, the song was grooving. Lily, in typical fashion, wrote tasteful fiddle lines and harmonies that elevated the song and gave it a fine layer of polish. As one of the more rock-and-roll oriented songs on the album, we took the opportunity to experiment, and added a little slide guitar to bring it home.

Rabbit Analog
Rabbit Analog is one of our most adventurous pieces and the namesake of the album. The only instrumental on the album, its form evolves further with each band member’s break. Though the various parts are distinct from each other, there are common themes in the melody that persist and keep the song cohesive. Given our choice to track this in one take, it was a challenging but ultimately rewarding, spanning two sessions. Bluegrass fans might recognize that the title of the song / album is a play on words, in reference to the classic number “Rabbit In A Log (Feast Here Tonight” (we know… it’s hilarious).

Keep Talking to Me
The origins of this song go back years, to an icy January night when Lily was the sole bystander at an almost deadly hit and run. Eighteen at the time, Lily waited for help to arrive for the victim  as she tried to encourage him to stay conscious by talking to her. This song is a processing of a traumatic event, and the acknowledgement that the only path to humanity’s healing is our capacity to connect. Max Wareham contributed piano and organ to this track, which bubble up through the bridge before arriving at a final anthem to complete the song. 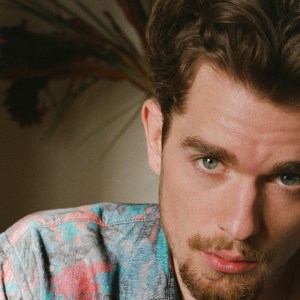 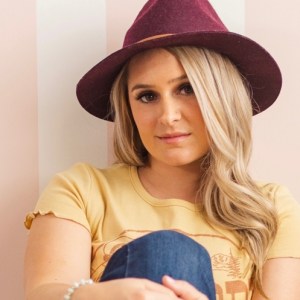