Maren Morris released her major label debut album, Hero, on June 3, 2016. With her particular blend of pop and country, as evidenced with hit singles “My Church” and “I Could Use a Love Song,” the record propelled the Texas performer right into the spotlight. During a conversation with fellow country singer-songwriter Kelleigh Bannen, in a new episode of Essential Album on Apple Music, Morris reflects upon the anniversary and what it meant working with the late acclaimed producer and songwriter Busbee.

“In preparation for this interview, I listened to [the album] yesterday in my car, just driving around Nashville and going to Whole Foods. If anyone saw me, yesterday in my car, I was listening to my own music. It was weirdly emotional. I guess, it dawned on me that I hadn’t really allowed myself to listen to that album since before Busbee died and probably for good reason,” she says. “He’s just so embedded in every tom sound, every kick drum — every bass note is him playing. I was just bawling in my car yesterday, listening to ’80s Mercedes’ and ‘Second Wind’ and ‘Once’ and ‘How It’s Done’ and all these things that he was so influential in creating.

“It ended up giving me such an insight, because I’m in the middle of making my third record,” she continues. “It was a really weird, necessary therapy session yesterday. Just being like, ‘This is back when you gave zero f***s about what anyone was going to say about it. All you cared about was that you loved it.'”

Busbee, known for also working with Keith Urban, Jason Aldean, and Carly Pearce, among countless others, emerged as “one of the greatest vocal producers I think I will ever work with because, and you could probably ask Carly Pearce the same thing, the way that he would just stay on you while you’re in the vocal booth, no matter how long it took, no matter how many notes were too high. He would know how to stretch your voice. He just knew female voices in such a particular way. Whereas a lot of producers now, and even writers I work with, just to do a quick vocal, they’re like, ‘Oh, don’t worry. I’ll fix this with Melodyne later.’

When Morris originally moved to Nashville, back in 2013, she never had an intention to become a performing artist. Her interest primarily lied in songwriting. “I think because I grew up in Texas doing shows, and in a smaller sense, being an artist as a child, I was touring all over the state and doing every chili cook-off and talent show you can think of. I think by the time I reached my early 20s and wanted to move to Nashville, I was very burned out on the idea of being on stage and being in the spotlight,” she offers. “So writing songs for other people was what I wanted to sink my teeth into. I also sucked when I got to town as a co-writer. I had to learn how to write with other people, which is what Nashville is so about.”

“Those first few years were really just me in the trenches honing in on my songwriting and writing with anybody that would be in the room with me. Thank God that ended up leading to some of the people that I’m still close with and write with today, like Laura Veltz and Jimmy [Robbins] and all of those people,” she adds.

But then she wrote “My Church” with Busbee, and it changed everything. “It just kind of rekindled this flame in me of wanting to be the one [in front of] the microphone. I just couldn’t hear someone else singing that song. I think that’s the song that broke the levy. I felt very protective of it and wanted to sing it myself.”

In the discussion, Morris digs deeper into production and influences on Hero, auditioning to be on Zedd’s “The Middle,” and winning big at the 2017 Grammy Awards. Listen live next Thursday (June 3) when the conversation premieres at 1 pm EST. 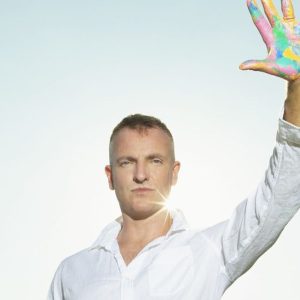 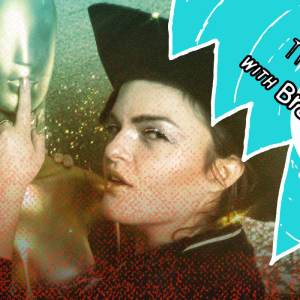