As all four of the Beatles began to strive for artistic identity in the tricky solo realm, Ringo Starr began to carve out a different kind of sound from the rest of his former bandmates. He opted for something a little poppier and a little lighter than the experimental rock of McCartney, Lennon, and Harrison.

By 1973, Starr already had two full-length solo albums that had made him a force in the music industry in his own right. Ever the glue guy, for his third effort Starr brought all of the Beatles together in the closest thing fans ever got to a fab four reunion.

The lead single off the album was the somber track, “Photograph.” The song went on to become one of Starr’s most famous solo efforts, notable for his collaboration with George Harrison. Though the song first grabbed audiences for its romantic balladry, it soon went on to take on new meaning in light of Harrison’s death in 2001. Let’s look deeper into the lyrics below.

Diving into the Lyrics

“Photograph” is a sentimental ode to a loss of a lover. In the song’s lines, Starr talks about being haunted by the memory of the relationship with only a photograph to remember them by.

Though that idea is a familiar face throughout pop music, the lyrics take an atypical turn in that Starr has no hope that they will find their way back to one another. Instead, he is resigned to their fate singing now you’re expecting me to live without you / But that’s not something that I’m looking forward to.

I can’t get used to living here
While my heart is broke, my tears I cried for you
I want you here to have and hold
As the years go by and we grow old and grey

Like many of Ringo’s solo singles, the song was written with one of his former Beatle bandmates – in this case, Harrison. Though the duo collaborated a number of times after the group disbanded, this track is the only one attributed to them as a writing pair.

Although the song was originally written about the loss of a romantic relationship, after Harrison’s death in 2001, the lyrics began to take on a new meaning. The loss in the song changed from a lover to one of Ringo’s oldest friends.

Every time I see your face,
It reminds me of the places we used to go.
But all I got is a photograph
And I realize you’re not coming back anymore.

Starr performed the track during a tribute concert for Harrison in 2002, alongside Dhani Harrison, Eric Clapton, Tom Petty, and a handful of other rock greats. The lines in the chorus, written above, became all the more poignant when attributed to Starr and Harrison’s friendship.

“Photograph is by and large considered one of Starr’s best solo works. Upon its release in 1973, the track rose to the No.1 spot on the Billboard Hot 100 – marking the first No. 1 single for the ex-Beatle drummer.

Renowned journalist and Beatles enthusiast Elliot Huntley describes the song as the “stand-out track” for Starr noting, “by a country mile, the commercial high-point” for Starr as a songwriter. Former Mojo editor Mat Show said of the song, “perhaps the single best song of [Starr’s] career and the emotional heart [of his discography].

Harrison’s influence on the song also helped to skyrocket the song to fame. The song took all the best of the Beatles’ hummable and familiar melodies and made it fresh for Starr’s solo career. Humble as ever, Starr later commented on Harrison’s role in their collaboration saying, “I only know three chords and he’d stick four more in, and they’d all think I was a genius.” 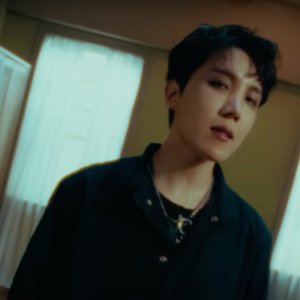