Though Olivia Newton-John is predominately known for playing the wholesome “girl-next-door” Sandy in Grease, she also starred in another cult classic film a few years later—Xanadu.

Leaving Sandy behind, Newton-John played an alluring Greek muse in the fantasy film opposite Gene Kelly. In addition to acting in the film, she also sang the majority of the songs on the soundtrack, including the title number.

A classic disco track, “Xanadu” is still considered one of Newton-John’s major hits, but what exactly does the song mean? Let’s dive into the meaning behind the lyrics of “Xanadu” below.

This song was written for the movie musical of the same name, starring Newton-John alongside Gene Kelly and Michael Beck.

Newton-John plays an ageless, Greek muse who encourages artists Sonny Malone (Beck) to team up with the old-fashioned Danny McGuire (Kelly) to build a roller-skating disco. The club is then called “Xanadu,” which is more or less used as a synonym for a utopia.

Though the film didn’t do so hot at the box office, the soundtrack—which contained all songs by Newton-John and The Electric Light Orchestra—was a hit. The first single, “Magic,” went to No. 1 in the U.S.

In the trailer for the film, Newton-John is dubbed “the girl you loved in Grease” while “Xanadu” plays over clips from the film. The track is not only a standout from the film, it remains one of Newton-John’s most recognizable songs.

ELO frontman Jeff Lynne wrote the song, which turned off many of the group’s hardcore fans who felt they were taking a hard turn into disco. Despite this, their dance-leaning catalog proved very successful and produced some of the band’s most popular works.

The lyrics take the listener into the “Xanadu” club, setting the scene for what awaits visitors amid the neon-filtered lights. Newton-John paints quite the enticing picture as she sings the song, describing a place where anyone can be a “shooting star” and where “the dream in you” can come true.

With a classic disco beat and glitzy, optimistic lyrics it’s no wonder this song found a home on the charts upon its release. Check out a selection of the lyrics below.

A place where nobody dared to go
The love that we came to know
They call it Xanadu
(It takes your breath and it’ll leave you blind)
And now, open your eyes and see
What we have made is real
We are in Xanadu
(A dream of it, we offer you)

The film was the dictionary definition of a box office flop when it was released. The budget for the film was a cool $20 million (to put that in perspective Star Wars was released just three years early and only had a budget of $11 million). To be profitable, movies typically have to gross twice their budget, Xanadu only grossed around $23 million—just barely breaking even.

Ahead of the film’s release, the studio universally canceled press screenings—likely as a result of low confidence in the final product. Once the press did get their hands on it though, they skewered everything from the dialogue, to the pacing, to the plot as a whole.

The roller-disco fantasy was made at a time when disco, roller-skating, and fantasy all were quickly heading toward antiquity. It was the dawn of the ’80s and people were starting to get a taste for sci-fi, heavy metal, and hard drama.

Pretty much the only aspect of this movie that did get a positive response was Newton-John’s performance. Her soaring vocals made Xanadu a cult classic with a modern-day following.

It was also Newton-John that got Kelly to dust off his dancing shoes one last time. “I had already decided about a year and a half before I did Xanadu that I was through with dancing,” he explained in a 1985 interview. “In fact, I wasn’t going to dance in Xanadu, but several journalists told me that Olivia Newton-John kept saying how sad she was that she wouldn’t get the chance to dance with me. So I finally said, ‘All right, throw in a number.’ But I’m through with dancing.” 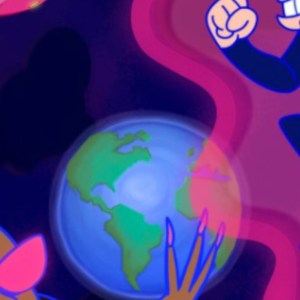 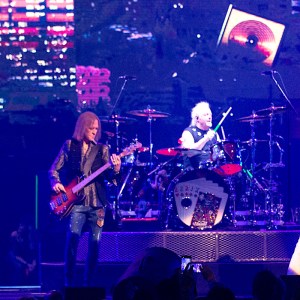