“I’ll have another breakdown,” Meg Myers chants over grimy drum patterns on “The Underground.” A discarded B-side from 2018’s Take Me to the Disco, the tar-black confessional captures her emotional state at the time and serves as an essential backbone to two new EPs. Thank U 4 Taking Me 2 the Disco and I’d Like 2 Go Home Now, 10 songs split between them, are capsule releases, peering behind the curtain to find a woman trapped and suffocated.

When she listens back to these collections, she relives “a very disturbing time in my life,” she tells American Songwriter, “a time where I felt disconnected and without free will, yet that turmoil became a catalyst to my liberation and empowerment.”

“You give me love, give me love till it breaks my back,” she cowers on the tragically bleak “Breaks My Back.” Her voice is cold and numb, yet bubbles violently as it has always done. Since her 2013 debut, Daughter in the Choir, and even more evident with 2015’s underrated Sorry, Myers has always possessed a way about her. She twists her voice around raw lyricism, nearly leaving the listener just as gutted and drained. Now, the musician and songwriter commands even more presence in her work.

There’s something downright chilling when she howls through fuzzy static on “Grizzly” or exposes never-ending adoration with “End of the World,” despite her better judgment. Two years after the album’s release, such entries carry a particular misery only she could have experienced. “At the time, I allowed my collaborators to choose which songs would make it to the album. It was a time when I didn’t feel full control over my creative process and choices,” she says. “When I reviewed the songs that were cut, I realized they were an extremely important part in the story of my healing journey. I decided my fans would appreciate them as a bridge connecting that difficult time to my empowered authentic self expressed in my third album.”

Both EPs largely comprise old material, but two new songs, including the morgxn-starring “i hope you cry,” signal new-found redemption and hope. Morgxn approached her through Instagram, and Myers “felt an instant connection and bond. We were clearly kindred spirits. From there, our collaboration flowed effortlessly and helped us both heal [from] some really painful emotions.”

“Any Way You Wanna Love,” a volcanic entry in her catalog, was an early concept she had shelved. “Don’t have to tell you this world is whack / Who cares if it’s white or black / Tell me what makes you quiver / Shake and shiver,” she hisses. Her lyrics slice deep, directly correlating to her own self-discovery about a divinity she’d long tucked away. “After my awakening, I revisited [this song] with Dave Bassett and found a powerful bridge and reworked lyrics 一 creating a statement that took on a force of its own.”

As strong as she seems, there are fleeting moments of “self-doubt,” she says, often leading her back into old patterns. “Fortunately, now I have more awareness so that when I find myself triggered, I can use my new set of tools to identify what’s real and what’s a result of past traumas.”

“For many years, I felt so vulnerable that I basically checked out and disassociated, and that allowed a lot of people with self interest to manipulate me,” she continues. “Since I broke away from those influences, I’ve connected deeper with myself and am finally trusting my own intuition and choices.”

With her two new EPs, issued on Sumerian Records, Meg Myers finally says “thank you and goodbye” to that chapter of her life. Now, a glimmer in her eyes, she readies her third studio record, tentatively expected in 2021. “I want my listeners to take a journey of awakening with me,” she concludes, finally shutting the door, “in the hopes that they can heal any destructive emotional patterns in their own lives.” 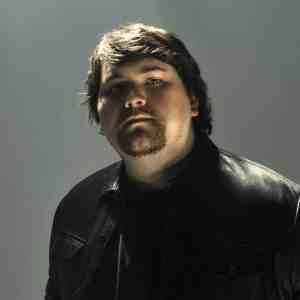 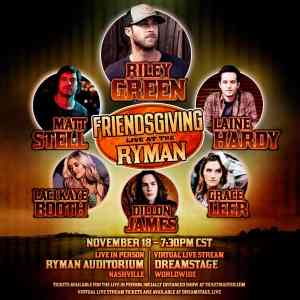