Michelle Branch was arrested in Nashville on Aug. 11 for domestic assault, hours after revealing that she and her husband The Black Keys’ Patrick Carney, were splitting after three years of marriage. Branch reportedly slapped her husband “one to two times” and was taken into police custody but posted her bail of $1,000.

Married in 2019, Branch and Carney had two children together, a son Rhys, born in August 2018, and a daughter Willie, born in February 2021, and lived in Nashville.

“To say that I am totally devastated doesn’t even come close to describing how I feel for myself and for my family,” said Branch shortly after revealing their split. “The rug has been completely pulled from underneath me and now I must figure out how to move forward. With such small children, I ask for privacy and kindness.”

Prior to the arrest, Branch reportedly posted on Twitter that her husband was unfaithful; the tweet has since been deleted.

Branch is set to release her fourth studio album The Trouble with Fever on Sept. 16, which was produced by Carney, with a fall tour to follow.

The Black Keys are currently on tour supporting their 11th album Dropout Boogie. 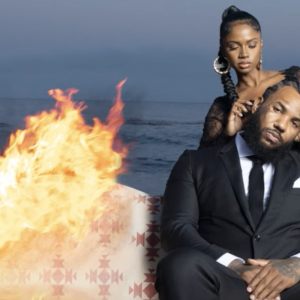